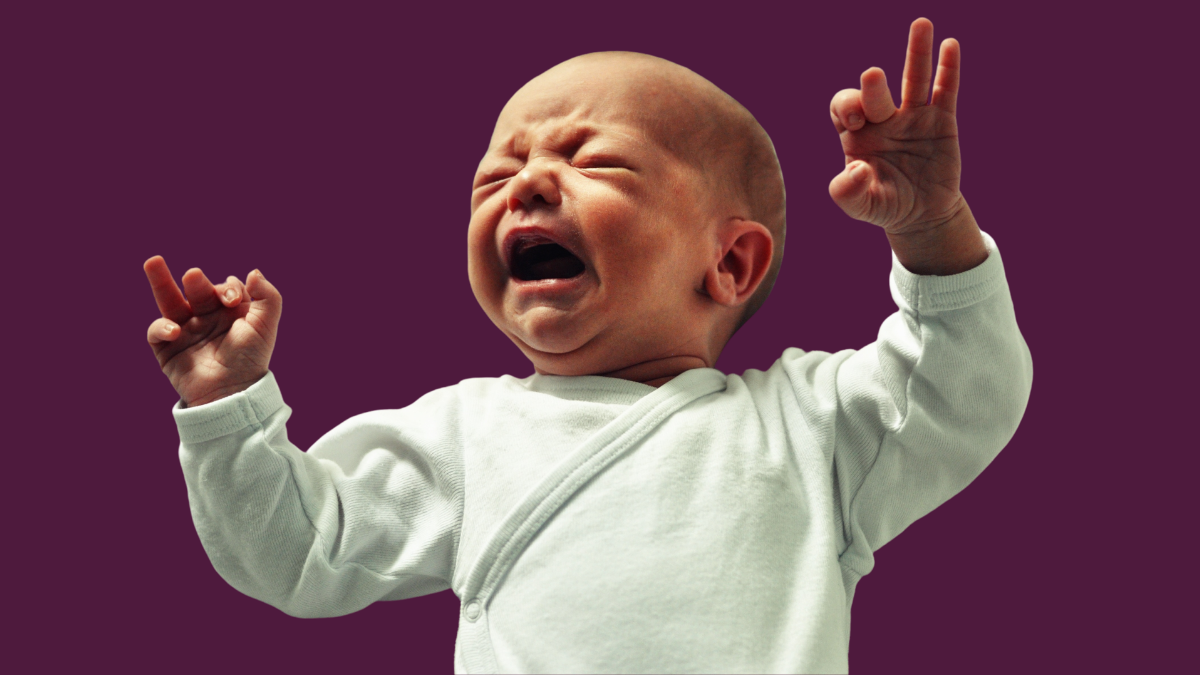 I’m not sure exactly when I expected my son to start sleeping through on a regular basis but I think that I assumed it would be before his third birthday.  I guess that could happen but with only 3 months left on the clock and a mere handful of sleep throughs to his name I’m not holding my breath.

By contrast his 3 month old sister seems to have cracked sleeping through (at least for now, I’m well aware of the potential for sleep regressions, illness and teething to destroy her sleep and my sanity).

So, having experienced the highs and lows of infant sleep (though let’s be honest it’s mostly lows) I thought I would share with you what I have learned on this exhausting journey.

1. You will hate everyone.

Okay, I know that this sounds extreme but sleep deprivation messes with you on such a basic functional level that even simple tasks like brushing your own hair will seem exhausting.  Faced with not knowing when you will manage a stretch of sleep longer than two hours (on a good night) you begin to resent everyone else who is not being woken throughout the night. I vividly remember silently raging at everyone else standing on a train platform when my son was about 8 months old.  Irrational? Yes. Inevitable? Probably.

2. You will massively lower your standards.

This applies to personal hygiene, general appearance, housekeeping, cooking nutritious meals, exercising and pretty much everything else.  In the hierarchy of self care nothing matters more than sleep; basically you are just too goddamn tired to give a shit about anything else.

3. Everyone will tell you to sleep train.

But if you’re not comfortable doing that then don’t be afraid to say so.  If the same people keep mentioning it (spoiler: they will) don’t be afraid to tell them to jog on, it will save on a lot of tension in the long run.  Trust me.

4. You won’t be able to watch films anymore.

I mean, don’t get me wrong, you will attempt to watch them it’s just that you will fail spectacularly.  The sweet relief of a sleeping child, a comfy sofa and a cosy blanket will prove too much.  Most evenings will end at around 9pm with you snoring, passed out in the living room with the TV blaring in the background.

5. You will blame yourself.

At a certain point you will think that you are doing something wrong or that you can control how long your child sleeps for.  You can’t. Do yourself a favour and don’t even entertain the idea.

6. You will laugh at other people who claim to be tired.

Because their weariness is normally self-inflicted and easily cured by an early night which will result in a blissful eight hours sleep.  The level of tiredness you have is based on years of sleeping a maximum of two hour increments, you are dog-tired, you are the personification of burn-out, you are an expert in exhaustion, a master of fatigue, their feeble attempts at tiredness are but an insult to your commitment to chronic wakefulness.

Specifically you will utter the words “why the hell do you keep waking up” under your breath a few hundred times in the dead of night.  It can feel maddeningly lonely when everyone else’s children seem to sleep through from birth. But in the morning light you will forgive your little one and feel guilty for ever wishing to swap them for a sleeper.  Damn you Mum guilt.

8. You will visibly age.

You will marvel at photographs of the beautiful young thing you were BC (before children) and realise that you had never truly appreciated how smooth and unblemished your skin was back then.  Expensive makeup will suddenly seem like a good idea.

9. You will be amazed by your own resilience.

Pre-kids if I had anything less than 7 hours sleep I was useless.  Fast forward to me when I was heavily pregnant with my second child, up 5 times a night with my first, going to work and smashing it, coming home to my awesome family, dinner on the table and feeling like a total winner.  It gets easier and you can do it.

10. Accept that things happen in their own time.

I was told so many times by other people when my child would start to sleep; when he starts solid food, when he crawls, when he walks, when he turns two, when all his teeth are through… the list goes on. In reality this expectation caused me a lot of disappointment and unfair resentment towards my son. I found I was much happier when I accepted that it would happen in its own time and told people not to ask me how he was sleeping.

At some point your child will sleep longer stretches, at some point they will sleep through and your physical exhaustion will be a distant memory.  Keep the faith – you are doing an awesome job.