Seven Baby Items Which Were Probably Designed By Someone Without Children 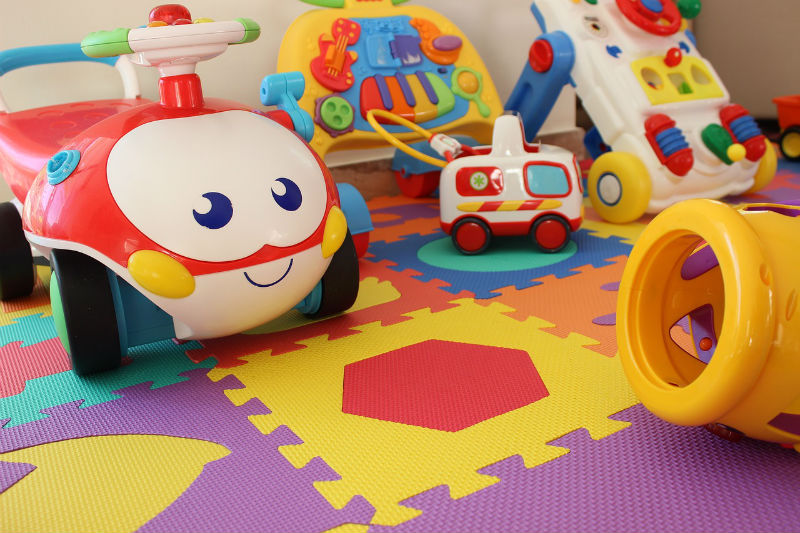 The amount of paraphernalia designed for babies is outstanding. The majority of them are pretty practical and innovative; I remember getting a rear-view baby mirror for the backseat of my car at my baby shower and thinking “this is a gift from someone who has a child and knows what’s actually useful.”

Having said that, for all the clever items there are out there, there is also a whole host of baby gear that you can tell has been designed by someone who isn’t a parent. Someone who naively thinks they know what a mum needs, but hasn’t actually gone through the process themselves.

Here’s a list of some of the most infuriating baby items that you can tell were designed by someone without children.

1. Nappy bins in changing rooms that have no foot pedal.

I learnt about this irritation on my first long road trip with my baby after having to stop off at multiple service stations. I was amazed, and extremely frustrated, at the fact that most of the nappy bins had a lid you had to open with your hands rather than a foot pedal. When you have one hand holding feet (and often exploratory hands as well) away from the mess, and another hand holding a “could spill over any second now” dirty nappy, there is no third hand to open up the nappy bin.

On the subject of changing rooms… Most of the communal baby changing rooms in larger places such as shopping centres have been designed quite well. There are plenty of changing stations, a sheet dispenser above each one, hand sanitizer close by etc. HOWEVER, so many of them have one massive fatal flaw – hand dryers! If you’re in a changing room full of babies and someone goes to use a dryer, you can see the panic in the mums’ eyes as the user starts to lift their hands. The unexpected loud noise is guaranteed to startle and set off any baby in that room. Cue uncontrollable crying from the babies and weary sighs from the mums.

3. Clothes for newborns that don’t have poppers down the middle.

It doesn’t matter how cute or precious an outfit is, if it doesn’t have poppers down the middle then it’s more trouble than its worth. I defy any new parent to manage to dress their young baby in an outfit that goes over the head and just has a couple of poppers by the crotch not to curse at the sky and set Baby off crying. Even worse are those outfits that have the poppers go diagonally across the body and down one leg. Babies have bones in their bodies and this makes it rather difficult to gently stuff a limb down the popper-free leg hole. Why not go one better than poppers and just use zips??

4. Baby clothes with buttons and/or pockets.

Whilst I’m ranting about clothes, another design issue that is bound to infuriate most parents is tiny buttons on clothes. These buttons would be fiddly at the best of times, but when you’re sleep deprived and feeling frazzled, trying to slot these small buttons through even smaller button holes is exasperating. And why do baby clothes have pockets? Is it for their baby car keys and baby phone? Not as annoying as other design features, but just pointless. (Particularly frustrating when so many women’s clothes don’t have pockets!)

5. Toys that are attached to their packaging with a million tiny plastic tags.

I never realised how truly annoying these plastic tags were until I started to worry about my child swallowing them. Considering they’re often used to attach teddies and toys that are safe for newborns, it seems counterintuitive to use so many choking hazards, particularly when they somehow become invisible once they ping off the packaging and land somewhere on the carpet.

6. Wipe packets where you can’t take just one wipe out.

Again, this is probably something you can’t imagine being too frustrating until you’re actually trying to change a baby’s dirty nappy in a stressful situation and your one free hand can’t manage to take out a wipe and separate it from the long ream of other unnecessary wipes. It’s particular annoying if you’re using extortionate water wipes and end up wasting them this way. You can practically see the pound coins spilling out of the packet. If some brands can manage it (I’d recommend Aldi’s Mamia if you just want to save your sanity and get one wipe at a time) why can’t all the others??