Dear Brad and Ange, From a Child of Divorce 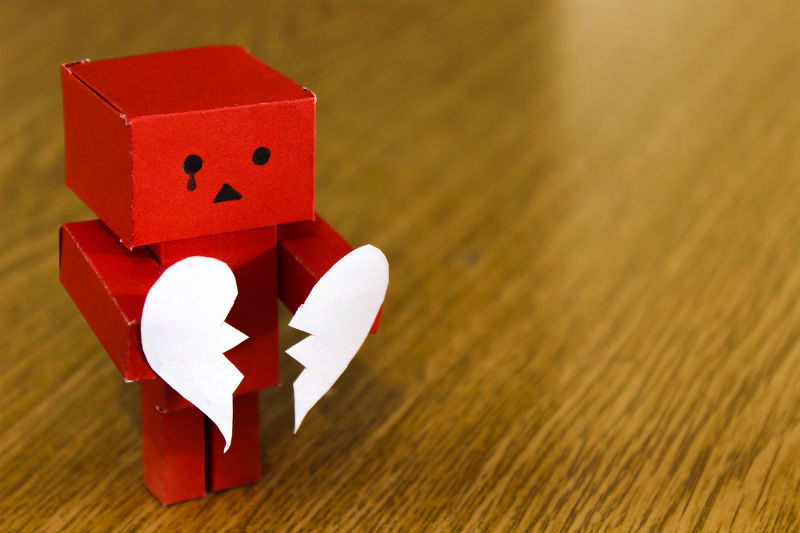 Can I call you Brad and Ange? Considering the amount I’ve learned about you both in the past few days, I feel like we’re definitely on first-name terms. So, you’re getting a divorce? That sucks. I mean, you two are adults and you can thrash out the issues in your personal lives between yourselves, but who this all really sucks for is your kids. All twenty eight of them. (Oh, apparently there are six, it just seems a lot more).

As someone who watched their parents go through a messy separation, feeling well and truly stuck in the middle, I thought I’d try to impart a bit of acquired wisdom in an attempt to maybe make you see if from another point of view.

Ange, me ol’ mucker. We know you’re the scorned woman, that there have been accusations of cheating and general fucking-up levelled against your Husband, but you have an opportunity to be the bigger person. It sucks having to remain silent and will probably give you killer heartburn but think of the end-game.

Brad. If it’s true, well, you’re a bit of a dick and we all think you suck. But that’s not a reason to retreat from your family and make things worse. You suck as a husband but that doesn’t always mean that you suck as a Dad. Kids are a lot more forgiving than ex-wives and you have a chance to make this right with them.

Ange. I hear you’re going for full custody? Is that because you truly believe Brad is a bad Dad, or just because you want to twist the knife after his indiscretions? Take a long, hard look at your reasons for trying to separate a Dad from his kids because if the reasons are anything less than out of concern for them, then they aren’t the right reasons.

Brad. Fight. Fight fucking hard. Because, even if the courts award custody to her and you get denied visitation and don’t see any of them again until they become adults there will be a paper-trail, a record of the fact that you TRIED. If you go out like a damp squib and don’t even bother to fight against it, your kids will always wonder why. Why didn’t Daddy want us? This will likely haunt them, even when they’re 32 years old and have kids of their own.

Ange. Let’s face it, Brad’s a catch. There’s EVERY chance that he’s going to fall into another relationship quite soon and there’s a good chance this will hurt your feelings. DON’T let your kids see this bitterness and certainly don’t take it out on them. Sure, every time you look at Shiloh you’re going to see Brad’s face looking back at you but they are innocents in all of this, not pawns to be used to score points. Also, don’t refer to his new girlfriend as “That Slag” in front of your kids. All that will do is make them feel awkward around this person who will be a part of their lives whether you like it or not.

Brad. If you DO meet someone new and she has kids, DO NOT put these people above your own family. If there’s one thing worse than being a child of divorce it’s seeing your absent parent playing house with someone else’s children and feeling like the third wheel because you don’t see your Dad as much as these other kids do. Also, don’t clear your kid’s things out of their rooms to make room for new kids, kids who aren’t even yours. This hurts more than you’ll ever know.

Ange. If Brad does happen to turn up with a bunch of your kids’ stuff, DON’T store it in the shed and let it go mouldy just so you can say to your kids at a later date “well, all your toys went mouldy just because he wanted to move his NEW family in”. This doesn’t hurt Brad, it hurts your kids and it makes you as big of a dick as him. (I may be drawing a little too much from personal experience here and I don’t know if they even have sheds in Hollywood, but all I know is, I’m 32 and I still mourn the loss of my Barbie Townhouse. That thing was THE BOMB)

Brad. If you do manage to wangle it so that you have access to your kids, DON’T LET THEM DOWN. Don’t arrange to see them and then leave them sitting on their Nan’s windowsill, looking up the road an hour after you were due to pick them up, wondering where you are. Don’t answer the phone only after the tenth time they’ve rung, clearly hungover, having only just woken up and say “I’m really sorry, I forgot”. Nothing makes a kid feel more insignificant than this and it will colour their personality, possibly forever.

The bottom line is this: your divorce is like a playground bully. It will make your kids feel like shit, make them question their worth, they’ll be constantly aware of its presence and although in the long-run it may make them stronger, it ultimately chips away at them and does damage. If your kids were being bullied, you’d pull together and protect them from it. You need to do the same with your divorce.

Don’t sling shit at one another because MOST of it ends up sticking to the kids. Be grown-ups. I’m not suggesting that you do a Paltrow-Martin style ‘conscious uncoupling’ (not least of all because you might disappear up your own bums like they have), but there are good ways and bad ways to deal with a divorce and the ONLY good way is to make sure the kids don’t get hurt. That’s literally your one job.

So. You hear me? PLAY NICE.

A 32-year old, slightly messed up, child of divorce (who misses her Barbie Townhouse and sense of self-worth)

Mum. Wife. Dog owner. Blogger. Housework-avoider. Still deciding what I want to be when I grow up.