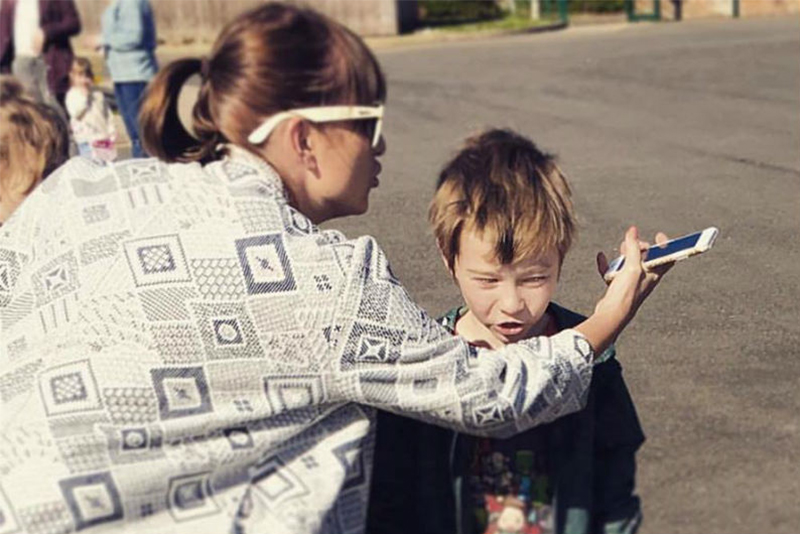 I have a confession. I’m an embarrassing mum…

Before the end of his second term in reception, my eldest son decided he would no longer kiss me in public.

Don’t get me wrong, we still have snuggles, cuddles and kisses at home, but out – especially at school – it was a no-go area.

He’s now seven-and-a-half and this week, he went away on his school residential.

Two nights, three days. Even now, as I am stalking Twitter for every photo of him, my stomach is tight, ready for him to get his feet back onto “home soil” as it were. He might do my head in, but I don’t half miss his pre-teen strops… plus, he’s prone to climbing lamp posts and hanging upside down like Spiderman and I have to say I was positive I’d get a call about broken bones.

THREE HOURS TO GO…unless the bus gets delayed.

Anyway, on Tuesday I dropped him, a suitcase that was bigger than him, and his Aldi carrier bag containing wellies and waterproofs (“can’t we have a Waitrose one mum?”, No you can’t – piss off) at school and said “give me a kiss.”

Perfectly natural don’t you think? He’s going to be away for THREE WHOLE DAYS. Apparently not.

His defensive arms went up, and he recoiled in mortification. “No way!” he said, and before I had chance to say “be good and remember to brush your teeth” he’d given me a quick hug and legged it across the room to the safety of his mates.

STUFF THAT. If he’s going to be away from me, having fun out of MY supervision, I’m getting a kiss goodbye.

So I waited, with some of the other parents to wave them off on the bus. We stood outside the school, and as they started filing out, I positioned myself ready to catch him. Being the child of instagram, he posed – looking only slightly mortified – for a photo, then without warning I pounced.

My friend captured the “embarrassing mum” scene, which I think sums it up better than any words.

Some might say it’s cruel for me to have pounced on him in front of thirty other children and additional parents and teachers. Some may say that deliberately shouting “I LOVE YOUUUUUUU” across the playground to him as he goes into school, and to mum dance with him in public is cruel…and even as I type this I have a wobble.

Then I remind myself. It has taken me 34 years to begin not giving a toss what anyone else thinks about me. To believe in me, and what I do, I don’t want my children to take as long. Therefore to go along with the constant drumming in of “be proud of who you are, what you are, and don’t care what anybody else thinks” I will continue to be that embarrassing mum.

After all, if I say don’t give a monkey’s about what other people think, I should lead by example, dontcha think?