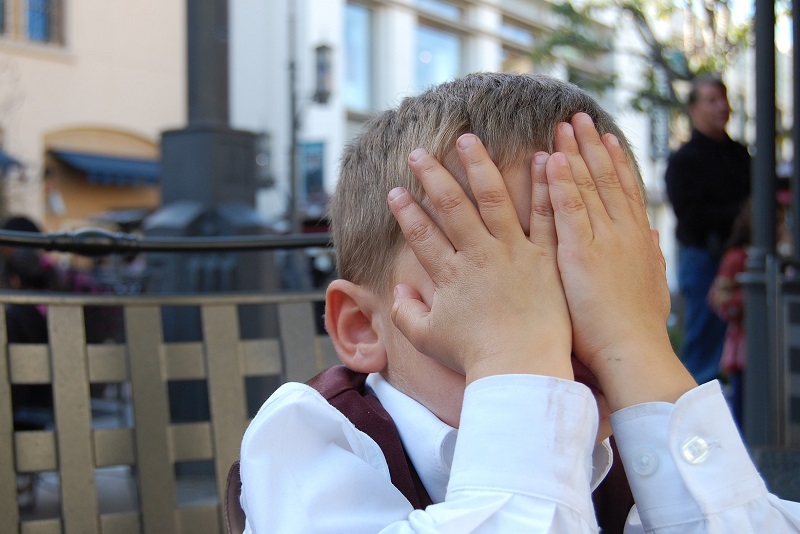 Bringing your partner home for the first time is a big moment, whether you’re a love-struck teenager or a fully-grown adult who moved out years ago. Praying that your parents won’t do anything to cause embarrassment in front of the new love of your life, you knock on the door and hope they choose to greet you with your real name and not that mortifying childhood nickname you can can never seem to get rid of. Remember the scene in Bridget Jones when her Mum says “There you are Dumpling!”

We agonise for ages over choosing a baby’s name. Is it too common or too obscure? Does it go well with our surname? Will it saddle the kid with unfortunate initials? (Boris Johnson’s folks clearly didn’t think about that). In the end though, does your child’s name fill you with pride when you shout it in the supermarket or do you rarely say it at all?

“Does anyone call their children anything but their actual name?”

This question popped up in The Motherload® Facebook community and was pounced upon by hundreds of MOLOs keen to share the truth about what they call their sons and daughters.

So what were the nicknames? Well, to kick things off here are the favourites that came up over and over again. In no particular order, we give you…

That last one has a Best Before Date; you can coo at a squidgy baby girl and pass comment on her pudgy thighs but your teenage daughter won’t appreciate any suggestion she is, or ever was, fat.

There are plenty of foodie nicknames which must be given to babies at that scrumptious stage when it is perfectly normal to say “ooh I could just eat her”. That phrase, taken far too literally, horrified my eldest when she heard a stranger saying it while smiling at her baby sister in the pram. Take your pick though from names MOLOs use to describe just how delicious their little darlings are: Cutie Pie, Angel Cake, Cookie, Pudding, Pancake and Truffle. Three separate suggestions would make a winning combo: Spud, Baked Bean and Cheese. We even heard of “My Little Chicken Fajita”. There was also a little boy called Haribo instead of Harry because he’s so sweet!

Names such as Poppet and Princess were popular too. MOLO Sarah commented: “I always hated that Frances was called Baby in Dirty Dancing and said I would never give my kid a cutesy nickname and now I call my daughter Bunny so often that I honestly think that people think it’s her name!” Remember, nobody puts Bunny in the corner.

Siblings are sometimes to blame for nicknames that stick, like the girl who couldn’t say Maddie so now even her mum calls her little sister Baddie.

As a parent you need a range of nicknames to call upon in a rage, to mutter under your breath or behind your child’s back. Examples that came up in this category include Bumhead, Fanny Face, Turd Burger and Little Shit. There are also the nicknames that maybe should be phased out after potty training; these include Stinky, Poopypants and Sir Trumpsalot.

So there you have it, a gift to new parents deliberating over what to call their beautiful baby. You can now bypass that tradition altogether as you may never use their real name anyway. Just choose a nickname to bestow upon your child before they have any say in the matter. But don’t expect them to thank you in years to come if they can’t shake it off.