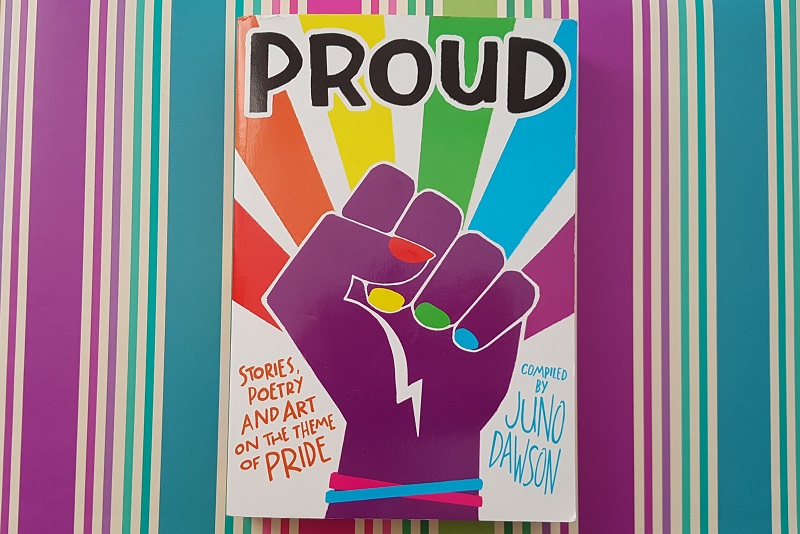 June is Pride Month and as part of the celebration of LGBTQ+ history, we’d like to share some of The Motherload® Book Club’s favourite novels. These are the books that have spoken to us about acceptance, loss, and love in a community that is still not fully accepted within society.

The novels range in time period from war torn Britain to a futuristic world. This time span shows the bravery of a proud community through the generations, from those forced to live hidden in the shadows, to a community living in fear of HIV, and finally to those able to embrace the scientific advances available to them. At the heart of each novel are the men and women who have followed their hearts and been brave enough to embrace their sexuality and gender, paving the way for those following in their footsteps.

The Night Watch by Sarah Waters

Sarah Waters is probably best known for her debut novel Tipping the Velvet which catapulted into our lives in 1998. It shone a light on lesbian relationships in the late 1800s; so much so that when the BBC adapted it for television its sex scenes caused uproar amongst the sensitive public. Whilst Tipping the Velvet is iconic as a mainstream lesbian novel, The Night Watch is my favourite of Waters’ novels. Set in 1940’s Britain under a war time sky, it follows the lives of Kay, Helen and Julia, three lesbians each living with their own secrets and shame whilst the nightly air raids remind them of their own horrifying fragility.

Of the characters, Kay remains my favourite. She takes an active role in cleaning up after air raids and faces unimaginable traumas and tragedies. She is in love with a woman at a time when their love is forbidden and must be kept hidden. To add to her struggle, Kay faces losing her love in a city torn apart by fighting. Waters brings to life the anxiety of maintaining a relationship during one of the most stressful historical periods of the last century. Beautifully written with elegant prose and razor sharp observations, The Night Watch clearly shows the progress gay men and women have made in terms of equality and acceptance.

The Miseducation of Cameron Post by Emily M. Danforth

Set in a small town in Montana in the 1990s, Cameron is a bruised teenage girl coping with the sudden death of both of her parents. Together with her grief, she has an over-riding sense of relief that by their death, her parents will never know that she is gay.  Sent to live with her conservative aunt and grandmother, she navigates her new life by hiding her sexuality and trying to blend in. When she meets Coley, a beautiful girl at school, they begin an intense relationship. Cameron’s world begins to crumble around her when her aunt sends her to a conversion camp for gay teenagers in order to ‘correct’ her. Isolated from anything familiar, Cameron must weigh up the cost of being true to herself with those of living a lie. The barbaric nature of conversion camps is brought to life within the pages of this novel, and it is heartbreaking to imagine teenagers being subjected to this sort of treatment.

Beautifully written, this book will remind you of what it felt like to be a teenager battling with new emotions, first love, and finding the courage to make the decisions that cannot be made by anyone else. No matter your sexuality, this coming of age novel is a must read for all.

Buy The Miseducation of Cameron Post by Emily M. Danforth

Published almost twenty years ago, this is still one of the best novels I have read that features a gay couple at its centre. In a quiet suburb of Ohio, Summer is struggling with an accident that has forced a change in career and difficulties in her relationship. She finds love and support in her brother Todd, who is coping with a diagnosis of HIV. Todd’s boyfriend is heavily involved in his care, and the three of them form a close network. Faced with losing Todd to AIDS, Summer begins to realise how fortunate she is, and how much there is within her own life to cherish.

I felt that this book was written ahead of its time. Kittle seemed to easily portray the tenderness of a relationship between two men, and the normalcy of life within a gay relationship. It also showed the unquestionable acceptance between a brother and sister who want only the best for each other. With love and loss at its heart, this book is one that I return to time and again to feel the affection within it.

The Lion Tamer Who Lost by Louise Beech

Ben and Andrew keep meeting each other unexpectedly; sometimes by coincidence and other times by design. Ben’s father would disown him if he knew of his relationship with Andrew, and so rather than risk this, the couple hide their love for each other. When Ben and Andrew face a life changing tragedy together, their relationship and unquestionable love for each other are pushed to the limit, and neither of them will be the same afterwards.

Beech has written a beautiful and sensitive novel showing love between two men. Admirably, she has written a novel in which the characters happen to be gay, rather than writing a gratuitous gay novel. With a story line that I couldn’t stop thinking about, this is the sort of novel that changes your perceptions about love and relationships, regardless of your sexuality.

Buy The Lion Tamer Who Lost by Louise Beech

In At The Deep End by Kate Davies

At the start of this hilariously awkward lesbian life guide, we meet Julia just as she realises that she might be gay. Befriended by a group of lesbian women who take her under their wing, her education in lesbian sex begins, as does her journey of self-discovery. She finds that she is happier and more fulfilled than she’s ever been, and she couldn’t wish to meet anyone kinder or more loving than Sam. Here the light-heartedness ends as In At The Deep End becomes a darker, more humiliating book than I had been expecting. As Julia’s love for Sam grows, the line between love and obsession begins to blur. Julia is unable to understand the growing fears her friends and family have for her emotional wellbeing, losing herself in a new world of polyamory and SM. Julia begins to lose sight of who she really is and whether Sam truly loves her.

Davies manages to achieve an easy-going, comical tone throughout (think Fleabag), whilst darkness flows beneath the surface. In at the Deep End is an important read that highlights the often unseen trauma of coercive relationships, oppression and domination. The fact that Davies has highlighted these dangers within a lesbian relationship should be applauded. Regardless of sexuality I am sure many of us can relate to Julia, and need to be wary of anyone like Sam.

Buy In At The Deep End by Kate Davies

Jules and Rosie are desperate to have a child that is genetically related to them both. Using new reproductive technology they are recruited into a programme that creates a child from two eggs rather than an egg and a sperm. As one of the first couples to be involved, they attract huge media interest and not all of the attention is positive. As a couple, they must navigate the affect their treatment has on their own relationship and their relationships with family and friends. No treatment is without its risks, and with Jules and Rosie’s relationship under more stress than ever before, this novel is a tense read in places.

With many gay couples deciding to start a family, and more than one way to add a child to a relationship, this novel has been published at an exciting time. Chadwick has carefully explored the emotional, biological, financial and ethical issues many gay couples may wish to consider, and shown that for many, making a baby is a formal, and often stressful, process. For those who have not had to consider fertility treatment, or alternative ways of starting a family, this novel may be something of an eye opener.

The final novel in our celebration of Pride Month is an anthology of stories, poetry and artwork. This Young Adult collection contains bold, moving tales to uplift LGBTQ+ youth and open the hearts of young allies. From coming out to Chinese fairytales, and inclusive football teams to new musical discoveries, the stories are loud, proud and powerful. The sort of book that should be in every library in both the adult and teenage sections, Proud shows just how far the LGBTQ+ community has come, and how much young adults have to look forward to as we strive for acceptance. This is the sort of book that I could only imagine existing when I was a teenager.