The Unexpected Joy of a Supermarket Cafe 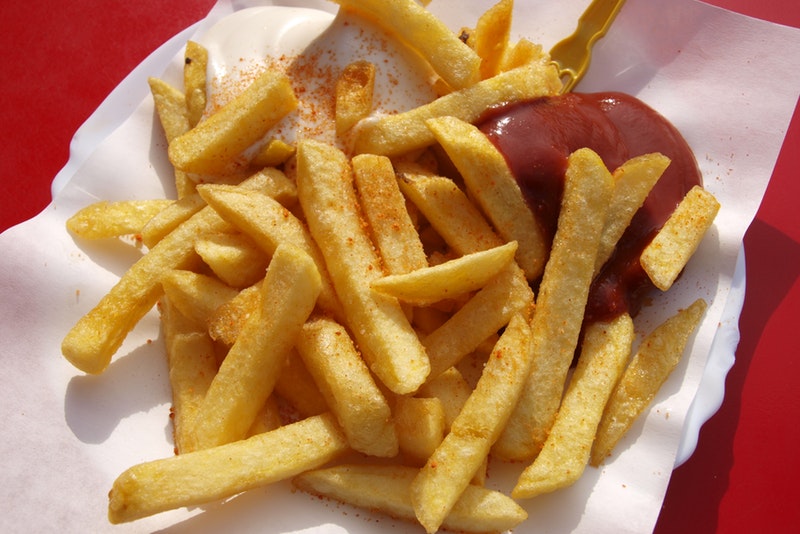 Before I had children, my idea of a good lunch out was a nice Italian cafe with a glass of dry white wine. Or maybe an outside seat somewhere along the South Bank, watching London wander by. Something grown up and with just a hint of glamour.

Whilst I still harbour longings for lazy, boozy lunches, that’s less of a reality these days. But most weeks I do get to treat myself to…a supermarket cafe lunch.

Look, ask 30-year-old me what I thought of such establishments and she would probably have looked down her nose. But times have changed, priorities have changed – maybe I’ve changed. Because Morrisons’ cafe is where it’s at.

It all started when my biggest boy – now 4 – was a baby. We’d go for a walk along the Thames, pop into the city farm for a look at the goats and over-tame squirrels, and then we’d stop in at Asda for a few bits. And one day I thought, maybe it would be easier to have lunch there rather than buy stuff to take home. Boy was asleep in his buggy, we had nowhere to be. So I tentatively stepped in and examined the offerings.

Okay, it wasn’t so pivotal a moment that I remember what I had, but my love affair with supermarket cafes had begun. In those days it was a chance to sit quietly and eat a meal I hadn’t prepared – maybe even a hot one! As he got bigger it was more like a chance to practice picking food up off the floor / wrestling him into unfamiliar high chairs – but still. Most of the supermarket cafes offer some sort of kids meal deal – typically a sandwich, drink, fruit and a snack or 2 – basically, enough to keep them entertained while you chow down your food at a rate of knots.

Now, there are three of us and Morrisons is our cafe of choice – mainly because it’s literally five minutes’ walk from our house. When boy two arrived and I was post-c-section, it was somewhere we could go to to get out of the house for a short while to stave off the stir-craziness without being too much for my aching midsection to bear.

The kindness of one staff member stays with me from those days. He came to bring out my food while I was breastfeeding, and he asked if I would rather him take it back and keep it warm until I’d finished so I could eat it hot. It was such a thoughtful offer. (He’s obviously unfamiliar with the fun challenge that is trying not to drop your lunch on your boobing baby.)

These days it’s many things to me. It’s the bribe to get 4 year old to behave. It’s the place I can get hot food delivered to my table before I’ve even finished settling the boys down and opening their myriad snacks. It’s sharing a hunk of cake with my boys (though we have to buy it after eating the rest of the food, after one memorable time when my 2 year old cried devastated snotty tears for the duration of lunch with the occasional wretched cry of “CAAAAAKE”. Kind strangers petted and cooed and thought he was ill; I set them straight and clarified, nope, he just likes cake – and wouldn’t we all really rather eat cake than a triangle of dairylea sandwich?).

I know I’m not the only one. I look around and many of the fellow patrons are parents of smalls like myself. We exchange slightly weary knowing nods and smiles. Meanwhile, the lovely older couple sitting across from us play peekaboo with another baby, and the 2 year old yells for “NAYNAISH” (mayonnaise, for the uninitiated) to go with his fish fingers. I slip on a pea as I go to fulfil his order.

See, that’s the other thing. It’s a meal where someone else does the cleaning up! Thank you, supermarket cafes, for all you do for us. And to 30-year-old me, I say: just you wait.