Why One Is The Best Age So Far… 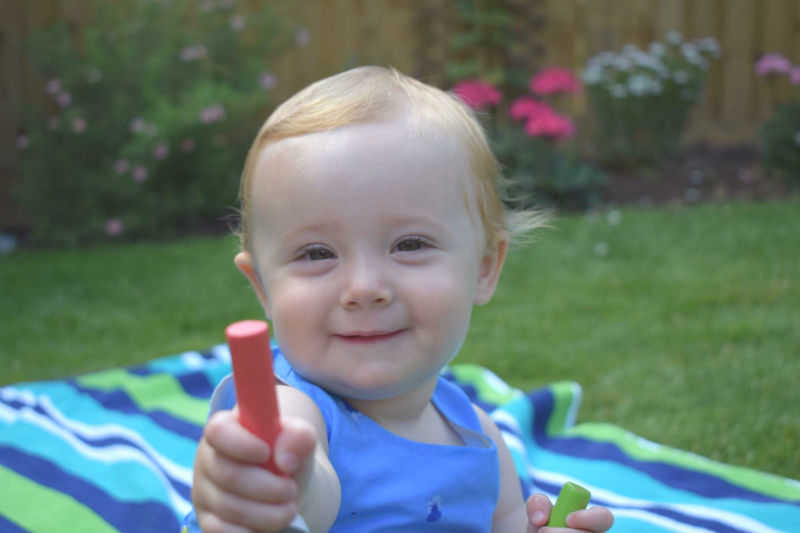 My daughter, Skye, has just turned 1 and being her mum is better than ever! That’s not to say that the months before weren’t good, or that mumming has become any easier now that she’s 1. There are still plenty of challenges at this age, and there are still tough days, but overall it’s just so much fun and hands down my favourite age so far!

Here are five reasons why:

If you’d have told me pre-motherhood that I’d have said this I would have given you a sceptical glance! It sounds weird to say about a person that you can’t even have a conversation with but it’s true. My daughter makes me laugh all the time and while she may not be using actual words, she chatters non-stop so it no longer feels like I’m having a never-ending conversation with myself!

2. The speed at which they’re learning and grasping new things is astonishing.

Every day she surprises me by doing something she couldn’t do the day before. She’s saying new words, she can do the actions from Row, row your boat! It’s so exciting to witness. She can understand so much more too so she can follow basic instructions and answer yes and no questions which is fun.

I say independent in the loosest sense of the word. She still needs her bum wiped and her nappy changed, she isn’t walking yet and she can’t dress herself but considering where we started out, she’s flying solo in lots of ways. She can feed herself, help dress herself and she’s totally mobile on all fours so she can get to wherever and whatever she needs.

4. You can do so much more with them – except eating out.

The whole being mobile thing has been a game changer in the last couple of months. It means she can properly get involved with stuff at play dates and baby classes. She’s a crazy climber too so soft plays are currently our favourite places to be. Even when we’re at less child-friendly places like an art gallery she enjoys it much more now that she can cruise around or crawl places to see things. And before you pass judgement on me for letting her do that – we make sure she doesn’t bother anyone and there’s no reason why young children shouldn’t find their own way to enjoy these places.

The downside with having a child who’s super mobile is that she can easily climb out of a high chair and wants to be anywhere but sitting down. That means that eating out is not such a fun option right now.

5. You’re still their number one

They may be growing and changing and learning all the time, but they’re still just your baby who’s totally dependent on you for their entire well being. And that won’t change any time soon.