Help! I’m Having A Pack Attack 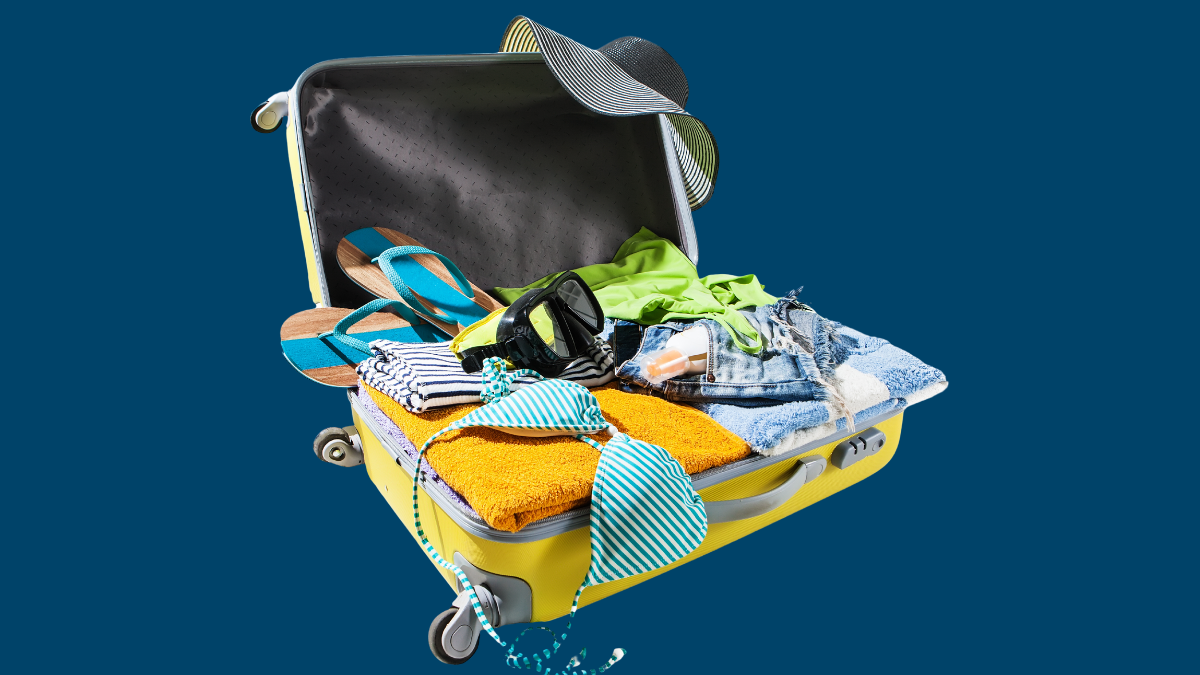 The four-foot-long inflatable crocodile was proof positive that I had a big problem.

There I was, with a toddler tucked under one arm, sweating profusely, as I tried to shove the crocodile into the suitcase and get it to close.

I’d already packed about a year’s worth of nappies, wipes, sun-creams, sun hats, jumpers just-in-case, a variety of outfits, shoes for all occasions (and that was just for the kids) and of course, reading books, masses of games that would never be played and the ubiquitous baby swimming float.

In my head, I was planning the perfect family holiday: two weeks in sunny Spain, our first trip abroad as a family, a real beach getaway.

In reality, I was heading for an excess baggage fare and near marital breakdown as we heaved our heavy cases through the sweltering airport with two hot, tired and increasingly grumpy little people in tow.

Yes, I was in the middle of a pack attack.

I have always been an “over-packer” and gone into a kind of dream world in the days before travel, in which I imagine what things are going to be like and what outfits I will need to take. Perhaps it is something to do with being a writer, that over-active imagination of mine.

But combine it with having kids and all the paraphernalia that goes with them and it is a potentially overwhelming (not to mention costly) problem.

So, as summer holiday season is upon us, what have l learned over the years of summer holidays and over-packing? Maybe you are not as bad as me – let’s face it, few people could be on this front – but for my two boys, two weeks, if there is washing machine available, I tend to pack and then take half of it back out again. I also have the following rough list, which applies to boys, to try to limit myself:

*Swimming trunks – four pairs ( mine tend to get them wet, chuck them by the pool, leave them covered in sand etc)

*T-shirts – four to five depending on how messy your kid is.

*crocs/ flipflops for the beach and one pair of trainers for running about.

*favourite soft toy/ One book each/ a couple of small travel games like a pack of cards/ pens and pencils and notepad/ the inevitable portable electronics – one each ( kindle/ phone, great for airplanes).

This is just a basic list of mine and I then of course find myself saying, “oh, I will just put this in” and we always end up taking too much.

I will never be one of those go-around-the-world-with-just-a-small-holdall type of people but I have at least learned to recognise the signs that I am having a pack attack.

Now, where did I put the inflatable crocodile?