The Rise And Fall Of BoJo

Parenting through COVID was awful, but what Dominic Cummings did was wrong
Spiderwoman: Why Lady Hale Is Our New Superhero
Reasons To Be Cheerful 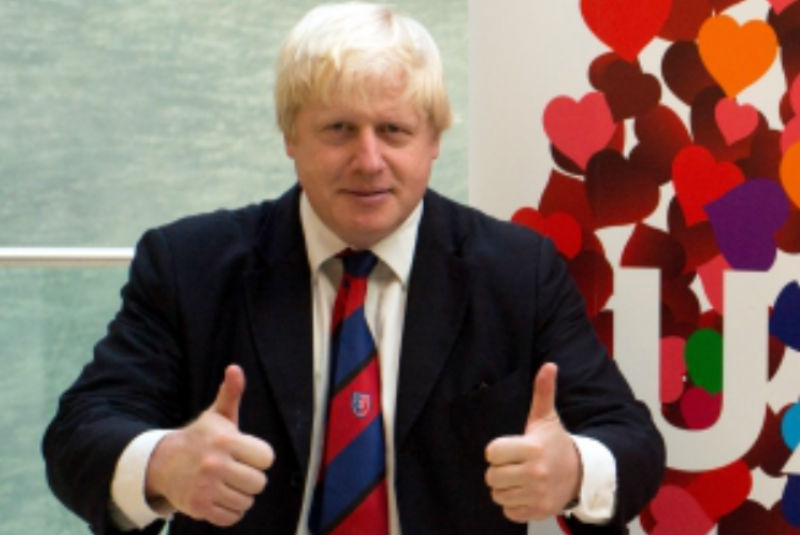 I once spent an hour or so in Boris Johnson’s company – in the middle of Peckham. And, as experiences go, I can tell you it was extremely surreal.

He was making his first bid to be the Mayor of London and I was making a documentary about gun and knife crime. What was meant to be a short interview ended up taking longer than expected, because he was such a crowd-pleaser. People crossed the road to shake his hand and tell him they’d never voted Tory before but thought he was a great guy. Kids riding past on their bikes shouted: “Oi, Boris! I’ve seen you on the telly! You’re funny!” It became pretty obvious that he was off to City Hall.

For so long now, Boris Johnson has been one of the most high-profile figures in British politics. Always good for a soundbite, a quip, a ridiculous stunt. Larking about, tripping onto stages, getting stuck on zip wires, lecturing us on the origins of ping pong – or whiff whaff as he’d have us call it. We’ve had Boris bikes, Boris buses, and my toddler even has a Routemaster-themed Trunki which is officially named – yes, you’ve guessed it – Boris.

But, as we have all known for a long time now, beneath that bumbling exterior, there lies a ruthlessly ambitious politician. As Shakespeare, whose biography Boris is currently writing, put it: “This fellow is wise enough to play the fool.” While we’re all chuckling at his antics, he’s busy plotting his next move. Or so we all thought – until he led us to the brink of a Brexit, and then it became clear that there was no plan.

I can hardly believe that only a week has passed since the EU referendum. For seven days now, I have felt like I am watching some sort of high octane political thriller. Amidst the turmoil, there was one thing of which we could be sure: Boris Johnson would stand for the leadership of the Conservative Party in a bid to succeed David Cameron as Prime Minister. After all, he had apparently been waiting a lifetime to get to Number 10. But nothing is certain any more.

And just when we all thought nothing could surprise us, the biggest shock was yet to come. Michael Gove – a man who has said repeatedly that he has no desire to be Prime Minister – decided that he would run, and Boris bottled it.

The way I see it, Boris Johnson is like the kid at school who messes about and doesn’t appear to be listening, always leaves it until the last minute to start writing his essay, rocks up looking dishevelled with seconds to spare until the deadline, confident that he will get the best mark in the class. All very entertaining, until everyone’s patience wears thin and his bravado takes a knock.

So, Boris won’t be moving into Downing Street any time soon. But is this the last we have heard of him? Personally, I highly doubt it. He may not have had a Brexit plan, but I’m sure he has a Boris plan. Plan A may have been scuppered for now, but I bet there will be a plan B at some point.

In the meantime, we can all carry on feeling like we are trapped inside some sort of feature-length episode of House of Cards. That’s all very well, but at some point, someone is going to have to start working out what the hell happens next. And quickly.