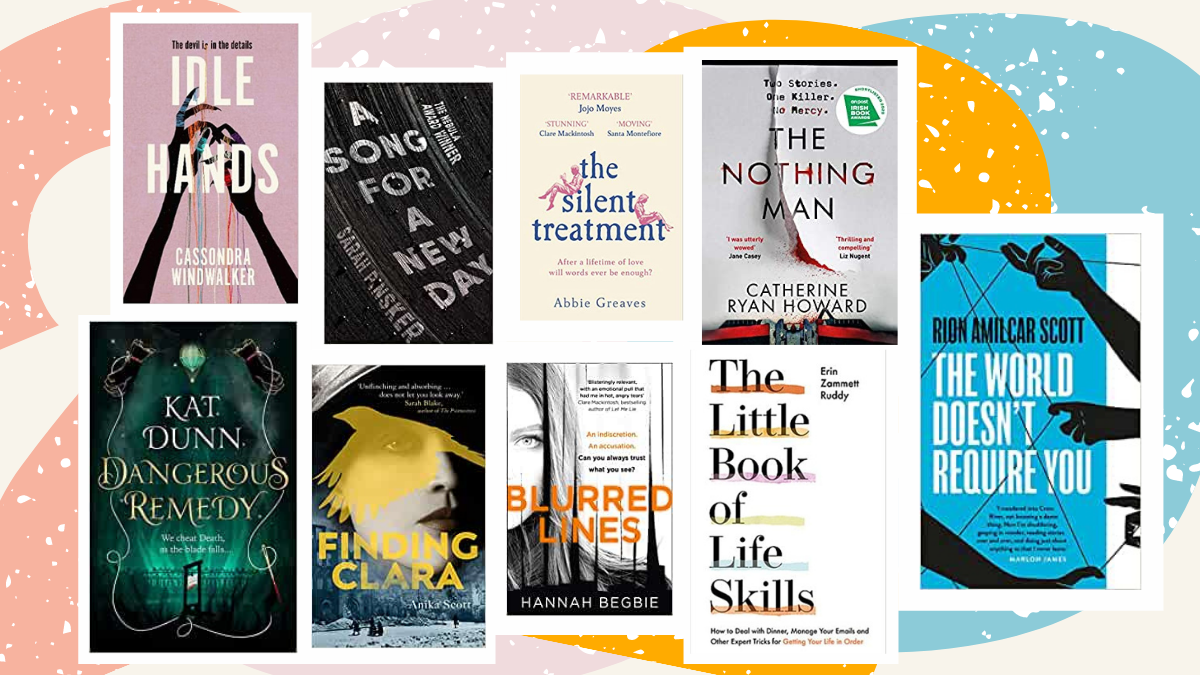 So, it’s been a funny year all round, hasn’t it? You might have heard that more people have been reading than ever, but it’s also been a hard time for new books to get seen, with bookshops closed for months on end. We asked our friends in publishing to tell us about some of the books that might have flown under our radars. Because if there’s one thing we hate, it’s a book not finding its readers.

The Silent Treatment by Abbie Greaves

Najma Finlay, Publicity Director at Hutchinson, said ‘The Silent Treatment is a unique love story about a couple who have been married for decades and haven’t spoken for six months. The inspiration for writing it came when the author read a newspaper article about a boy in Japan who had never seen his parents speak to each other. This novel is full of emotionally engaging themes that spark conversation, such as mental health, loneliness, and ageing and it is a beautifully uplifting tale that has captivated everyone who has read it.

A Song for a New Day by Sarah Pinsker

Kate Appleton, Head of Publicity at Head of Zeus, said ‘This book recently won the Nebula Award, and Pinsker truly is a talent on the rise. In this book, liberty and creative endeavour are compromised by political and socio-economic reality. Pinsker presents a frighteningly real near-future and movingly charts her central character Rosemary’s coming-of-age story as her world and Luce’s collide.’

Buy A Song For A New Day on Amazon now

The Nothing Man by Catherine Ryan Howard

Kirsty Doole, Publicity Director at Atlantic Books, said ‘This novel is a masterclass in brilliant crime novel plotting, and essential reading for anyone who has been gobbling up true crime podcasts this year. I think the word unputdownable is overused but I genuinely couldn’t put this utterly gripping novel down until I reached the end.’

Buy The Nothing Man on Amazon now

The Little Book of Life Skills by Erin Zammett Ruddy

Kate Keehan, Press Officer at Hodder, said ‘This is an essential little guide to doing just about everything right the first time, from folding a fitted sheet to offering condolences to a friend. It’s a lovely, useful gift for everyone from teens leaving home for the first time, to frazzled mums, to those who want to reset and reorganise their day-to-day lives in 2021.’

Buy The Little Book Of Life Skills on Amazon now

Najma Finlay, Publicity Director at Hutchinson, said ‘Prepare to be surprised by Finding Clara which is one of the best new historical fiction novels out this year, and even more surprisingly written by a first time novelist. It does everything that a good novel should do – enthral, entertain, emote – but also asks difficult questions about the past and what we might have done if we were faced with such dilemmas today. It’s a stunning and page-turning novel about courage and resilience in the face of devastating times. Read the first page and I promise you will not put it down for the rest of the day.’

Jen Harlow, Senior Press Officer at Harper Collins, said ‘A story for the #MeToo era, Begbie’s novel explores the film world’s hierarchies through the lens of Becky, a smart, vulnerable woman who balances being a single mum with assisting…one of the industry’s most successful producers. After witnessing a sexual assault, Becky is faced with the moral dilemma of speaking up and putting herself and her career at risk, whilst also dealing with her own personal trauma.

Peyton Stableford, Publishing Assistant at Agora Books, said ‘Full of cracking wit and a bit of tough love, Idle Hands is speculative fiction rooted firmly in reality, women’s fiction with a bit of bite, and a tear-jerker that will have you smiling in equal measure. After a year of absolutely nothing going to plan, dive into Cassondra Windwalker’s Sliding Doors tale for a story of second chances, stealing another moment with the ones we love, and a bit of mischief from one of the most unforgettable narrators in popular fiction.’

The World Doesn’t Require You by Rion Amilcar Scott

Kate Appleton, Head of Publicity at Head of Zeus, said ‘Contemporary and essential, The World Doesn’t Require You announces the arrival of a generational talent, as he shatters rigid genre lines to explore larger themes of race, violence, and love – all told with sly humour and a dash of magical realism.’

Buy The World Doesn’t Require You on Amazon now

Lauren Tavella, Publicity Executive at Head of Zeus, said ‘This novel is about inclusion and representation in a genre that sorely needs it. With a diverse set of characters and an own-voice queer romance – it stands out against everything else that’s in the YA fantasy genre at the moment. From the thrilling historical setting, France during the revolution, to the fantastical elements of science and magic – Dunn weaves a breathtaking tale about a band of rebels who must learn the hard way about love, loyalty and the ever-daunting future.’