30 Days of Kindness: An Experiment 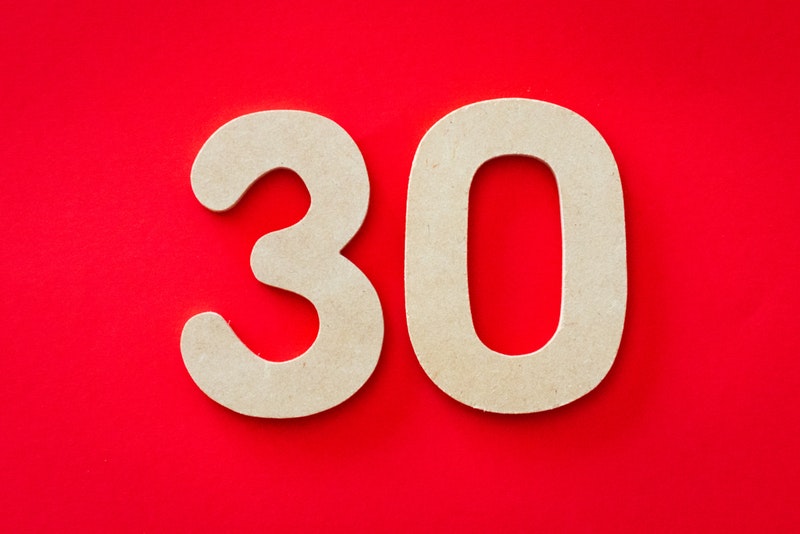 I read an article about doing 30 days of kindness and decided to give it a go myself. I did my experiment with my friend Nina so we could egg each other on as necessary. The idea was that we would do a kind act every day over and above the sort of thing we would normally do. We posted an update on Facebook each day. We weren’t sure entirely about this as we didn’t want to be show-offs but it was helpful for us.

I was in a bit of a sticky wicket at work and I was moaning quite a lot about that. I wanted something else to put my energies into and something else to talk about for a while. I’m from a small place in Northern Ireland originally where people are friendly and talk to each other. In London, where I live now, to survive you have to sort of close yourself off from other people and that makes me a bit sad sometimes. Also you notice there are a lot of things going on in the world that aren’t good and you are constantly invited to help – sad stories are all around and I confess find myself shutting it all out.

So these all seemed like good reasons for doing a 30 Days Of Kindness Challenge. Here’s how I got on…

I had some good ideas for kind acts from the original article and set off to buy coffee for the person behind me in the café queue on day 1. So first of all, since when did the ears of the entire population of London become glued to their phones? I was thwarted in two cafes by the fact that people in coffee shop queues are on their phones the whole time and I was too embarrassed to wave and gesticulate to get their attention to ask if I could buy their coffee.  I was also a bit shy to ask as I thought people would think I was strange or after a date, or both. In the end I settled for buying a coffee for a work colleague. I did persist with the coffee for a stranger thing though and eventually succeeded on Day 11. It was much less of a big deal in reality than it had been in my head.

I struck up a conversation with a stranger early on in the experiment. That was really hard – as a busy working mum I let myself off these opportunities for social interaction on the basis I’m too busy being a busy working mum. I started to think it might be a bit of an excuse. It’s also because I’m genuinely worried about people thinking I’m a weirdo! I don’t think they did though. I bought home hot food for a homeless man one day and we had a brief but nice chat.

I was more deliberate and thoughtful about family time. When one of my sons was unwell I took the day off work to spend it playing board games with him.

There were lots of opportunities to give people seats on buses and tubes. This was particularly good if it was during the morning commute as then I could tick it off the list early and get on with my day,. Ha! I also tried really hard to be a considerate and selfless driver, letting people pull out in front of me at every opportunity. Okay, that one was really hard.

I sent friends and family surprise gifts – chocolates, candles, flowers, books, anarchic feminist embroidered messages of rebellion, you name it. I supported small businesses when buying things where I could. This was lovely. A lovely friend sent me a surprise gift back.

I made a variety of charitable donations. There is no shortage of worthy causes. Even doing quite a few of these, it’s hard to choose.

I met a friend for lunch and tried really hard not to talk about myself the whole time – with moderate success. I resolved to become a better listener. And on a similar theme, I helped a few people using my day job work skills – that made me get better at expending energy to see situations from other people’s perspective and then thinking about how I could help.

I really loved doing this experiment. It made me happy to make a small gesture of kindness every day. And the reactions of the recipients suggested it made them happy too. I realised connections with other people make me feel good – I fear we are becoming an increasingly disconnected society which can’t be healthy. Also it doesn’t matter if the kind act is easy for you in order for it to have an impact. At one point I wondered if acts that made me feel a bit awkward were somehow better on a kindness scale. I don’t think they are!

I’m definitely more tuned into opportunities to be kind now and less shy about doing them. The advantage of the experiment is that it really focuses your mind and although we should all do kind things all the time, the reality is that life and stuff gets in the way. So why not give it a go? Let me know how you get on!

Catherine is married with twin boys. She is a regulatory strategy consultant and also runs coaching programs for women. She's on two Boards. She loves riding her horse.