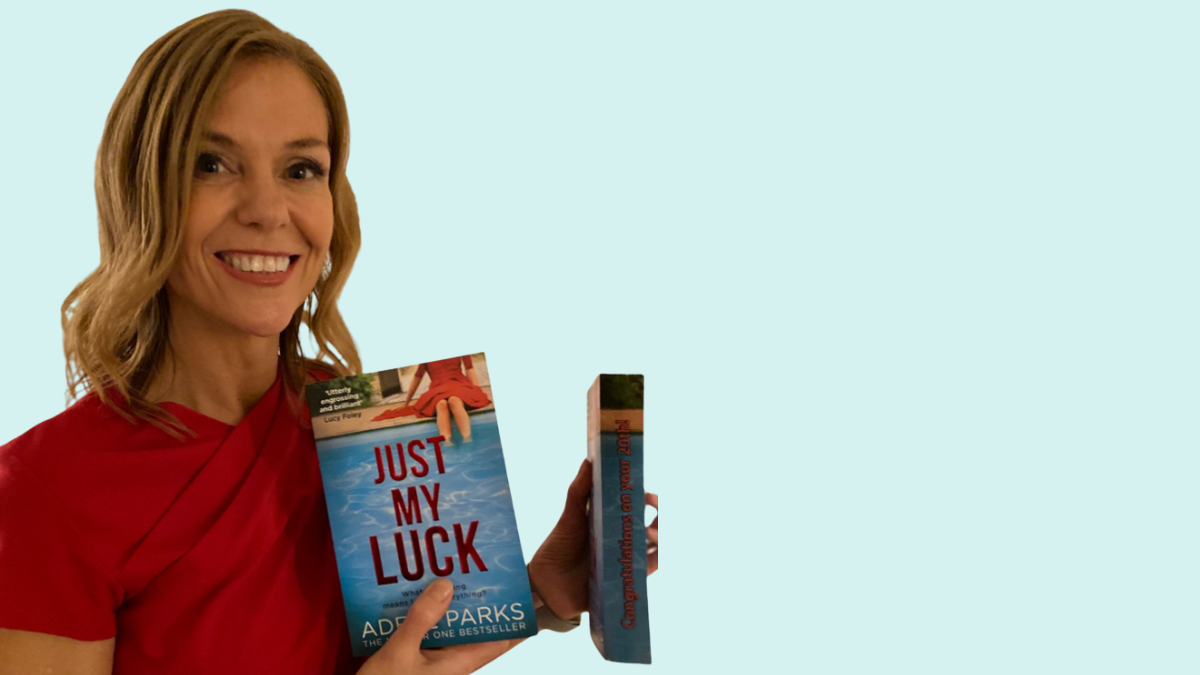 The Sunday Times bestselling author of ‘Just My Luck’ shares some of her lesser known secrets:

The first time I was published nationally was in a magazine called Blue Jeans. I was 12 years old. It was a romantic poem about having my heartbroken. It was totally a work of fiction as precisely NOTHING romantic had happened to me at that point in my life. I published under a pen name as I didn’t want my big sister to tease me!

2. I had an imaginary friend when I was 4

My imaginary friend when I was four years old was Oliver Twist. I used to insist we set a place for him at the table because he was perpetually hungry. This was after watching the film, I hasten to add. I was not a child prodigy reading Dickens at 4 years old!

My nickname is ‘Champagne Parks’ I feel this doesn’t need much of an explanation! The thing is, champagne has long since been my favourite tipple, even when my budget only allowed cider!

4. My husband and I eloped to…

My husband and I eloped to Vegas. Our only guest was our son, then aged three. Jim’s stag night was arranged by said three year old so it consisted of eating ice cream and watching a pirate show! I maintain this was a pretty great stag night to throw.

5. My favourite characters to write are…

I like writing the unlikeable characters best. They have some of the most punchy lines and don’t take prisoners (well actually, they sometimes do, literally take prisoners, but you know what I mean!). Fictional baddies are great fun! However, in real life I avoid them. I think the trick to living a happy life is to surround yourself with decent and kind people.