The Motherload Guide: Six London Shows Your Kids Can Go To

Review: Sparking Imaginations with the Electro Hero Kit from Tech Will Save Us
The MOLO Kids’ Bake Off: Five Easy Recipes
Kew Gardens: Animation Workshop with Chocolate Films 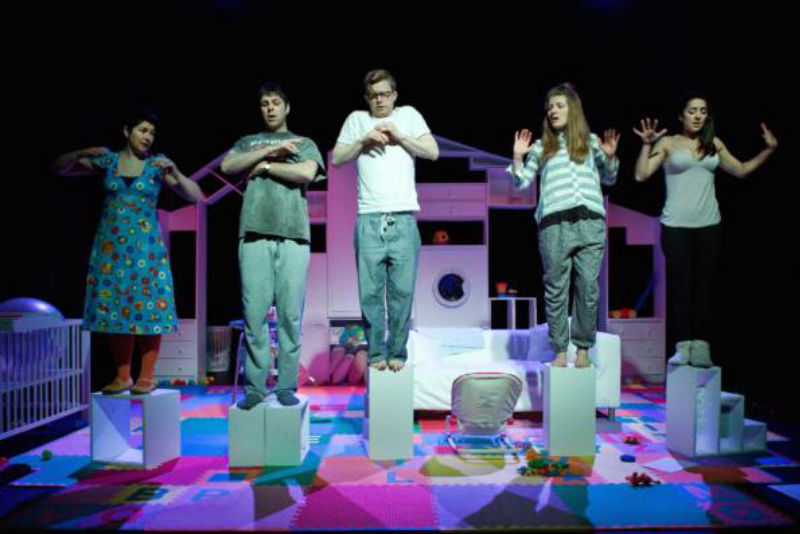 As we know, your life doesn’t have to completely end when a child arrives on the scene. Yes, priorities change and cupboards are now full of nappies and things with bears on them but you can still grab a bit of culture and your little one can join in too. Here are some ‘relaxed performances’ in London that you can bring your young one to – with no shushing and evil glances at every gurgle.

If singing and dancing is up your street and you think your little one might like it too then head on over to this musical classic in the West End. Why not enjoy the musical party with your offspring, you might even find you have birthed a little Dancing Queen.

2. The Very Hungry Caterpillar, Ambassador’s Theatre, From 2nd Dec 11am

After a very successful run in New York this show has landed in London for five weeks. A theatrical take on one of our favourite children’s books and it’s even been nominated for an award.

What happens when dancing and trampolining combine? Boing! After multiple critically acclaimed runs in London, Boing! is back and ready for your bouncy little ones. Expect comedy, aerobatics and break-dancing.

4. Sleeping Beauty, Richmond Theatre, From 3rd December 11am and 1.30pm

Maureen Lipman plays the Wicked Fairy and CBeebies favourite Chris Jarvis is in the role of Chester in this family pantomime. Keep the spirit of Christmas alive with some call and response fun with your little one in tow.

The Iron Man eats metal and a friendship with a little boy ends up saving him from being captured by some angry farmers. Paper-cut silhouettes, stop-motion animation and puppetry are the ingredients of this visually stunning show which is already close to selling out.

Award-winning physical theatre company Tangled Feet are bringing their show about parenthood to new theatre space Hackney Showroom this October and it’s a must see for new parents. Presumably, with such an evocative show title they won’t mind if your little ones end up kicking and screaming their way through it!

Have a lovely time and don’t blame me if they want to work in the arts when they are older!

Samantha Baines is an award-winning writer and performer. When she’s not scribbling down words for Time Out, The Guardian, Standard Issue and the Huffington Post she is usually jabbering on the radio (BBC Radio London, Radio 4, Talk Radio) or sometimes even filming (Call the Midwife, The Crown, Lee Nelson’s Well Funny People).