A Lesson Learnt From My Parents’ Separation 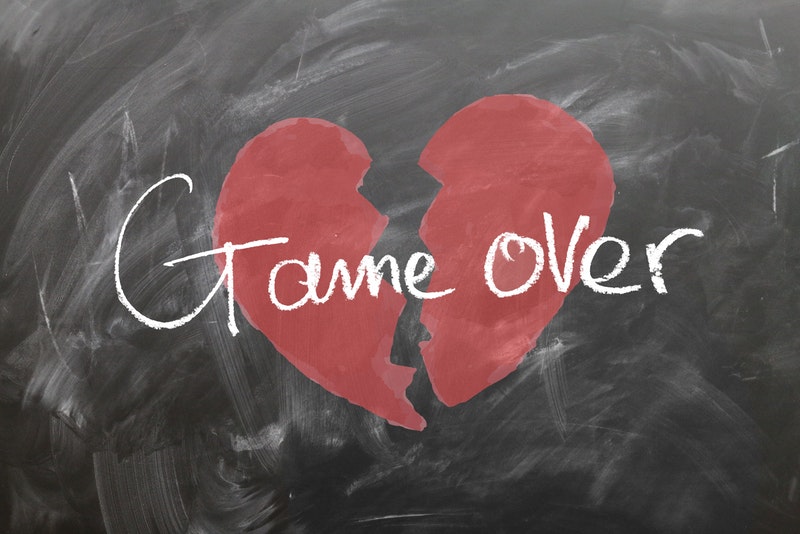 I never worried about my parents divorcing when I was a child. We weren’t one of those fairy tale, matching festive jumper types; we just motored along, everyone knowing their place. Dad’s place was work and football, Mum’s was caring and cooking and listening and well, being a parent.

Even with our level of dysfunction (I could never understand why other Dads actually ‘hung around’ their kids) divorce was something other people did.

I never expected to be nearly 40 years of age and dealing with my parent’s relationship breakdown.

Unlike some other adults with divorcing parents,  their irreparable parting hasn’t come as a shock. Since I can remember, I’ve been my mum’s on-demand relationship counsellor. She would bitch and moan and cry over the fact that their relationship wasn’t how she wanted it to be. As I got older and moved in with my now husband, she would project her relationship regrets on to me; “are you sure you want to get married, it’s not too late to change your mind, are you happy?”

She now admits she was trapped in the old-fashioned idea of a marriage for life. For richer or poorer, in sickness and health she stayed; even if that marriage was impacting HER mental health. It took her till her early sixties to find the courage, after more than forty years of marriage, to decide that enough was enough.

My father isn’t a bad man; he has his own challenges and issues that means he will never be the husband she wants or the dad my brother or I deserve. My parent’s love languages just don’t mesh; Dads is about money and my Mum is about attention and interest.

She admits she settled; her low self esteem as a teenager meant she was flattered by the first man that showed any real interest in her. Yet, she has spent a lifetime wishing she hadn’t and that he was someone else entirely.

Nearly eighteen months ago, she declared the marriage was over.

They had found a way of living together, co-habiting as friends (loosely using this word) and the world has continued to turn. Mum found herself a part-time job, so she has financial independence; ironically she admits this very thing kept her from leaving when she was younger.

Dad found that hard; an indication of his tunnel vision of life meant it came as a shock when she told him the news. Yet, now things have swapped. He has found “love” overseas. A woman he has never met, yet has taken his attention and interest since they connected four years ago. . Now, he wants a divorce, to enable a move to the USA to start a new life when he should be spending time, post-retirement with his children and grandchildren.

My father and I have a strained relationship at best; it is hard for anyone to have a lifetime of criticism fed into their ear about a parent, and not have a bias; his behaviour has just reinforced our lack of connection. Since the reveal of his new relationship (which my Mum to informed of) the only communication about it,  is a two-line message via Facebook messenger.

Yet we live within walking distance of each other.

Yes, I am frustrated by it all,  but equally and strangely relieved.  I can comfortably relinquish any feelings of obligation around being the daughter that still lives nearby. I don’t need to worry about supporting him during his advancing old age.

My girls, their granddaughters, haven’t noticed any difference in my parents since the separation (says it all really), and my eldest daughter is already trying to play matchmaker for her Grandma!

Whilst it is likely my Dad’s proposed emigration will bring the end to our relationship, both my parents are already noticeably happier. Without the obligation and burden of being in a relationship that just doesn’t fit, they now have a chance to live out their golden years in a way that brings them joy, choice, and option.

I’ve spent my life in a family with two parents living separate lives; it’s only as I leave my third decade that it’s all official.

Whilst some may argue it’s impacted me emotionally, watching the years of discontent and frustration gave me the strength to know my mind and realise that it’s okay to walk away from things that don’t bring you joy in your life. That is something I tell my girls at all times.

I am determined to break the cycle of obligation, social pressure and financial obligation. You only get one life, you might as well live it with people that make you happy.