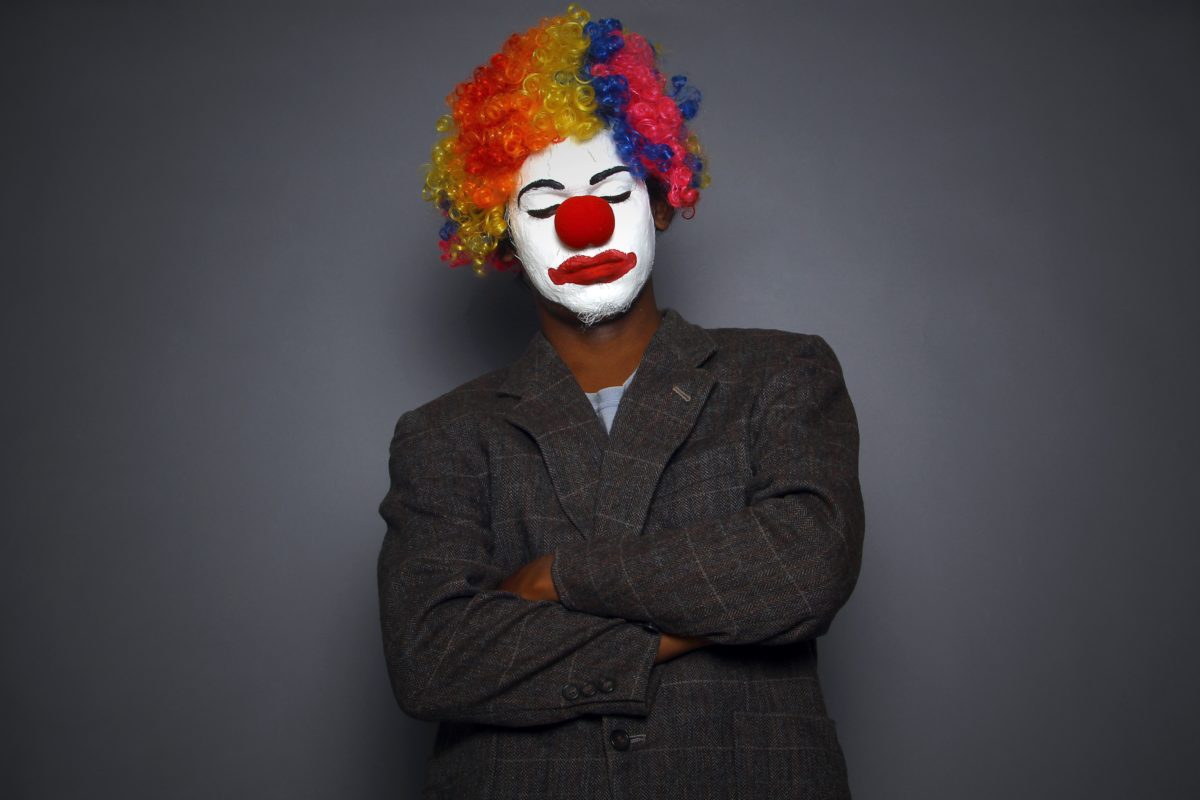 When my youngest was tiny I used to watch the Children’s TV Presenters on CBeebies with their nuclear-grade smiles and neon clothes and want to weep on their behalf.

I knew how they felt on a Saturday morning when they’d been out the night before and had to put on their sing-song voices and shiniest eyes to entertain and engage the children staring at them with fresh faces and innocent minds.

For eight years I owned a Children’s Drama School with 600 students whose parents paid good money for their kids to be taught after school and at weekends with energy and verve. It was a responsibility I took very seriously, but it wasn’t always easy.

It wasn’t just the odd ill-advised night out which had to be glossed over with heavy make-up and an energy drink. I had to put on that child-friendly face after my Grandma died and all I wanted to do was curl up in a ball and sob. But you can’t do that when you have children to look after – as all Mums know. I slapped on my lipstick, straightened my spine, clapped my hands together and put on a show.

The teachers running after-school clubs are an exceptional breed. Imagine having to remember the names of all the students when you only see them for an hour a week. Before I took on staff, I taught six days a week, sometimes three sessions a day, and each child deserved individual attention and feedback on their progress.

It’s a parent’s default position to act as though their child is the only one you teach. Their son or daughter will always be their focus, and they expect that to be the case for the teacher too (they must know that’s not possible, surely?) And often they would want to discuss their child despite the queue of 25 students waiting for their next lesson. It was my job to handle the parents as well as the children (I know which I found easier…)

Can I ask you a favour? If you can see there are other children waiting for their class, can you cut your chat short, then ring the teacher later with your concerns? (What am I asking you for? You’re not the problematic one, you’re a MOLO!)

When I took on staff, I had to ensure their standards of teaching were equal to mine, and we had many staff training days. It was during an early training day that one of my staff approached me, concern etched across her face. ‘Are you OK?’ she asked me, ‘You don’t seem yourself.’

With some probing I discovered she thought the sing-song woman with a permanently bouncy step and huge smile was actually me. She thought I must be ill or had bad news on this particular day because I wasn’t acting like Tigger on steroids amongst the adults.

Everyone has individual teaching styles, and, obviously, when I taught teenagers, I employed different tactics, but five-year-olds like things to be bright and energetic. They have short attention spans and need to be fully engaged by the leader of the session. They all learn differently, so lessons need to be carefully planned and executed to accommodate for that.

If you’re relying on children choosing to come to your after-school class, you need to make the session fun. Have you tried to be fun when your period’s just started and you’ve been trying for a baby for eight months? It’s hard, but it has to be done.

I know there are a lot of disillusioned teachers out there, but if you’re lucky enough for your son or daughter to be taught by someone who puts their back into every lesson, please spare a thought for how hard it can be to keep your eye on every precious child, your pecker up and your voice just the right side of manic to give someone else’s child the very best you can.

And if you bring them a coffee, they’ll love you forever.