After The Fog: Life After Sleep Deprivation 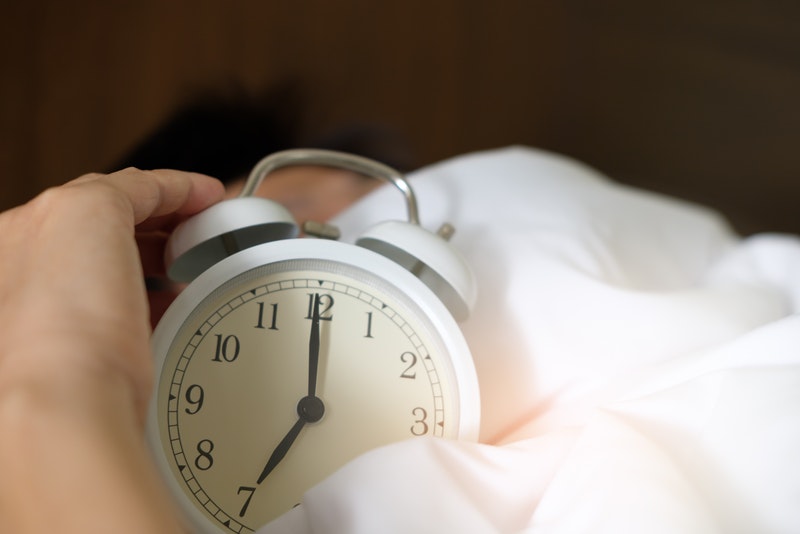 The struggle with sleep deprivation has been a core part of my life for so long, that I thought it might never end.

Six years ago, I became a mum, then two years and three months after my eldest was born, #2 was due.  I was still laying on a narrow bedroom floor at eight months pregnant, comforting my toddler at 3am and wondering how the hell I was going to do this with a newborn as well.

The answer was, with great difficulty. And many, many cups of tea.

Going back to work with two non-sleepers tag-teaming each other through the night was also challenging. I remember one morning, arriving at my desk for 9am and just weeping right there, in front of all my colleagues, because I felt so exhausted, I simply didn’t know how I was going to make it through the working day, and through the rest of my duties; feeding, bathing, settling the children, before my night-shift as mum-on-call began.

Because that’s the thing when you have children who don’t sleep well; the mumming never ends. Never.

I’m a pretty chipper, positive person, but there have been times in the last six years when the lack of sleep has made me feel very low indeed. If it wasn’t for the friendship and solidarity of another mum friend, I might quite possibly have lost the plot. I used to have a fantasy. No, not Tom Hardy and a magnum of Champagne, I fantasised about checking into a Travelodge for the night, where I would sleep for 12 hours solidly after feasting on Pringles and Tropicana from the vending machine in reception.

But, at some point around six months ago, things finally began to improve.

I had bitten the bullet and night-weaned my youngest which was emotional but necessary. Because we lived in a small flat and I was worried that if she cried she would wake her big brother, she had made it beyond three years of age, and was still treating my norks like a nocturnal buffet. So the time came when I had to say no more. She still came into our bed every night, but would come for a cuddle and go straight back to sleep. Yes, I was being woken, sometimes at 10.30pm, sometimes at midnight, other times it was more like 4am, but it meant that some nights, I was getting a half decent chunk of sleep.

Over time, without me really noticing, some nights had become most nights. It was so gradual that I only really noticed how much my sleep had improved when I had a night where both children were up, and my sleep was seriously broken. I felt absolutely horrific the next day. Jet-lagged, queasy, with gritty eyes and a sad soul. But I realised that while this used to be how I felt all the time, that was no longer the case.

I was officially post-sleep deprivation.

I’m not writing about this to be smug, but to give hope. When you’re in the pits of sleep deprivation, it really is the pits. You can feel so helpless, and the more exhausted you get, the less able you feel to take some positive action.

For me, that process began oh-so-slowly with night-weaning – an act of kindness to myself. I am a mother, but I shouldn’t have to give up my own health, my own happiness, my own sanity to service the needs of my child. For me, it was also about allowing myself to clock off at night – I wore an eye mask and ear plugs (yes, I look really HOT) to stop me being so easily woken after years of hyper-vigilance, listening for my babies’ cries. If one of the kids needs me, I still hear them, but I’m less likely to stir at every single sound.  The process might begin for you with something else.  But it will begin. You will get there. And one day, you will realise you don’t feel quite as shit any more, your brain will feel sharper, your smile will reach your eyes and you will know that the fog has finally cleared.