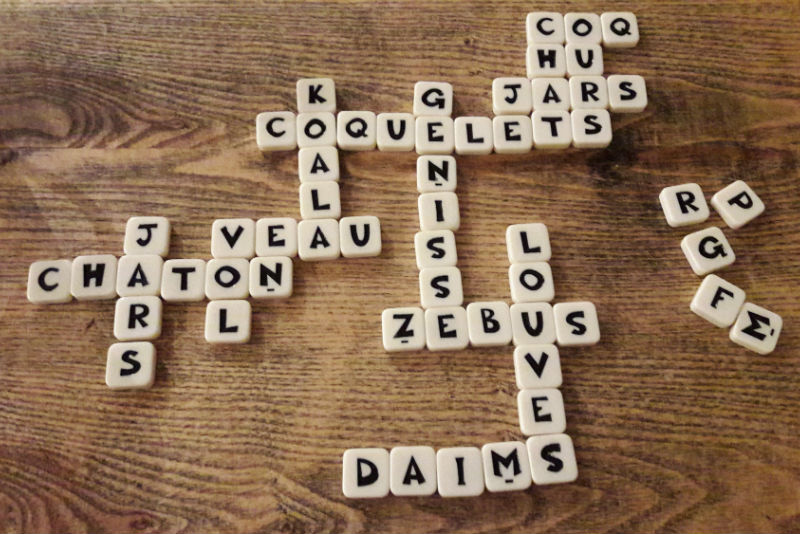 “Allô” is how my son answers a pretend phone call. As you may have guessed we bring him up bilingual French and English…

Did you know young children are geniuses at learning languages until age 7? Children’s brains continue to astound me at their complexity and brilliance, even their ability to be bilingual. Babies begin to form their language understanding whilst in their mum’s womb, even picking up and then crying with their mother’s accent.

But why make things more complicated?

Deciding to bring up our son bilingual seemed the obvious decision to me. I was brought up bilingually and my husband has two native languages. I studied French and Spanish at uni and really value having languages as a life skill as well as a way into interesting careers. I see it as part of setting him up as well as we can for his future. However, there are challenges to overcome.

After reading a rather dry book “Raising children bilingually: the pre-school years” we decided we would each speak one language to our son. I speak mainly English, and my husband only speaks to him in French. The book explains that the community language (in our case English) will likely become dominant so ensuring sufficient exposure to the second language (French for us) is vital. Specific activities I will do with him in English then in French to try to maintain some sort of balance between the two.

There are some great advantages to bringing up children bilingually; obviously they will be able to communicate more easily with all family members. In our case this is an important factor as much of my husband’s family don’t speak English. It also helps with some of my family. It provides flexibility for his future, he’ll be able to live and work in many parts of the world. I think he will also be more culturally sensitive. There have also been some studies done recently showing that bilingual children are more likely to be empathetic.

Of course there are disadvantages too. It’s hard work and we have to be aware of the exposure he has to both languages, trying to ensure he is exposed to a variety of vocabulary in both. We have received comments and questions as to why we are making things more complicated for him. There’s no evidence to suggest it is confusing for him, especially since we have always spoken to him in both languages. For us too, we are in the habit of speaking to him in both languages now.

There is also a widely believed myth that bilingual children’s speech can be delayed. This is incorrect. The child may have a smaller vocabulary in each language but his total vocabulary will be just as wide as a monolingual child. Jasper may not be forming complete phrases as fast as his peers however his understanding of both languages is very good, and he demonstrates the breadth of his vocabulary. His nursery has been supportive and integrates some French words into his day-to-day, however this will never replace a fully bilingual environment. On this, we are lucky as in London, where we live, there are so many multilingual families, it is becoming more common.

Now that Jasper is nearing 2 years old, it is amazing to see how he is communicating in both English and French. Sometimes he combines them in a sentence but he tends to use the word in French or in English, somehow he knows the word might be different but they mean the same thing.

Of course there is no guarantee that my son’s bilingualism will carry on as it is. As parents we can only influence to a certain point. I vividly remember as a young teenager a crushing desire to fit in and be just like my peers, and that meant distancing myself from my bilingualism. I will probably never recover the bilingualism I have lost because of it, but i have tried to.

Bringing up a child bilingually is a personal choice for parents. Just like all decisions we make as parents, we shouldn’t be judged for them and can learn from each other.

Above all, I hope my son grows up to be a confident, empathetic and conscientious individual who is proud of his heritage.