The Curse Of Self-Doubt 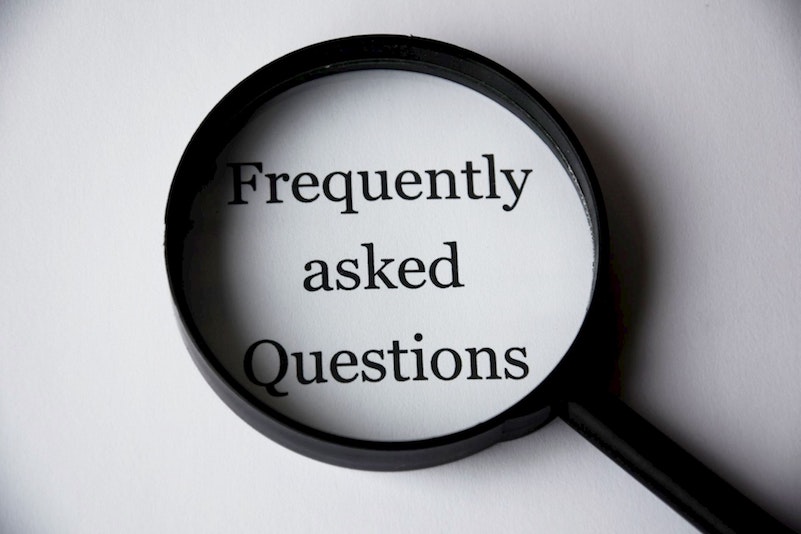 Everyone knows that being a parent is exhausting, particularly those first months when you’re only getting a few hours of sleep each night, and even then it’s interrupted sleep and never a deep slumber. What I’ve found to be even more knackering however, is the never-ending questions we ask ourselves and the constant self-doubt.

The uncertainty is a given at the beginning. It’s perfectly understandable to be wondering whether your newborn is getting enough milk, enough sleep, or whether they’re warm enough or if the room’s too bright. My mind doesn’t stop at these simple questions however. My whole day is filled with me questioning myself – some rational queries but most of them ridiculous. When it comes to caring for my son, I seem to lose any common sense and my mind goes into overdrive with all the possible outcomes.

Here’s an example of a typical day and all the questions I ask myself. I’ll let you judge how many are sensible and how many are neurotic!

I wake up to the sound of my baby stirring. It’s 04:30. Should I leave him and hope he goes back to sleep? Or should I get him some milk? But we’re trying to encourage him to sleep through the night. If I don’t get him milk though, am I starving him? Does 04:30 count as sleeping through the night? Is it a reasonable time for a baby to start their day?

It’s time for a nappy change. I probably shouldn’t still be using the nappy table should I? It’s too high up and now he’s mobile he might roll off it. But I get such backache if I change him on the floor, and if I hurt my back then I’ll struggle to pick him up. Am I being selfish for putting myself first instead of my baby’s safety? But I’d never leave him unattended. Would the Health Visitor judge me if she saw me do this? I give him an Aveeno bottle to play with so he’s less likely to wriggle away. (He bloody loves that Aveeno bottle.) But is it safe to play with? Could he cut his mouth on the edge of the bottle? What happens if he licks the moisturiser? It is only meant for external use after all!

Breakfast time. I’ll give him yoghurt – he seems to like that. But I’ve given him yoghurt for the last few days – should I be mixing it up more? But it’s a good source of calcium and I do add different fruit. But maybe that’s too much dairy? He seems to have lost interest after the first two spoonfuls. Should I keep going because he needs to eat, or is this a sign that he’s full and now I’m just force-feeding him?

He’s clean and fed so now I’ll get a few toys out for him to play with. He doesn’t seem that bothered by them so I’ll get a few more out. Wait – have I got too many toys out now? Am I overloading his brain? Is it too much distraction? Will he become spoilt?? I’m sure I read somewhere that you’re supposed to let your baby be bored sometimes. But perhaps it’s good that he’s got a choice so he can start learning about making decisions?

Nevermind – he’s entertaining himself now by attempting to crawl. Hmm, our carpet seems a bit rough. I wonder whether he could get carpet burn. Should we get a soft rug for him to practise crawling on? Maybe a shag pile rug would be a good option, but it will be harder to clean and is there a risk of him suffocating if he falls and can’t get up again or could he choke if a long thread comes loose??

I saw a yawn then – time to start thinking about going down for a nap. I’ll wait for a second yawn and an eye rub though to make sure he’s properly tired. Hmm… he hasn’t done either of them but he does seem to be getting a bit frustrated. Maybe I’ll put him down anyway. But if I try put him down and he’s not sleepy, will that make matters worse? We’re trying to reduce the number of naps so maybe I should hold out for a bit longer? There’s the second yawn! Right I’ll put him to bed.

He’s up so now it’s time for milk. Or should I give him food first? If I give him solids first then he’ll be more likely to eat more, which is what I’m trying to encourage, but if he’s really hungry, he’ll be too annoyed to try and eat and will just want milk. Could I do a bit of milk, then food, then more milk? Or will that confuse him?

God, where has the day gone? We need to set off so I’ll get him ready to go in the car. Wow – it’s pretty hot in here so I best open some windows. Which windows should I open though?? If I open his, he might get burnt from the sun and maybe the wind will be too harsh. If I open the other back window, that should hopefully give him a nice breeze. What happens if a bee flies in though? Someone couldn’t reach in and grab him from the opposite window could they??

We’ve arrived at the park. I already put sun cream on him before we left as you’re supposed to allow time for it to soak in. Have I allowed too much time though and now it’s starting to wear off? I’ll put some more on just in case. Actually – maybe I should put him in a full length sleepsuit and then I don’t have to worry about him getting burnt. Yes, it’s probably better to cover him up. But then he might get too hot. Should he be getting some Vitamin D as well? He probably should. How will he get Vitamin D if I’m always covering him up?

Home time. Wow – he’s properly crawling now. Good job we baby-proofed his playroom already. But what about the plug socket? It’s not the done thing to get plug covers any more is it? But he is really pulling on that plug. And what about the glass in the patio doors – could he smash his head open if he fell through them. They’ll be double-glazed and strong outdoor glass so I’m sure it will be fine. But what if he tripped and fell with some force?

I’m better off just getting a playpen. He might scream if I put him in a playpen though, and I don’t like the look of the railings on them. Surely he’ll just keep hitting his head on it? He’ll just have to learn not to hit his head! Can babies learn like that yet though? When do they start understanding cause and effect?

Now that he’s hit the crawling milestone we should probably think about getting a walker to encourage the next developmental stage. Although do they actually hinder walking? I read somewhere that jumperoos aren’t good for the same reason, but he loved his and it gave me five minutes to quickly empty the dishwasher or clean his bottles, so I’ll just ignore that piece of research.

A few more nappy changes and questions about milk and food and it’s time to go to bed. Best give him a bath first. We’ve started giving him a bath every night because he’s covered in sun cream and food most days now. Is that too often though? He does have sensitive skin so maybe we shouldn’t. But his moisturiser keeps his skin fine, so it should be okay. Are we over-using the moisturiser though? Is his skin becoming dependent on it?

A quick bedtime story and a cuddle later, and he’s in his cot fast asleep. Phew! These questions have exhausted me. Time for a bit of relaxing now. At least when I’m back at work I won’t be constantly questioning myself over baby decisions.

Thank goodness we’ve found a nice nursery for him. Although how much can you really tell about a nursery from just one visit? Maybe it’s all a front and the staff are really horrid? I should probably be thinking about primary schools now too. How much weight should I give to an Ofsted report? What happens if he gets in with the “wrong crowd”? Can you have a wrong crowd at primary school? You definitely can at high school. He might be in with a group that encourages him to smoke, or do drugs! Oh god – what if he gets bullied? What if he’s a bully?! He’ll need to concentrate on his school work so he can get into a good university. University is just so expensive though. The fees can’t keep on increasing can they? We’ll have to start saving now. If he doesn’t go to university he’ll still be able to get a good job won’t he? What if he doesn’t and he’s doomed for a life of crime, robbing old ladies so he can fund the drug habit he developed after hanging around with a bad crowd when he was four…

Maybe I should just go to sleep and think about it in the morning. I’ll have all the answers tomorrow.