A Letter to my Autistic Father 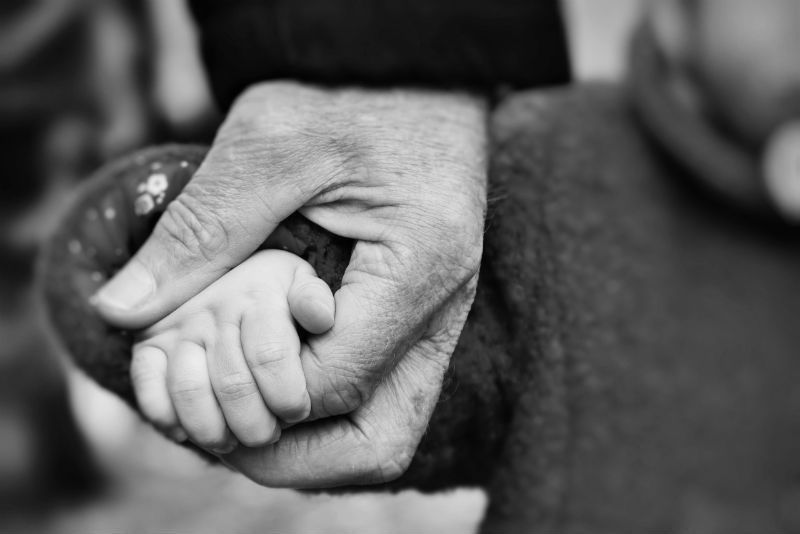 I was always a little confused when my friends’ Dads would hang around, and would be involved in their day-to-day life…

When I grew older and moved away to Uni, this confusion changed to something like jealousy, hearing about the parent-child activities. As an adult, it moved to embarrassment. Not being quite sure which version of my Father would appear at social events; manic and talking at 100 miles an hour, antisocial or not attending due to ANOTHER illness. The anxiety from my Mum would come off in waves; shushing, as children can’t possibly be loud in their own house. Encouraging us to play at the homes of our friends but refusing after school play dates at ours for no good reason.

I think the pieces starting falling into place once I started studying Psychology and I could see reflections of my Dad in the course books.

His emotional distance, behaviour that screamed lack of interest. Removing himself from any situation that overwhelmed him. His obsessive interests.

Any discomfort in our relationship was always put down to me. I was too intelligent (I would confuse him to the point of walking out mid-conversation). I was too enthusiastic in my expression (I was accused of being aggressive)

It was only when I became a parent, making him a grandfather, that I looked into it more. Our emotional clashes were becoming more frequent, with my Mum always playing the part of the referee. I ended up pushing them for a diagnosis; if there was any chance of reconciliation, it needed to be done.

Because of this age, the NHS were less than helpful. He had spent nearly 6 decades living this way, what was the point of finding out now. He was married, held down a job and raised children (albeit at arm’s length; surely that didn’t mesh with Autism.

So instead, they went private, and within a day, the diagnosis was clear. “High Functioning Autism”. More recently, this diagnosis has been absorbed into the general Autistic Spectrum. But now, it had a name.

So, in my 30s, it became official. My Dad was Autistic.

I now have a framework to explain his behaviour; the times he changes the subject is not a lack of interest but his literal brain trying to find a connection. His refusal to attend his grandchildren’s events is not a lack of care, but an act of self-preservation. The sensory overload is too much.

I expected our relationship to improve with a diagnosis and they haven’t. He uses the diagnosis to justify behaviour he never did pre-diagnosis. His relationship with my Mum has broken down beyond repair.

However, I understand him in a way I hadn’t for the first three decades of my life. I have researched non-neurotypical behaviour to the point where I accept it is just who he is.  I am more patient, listen better and accept that if he’s in the room, it’s because he WANTS to be in the room. If he doesn’t, it not about us, it’s about him.

He loves his family, me included, with a burning loyalty, just not the way that I wanted or needed as a child, or as a teenager and adult, because you never really stop needing your parents!

Through forums, I have discovered, we are the lucky ones. Parents with Asperger’s can be controlling and abusive; but like many, many others, we received a principled, loyal, honest and faithful person.

The surprising outcome of all of this is an increased self-awareness.

The more I dig deep into the Aspie world, I’m finding it’s a mirror to me.  Whilst female Asperger’s presents in a very different way, a lot of what I have read fits into the feeling I had always had of being slightly outside of things. Like I am wired differently to others.

It may be nurture, rather than nature, but I hope I have inherited some of his strengths; being passionate, deep and focused – characteristics which have been the backbone of my career, a drive to social justice and a delightful eccentricity that my friends tell me they love about me. I watch myself with my girls, conscious not to ever make them feel unwanted or unloved, encouraging them to settle in their own skin.

Who knows what the future will hold, but two things I’m sure of: it’s never too late to repair relationships and knowledge is power.