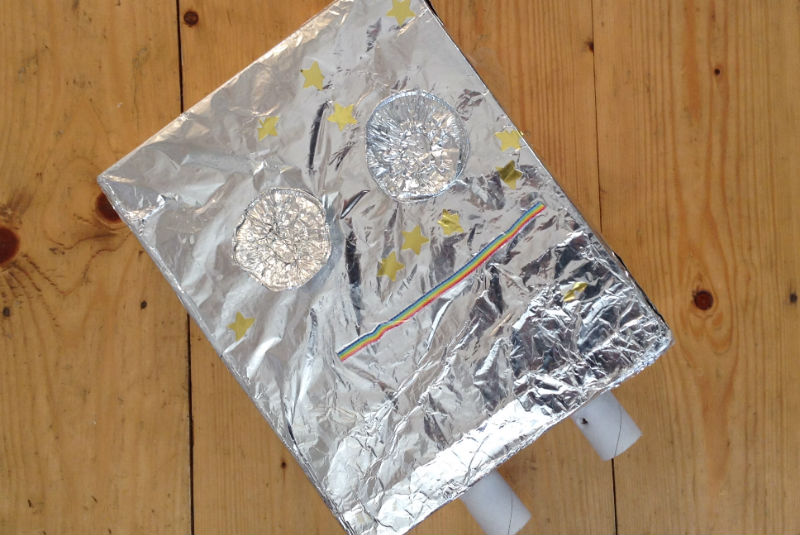 Hands up who has a drawer full of their children’s paintings? OK, how about a cupboard full? A wardrobe and a cupboard, a pin-board so full that bits keep dropping off and several boxes stashed in the loft? Err, that will be me.

I don’t know whether it is something to do with being a writer, but ever since they first put pen (or rather, splodgy paintbrush) to paper, I have been the most avid fan of my children’s creations. Don’t get me wrong, I don’t expect other people to think my kids are Picassos-in-waiting, but I just get such joy out of what they make that I find it hard to let go. Ever.

Number one son caused a lot of anxiety by being rather late to want to explore his artistic side.

“When will he do some painting?” I used to ask the kind teachers at nursery, as he charged about the playground, dressed in his Spiderman suit.

They exchanged glances and made some comment about him making “meaningful marks” when he was “ready”. Ready? I had a whole kitchen wall prepared for his miniature art works! I didn’t want to be pushy but I almost told them to hurry him a long a bit. It turned out he was averse to holding pens and pencils for a long time, so when he did produce a wobbly drawing, a sort of circle, two eyes, a nose and smiley mouth, I was beside myself with joy and pride and stuck it on the wall beside my desk. It was there for years, actually, until I took it down  – and only because we moved house.

Yes, moving house revealed the full extent of my kiddie art hoard. Second son was more into painting than the first one, so his portfolio grew quite early on. I was almost moved to tears by his picture of himself in the park by a slide at the age of three. And he then did a family portrait in which we all had huge round bodies and stick legs. I stuck that on the wall too.

Not to be outdone, first child had graduated to what I like to call the “licking and sticking” stage – that is model-making using old cardboard. That was the moment that the cornflakes packet and all the inners of the loo rolls started to mysteriously disappear. I didn’t mind that but I did draw the line at him nicking the inside of the kitchen roll before it was finished. These creations were quite bulky, which brings me on to another issue.

Do you give in, keep everything, and have a house which looks like an extension of the reception class, with massive splodgy paintings all over the walls and every shelf space covered with play-doh models and strange objects made out of clay? I have yet to see a child’s creation in clay which resembles anything recognisable. They are just sort of squashed brown lumps. But I kept those as well and I did have a few on the shelves in the kitchen for a time, because I found it hard to say goodbye.

In the summer holidays I made matters worse by sending them to art courses for a week at a time. They returned with yet more paintings, puppets on sticks and massive papier mache dinosaurs ( I still have one). A trip to Ikea helped with some of the storage issues but where do you store the storage boxes when the cupboards are full?

I know some mothers who are quite ruthless about it. I’m not judging, in fact I admire their strength of character, as they murmur “That is lovely, darling!”, and then chuck yet another finger painting in the bin, before their little one notices. But the fact is, I find it hard to do likewise. Moving house did make me carry out a mini-cull of artworks but there is more to do and I am dreading it.

I love the idea of keeping their pictures, to show them when they are older  – even if we are living in the garden, because we can no longer fit into the house…

Like this? You can read more of Beezy’s brilliant Motherload blogs here. For the very latest from our writers, visit The Motherload® homepage

Beezy Marsh is a writer and journalist. She is almost sick with excitement about her first novel, MR MAKE BELIEVE, which is coming out very soon! Read more blogs and books news on her website