Is It Time To Ban Bounty From Maternity Wards? 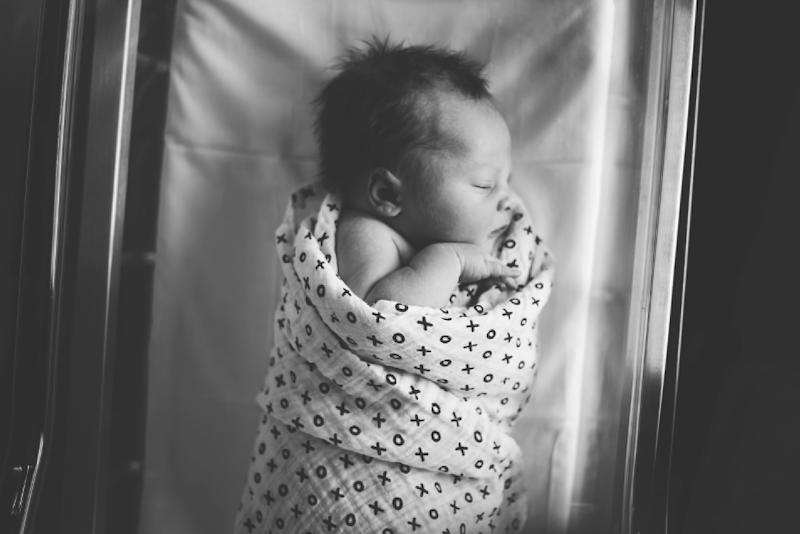 There’s a whole lot of odd stuff that goes on immediately after you have a baby. All at once, the chaos of childbirth comes to an end, an entire human falls out of you (well that’s how it felt to me, anyway), and the room fills with people doing various jobs that you can’t fully understand because you’re off your face on whatever drugs were available.

Then comes a lull, and things start to get a bit calmer. Once the checks are over and the people have gone, you’re left to your own devices for a little while. Left to stare at your newborn and wonder what in the holy heck just happened, and why no one has noticed that you don’t know what you’re supposed to be doing with this tiny creature.

A few hours later, something even weirder happens. A woman bursts into your room, with a frightening grin smeared across her face, an unexplainable bounce in her step and a manner terrifyingly reminiscent of Dolores Umbridge.

“Hello!” She exclaims, practically exploding with enthusiasm for the wonderful day that it apparently is.

“Hi,” you mutter, wondering what this next visitor wants and whether you’re going to have to form actual sentences or if a few grunts might suffice.

“I’m just here to check some of your details.” She basically shouts, so enthralled is she to be here and alive on this fabulous afternoon.

That’s odd, you think. What details could they need? I mean, I’m pretty sure the hospital should know who I am. Oh well, let’s see what she wants.

She then embarks on a bizarre phishing exercise in which she tries to harvest the personal details of you and your freshly born child, still grinning away and giggling like an absolute maniac, under the pretence that she already has the information and is just “checking a few things.”

Honestly, this is 100% what happened to me when a representative from Bounty moseyed on into the labour ward, a few hours after I’d had a baby.

At the time I just thought it was strange that someone I had assumed to be a medical professional (because who else would be coming into the room?) needed to know personal information about me and my baby.

I soon realised that she knew nothing about me. She wasn’t a midwife, or a doctor, or a qualified person of any kind. Baffled as to what was going on, I told her to leave.

“Oh okay, that’s fine, you don’t have to give me your details.” She says, the grin starting to slip.

“But do you want me to take some photos of your baby?” She screeches, thrilled with the inspiring idea that she’s evidently just had.

Absolutely not, I mutter to myself. An insane woman has clearly gained entry to the labour ward unlawfully and is now demanding a photo shoot with my offspring. What an odd day this is turning out to be, I think.

Plot twist. She wasn’t an insane woman. Well, not certifiably anyway. She was doing her actual job, which is apparently allowed and had been authorised by UK hospitals and those other powers that be.

Those same powers, might I add, that wouldn’t let my parents into the labour ward until visiting time a few hours later because “it’s such a special moment, it should just be for you and the baby.”

It turns out that Bounty representatives are allowed to merrily march about the labour wards of hospitals all over the country, trying to grab personal information from women who are, let’s face it, in the most vulnerable position you can possibly imagine.

As a sort of bribery offer, they present you with a plastic wallet full of vouchers and samples. Some of them are ok, I received a borrower-sized pot of sudocrem which did prove very useful for the old changing bag, but the rest of it is just a waste of trees to tell you the truth.

Once they’ve harvested all your information and recorded it on their little clipboards they offer to take photographs of your baby and sell them to you at exorbitant prices. LIKE A THEME PARK!

I honestly do not know how this has ever been allowed to happen. Can you imagine a business approaching the NHS with this pitch:

“So guys, I think it’d be a good idea if we could have access to all theatre recovery rooms. We want to sell overpriced stuff to people as they come out of surgery. You know, when they’re a bit groggy and drugged up still. They’ll be way more likely to purchase whatever we’re flogging.”

“Sterling idea lads,” says the NHS. “Here are the keys to all the hospitals.”

Sounds like nonsense, doesn’t it. Yet this is what actually happens on our labour wards. And it’s still happening.

To add insult to injury, it appears that Bounty don’t just keep the personal information they harvest from mothers and babies for their own purposes. They’ve been selling that too.

That’s right folks, Bounty was fined £400,000 in April 2019, for illegally sharing personal information belonging to more than 14 million people. The data shared was “not only of potentially vulnerable, new mothers or mothers-to-be but also of very young children.” The Information Commissioner’s Office said that “while many knew Bounty as a pregnancy club, few knew that it was also a data broker supplying information to third parties that would use it to fine-tune direct marketing.”

I think this is an absolute disgrace, and it needs to be stopped. So, if Dolores pops up in your room on the labour ward, notebook in hand, joker-style grin plastered across her face, make sure you show her the door.

You can read more about Bounty and what they were fined for in this BBC article. It also includes the company’s response to the fine.

Alexandra Griffiths is a freelance copywriter and toddler-mother, desperately trying to navigate the danger-fraught world of parenting for the first time. She hates soft play, but you'll find her there most days regardless. Follow Alex on Twitter @amgriffiths89 or visit amgcopy.com.