Breastfeeding Didn’t Work For Me, Why is this Taboo? 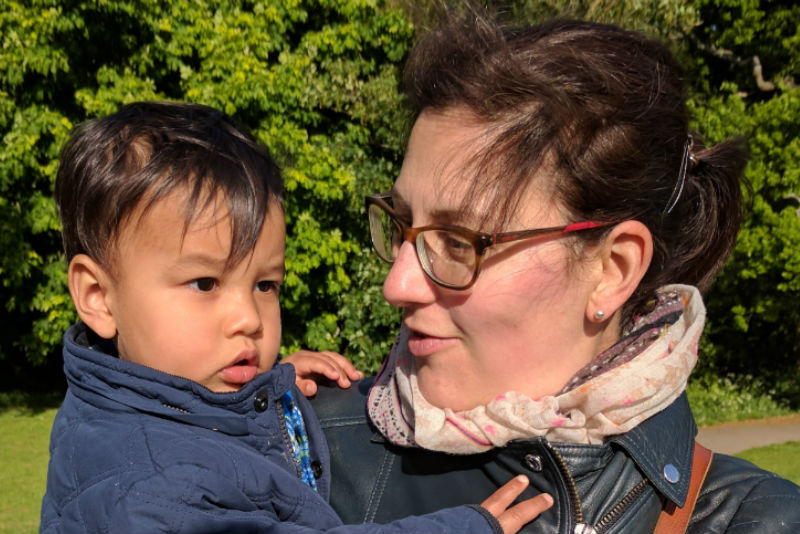 My son has just turned one and I have been reflecting on his birth and the weeks after. I had planned to do the natural birth thing with no interventions as far as possible, as most mothers-to-be plan. After 24 hours in labour, and two hours of pushing in every position imaginable (including in the birthing pool), our midwife decided it was time for me to be assessed in the labour ward. She had seen baby’s head descend and disappear whilst I was pushing so I guess had assumed there was some obstacle. After a very painful assessment, being transferred to theatre, spinal block inserted (during contractions!), Jasper was born with my help and the help of forceps. He had the cord around his neck and under his arm. By some miracle he hadn’t been distressed, was a good weight and did really well on his APGAR. We spent one night in hospital and were released the next evening.

In the recovery ward after he was born, our midwife Kerry, who had stayed with me throughout my active labour and the whole birth, helped me do skin-to-skin with him as we had put in our birth preferences. Jasper quickly found his way to the breast and suckled. That was an amazing moment and I wish that his father had been able to witness it. Suddenly I was a mother to this mini human!

Some help was offered in the maternity ward on breastfeeding but to be honest, I was very nervous and didn’t know what to look for or what to expect, even after reading all the books and doing NCT classes. I remember that it was already hurting but was told that pain during the first few seconds was normal. I remember that I already didn’t feel confident I was doing it right but assumed it would get better as he and I were both learning. I just wanted to get home and be in my own environment, sleep in my own bed. Family members also offered anecdotal advice such as “baby knows best, he’ll tell you when he is hungry”, “breastfeeding is supposed to hurt” etc.

Over the next few days we had feeds that seemed to go well and others that didn’t. Much of the first week, he slept a lot and some family members said that was normal. I knew newborns slept a lot but had a feeling something was wrong. Looking back at messages I sent to friends with babies, I had already been considering giving him a bottle. When the midwife visited at home, she advised me on the latching and how to hand express. She also told me to offer him 30 ml of formula from a cup.

Then his five day check came round at the hospital. Jasper had been sleeping a lot and a lot of fluid had come up since he was born. The midwife weighed him and sent us to go to children’s A&E to get an accurate weight; he had lost 12.6% of his birth weight. We were astounded and I was very upset, I felt very guilty. We were then sent to the paediatrics department where we waited for hours. The paediatricians were throwing terms around like ‘severely dehydrated’ and ‘jaundiced’. They needed to take some blood to check for dehydration and jaundice. My poor little newborn was pricked multiple times in both feet which didn’t provide enough for a sample. Then a senior paediatrician had to take blood from a vein in his hand which thankfully worked. We made our case to go home and come back if required. I really did not want to return to the busy, noisy maternity ward. Later that evening we had the call that he was a bit dehydrated and we needed to come in for that to be monitored and to get his weight back up.

The paediatricians put Jasper on a strict feeding plan 70 ml of expressed breastmilk or formula every 2 hours – only by bottle so we knew how much he was consuming. This was quite a different calculation to what the midwives had told us. We needed to wake him up if he didn’t wake from hunger. The two days we spent back in hospital were a mixture of frustration and also intense learning. Jasper was taking the feeds but was being sick with each one. We couldn’t figure out why. We asked the paediatricians who were not much help. After a day of him being sick after each feed, he was so sad and hungry – poor little guy. We finally spoke to a midwife who suggested we try a teat for premature babies which is very slow. The difference was immense, no more vomiting and he put on weight quickly and became more responsive. We no longer needed to do the doll’s eye technique and take all his clothes off to wake him.

After around six weeks of trying to exclusively breastfeed but also keep my baby’s weight up, we tried for one more week to offer the boob for each feed, attended breastfeeding clinics. By this point, I began to resent him for not being able to do it properly, myself for not being able to do it and started to dread each feed. One day I literally couldn’t bring myself to try to get him to latch. His father said “enough!”; that was a turning point.  I continued to pump and gave him my milk as I wanted him to have the best start. Looking back I don’t know how I pumped and looked after my baby, it’s so time-consuming! Once I stopped trying to breastfeed, I was so relieved but felt so immensely guilty and disappointed in myself. After that disappointment faded I started to fully enjoy my son and motherhood – he was maybe 10 weeks. Bottle feeding also meant my husband could take a much more active role and they now have a wonderful relationship.

My gorgeous boy is an utter delight at one year old and lights up my world every day. I wish I had fully enjoyed him from the moment he was born.

I still don’t really know why breastfeeding didn’t work out for us but I think Jasper had a shallow latch most of the time which meant I would get nipple blanching. Confusing advice from the different medical professionals may have also contributed. I was told numerous times that combination feeding would affect my supply however once his weight had dropped so much I had no choice but to do it, and I continued to do it until he was 3 months. I wish I had followed my instinct earlier. Next time around, I will challenge what the medical professionals tell me as I think as a first time mother on the post-partum emotional roller coaster, I just accepted all that they told me. I agree that breastfeeding should be encouraged but when a baby’s health is at risk then offering some formula or a bottle is okay too.

I want other mums to know that breastfeeding doesn’t always work for everyone and if it doesn’t it’s not your fault. I wish more people had told me that and that I had listened. The most important thing is that baby has a full tummy, is happy and loved. I recently read an article about the newborn who died of dehydration, I don’t want to think about if Jasper had lost more weight.

Sophie is mum to 1 year Jasper and a part-time international charity worker. Like most mums she battles with her natural instinct to do everything all the time – be successful at work, a good mum, a good wife, retain some independence and some of her pre-baby identity and be a domestic goddess – whilst at the same time being a feminist. You can follow Sophie on Twitter