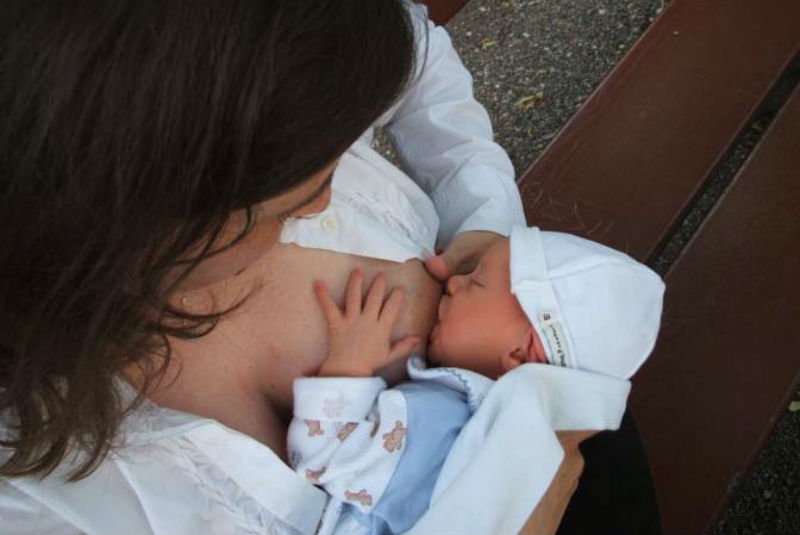 Two years ago, when I was just starting off in the blogging world, I wrote a post about my experiences of breastfeeding which you can read here.

In short, for me, breastfeeding hurt.

Both times, after a few weeks of perseverance, tears and a lot of lip-biting, it got better and I carried on breastfeeding to the point where it did become pain-free and natural as promised.

But I still remember the pain of the early days; the fear that went through me every time my babies cried for a feed, sobbing while they latched on to my bruised and stitched up body in those early post-partum days.

This wasn’t at all what I’d been promised. The antenatal classes had lied.

On the second anniversary of its publication, I reshared it to my Facebook page. A day or so later, I noticed it was getting a lot more traffic than usual (i.e. some), so I looked and found that it had been shared into The Motherload® Facebook group where rather than being met by a tumbleweed, others were offering their experiences; many of which were very similar to mine.

Here are just some of the comments;

“Take the toe curling pain of let-down early on along with the constant use of overly sensitive body parts and it doesn’t make sense it wouldn’t hurt initially. I did come close to giving in a few times, even though I was prepared for the agony the second time around! Now, three months in it’s the easiest thing in the world!”

“I was also told if it hurts, the latch isn’t right. I suffered horrendous PND with my first and felt a huge failure for struggling to breastfeed and would panic when she cried because the pain was so bad.”

“When I went for an antenatal class with baby no. 2, I was told it wouldn’t hurt. Having breastfed previously, I told them I was expecting it to hurt a lot again. Mentally for me it was better to expect it. Good job I did, as I was in agony after day three but this time knew what to do (express for a few days which is a lot less painful).“

“I’m currently breastfeeding my 11 day old little girl – my GOD was I in agony. It’s easing now and becoming easier to handle but how I wish someone, anyone had told me how painful it could be and that it’s not always a latch problem, a tongue tie, engorgement, etc and that it does just take a while for your nipples to toughen up!”

“Like so many other things with childbirth and child-rearing I felt let down and lied to re. breastfeeding. If I’d known what to expect I’d have been better prepared.”

“It felt a bit like someone had run over my boob in a lorry after vigorously rubbing my nipple with sand paper. I was just told by the Health Visitor to persevere and so I did. It was horrible and very upsetting to not know when it would end. When the pain began to subside Aidan suddenly started to bring up blood. After Rushing to A&E one morning I was told the blood was coming from me because I had cracked nipples. All very normal apparently. It would have been helpful to know this could happen so I didn’t completely freak out about it. It was so scary.”

“I love breastfeeding my son and I’m chuffed I stuck with it. But I really think health visitors, NCT classes and midwives should give you more information about how hard it is. Ignorance is not bliss in this situation. The facts help you make informed decisions about how to feed your baby and may stop you feeling like a total failure when it gets tough.”

From this small sample alone, it is clear that telling pregnant women that if breastfeeding hurts then something is fundamentally wrong, is untrue.

I do understand, completely, that we shouldn’t just stoically power on through the pain; this is where midwives, lactation consultants and health visitors should be involved to make sure that things are okay and there are no complications; tongue tie, mastitis, engorgement…

But nor should we be lead to expect an easy ride.

So this is where I make a plea: a campaign for truth, an end to the sugar-coating.

It must be the end of breastfeeding for so many mothers; feeling pain and thinking that something is wrong. Not realising that it will be short-lived; thinking that this will be their sentence every hour until their baby weans. Distrustful of anything their health visitor or midwife says.

Statistics from Public Health England released in 2017 showed that almost three quarters of the 500 mothers surveyed feared that breastfeeding ‘could be painful’.

Well, it can be. We can’t alter that fact; it might not, but it may well hurt. But, crucially, we don’t need to fear it. We are grown women. We are prepared to go through childbirth. We would do anything for our children. Be honest with us; let us mentally prepare. Tell us the coping strategies, tell us that it isn’t long lived. Encourage us.

Don’t lie. Don’t tell us that it won’t hurt, and when our fears are confirmed admit that actually, you just said that to make us feel better about it.

This strategy clearly doesn’t work. Breastfeeding rates in this country are woefully low; UK mothers have some of the lowest breastfeeding statistics in the world.

Something needs to change and I think that honesty is a good place to start.

Like this? Share it, and spread the MOLO love! You can read loads more brilliant MOLO blogs about breastfeeding here

Fran is the tired co-creator and owner of two small people who do their level best to ensure she stays sleep deprived all of the time. She likes tea, New Zealand Sauvignon Blanc and going to the toilet alone. She lives in Kent with her husband, the kids, and a dog who’s a big pain. She blogs at Whinge Whinge Wine, and was the winner of the Mumsnet Blogging Awards Best Comic Writer 2016.