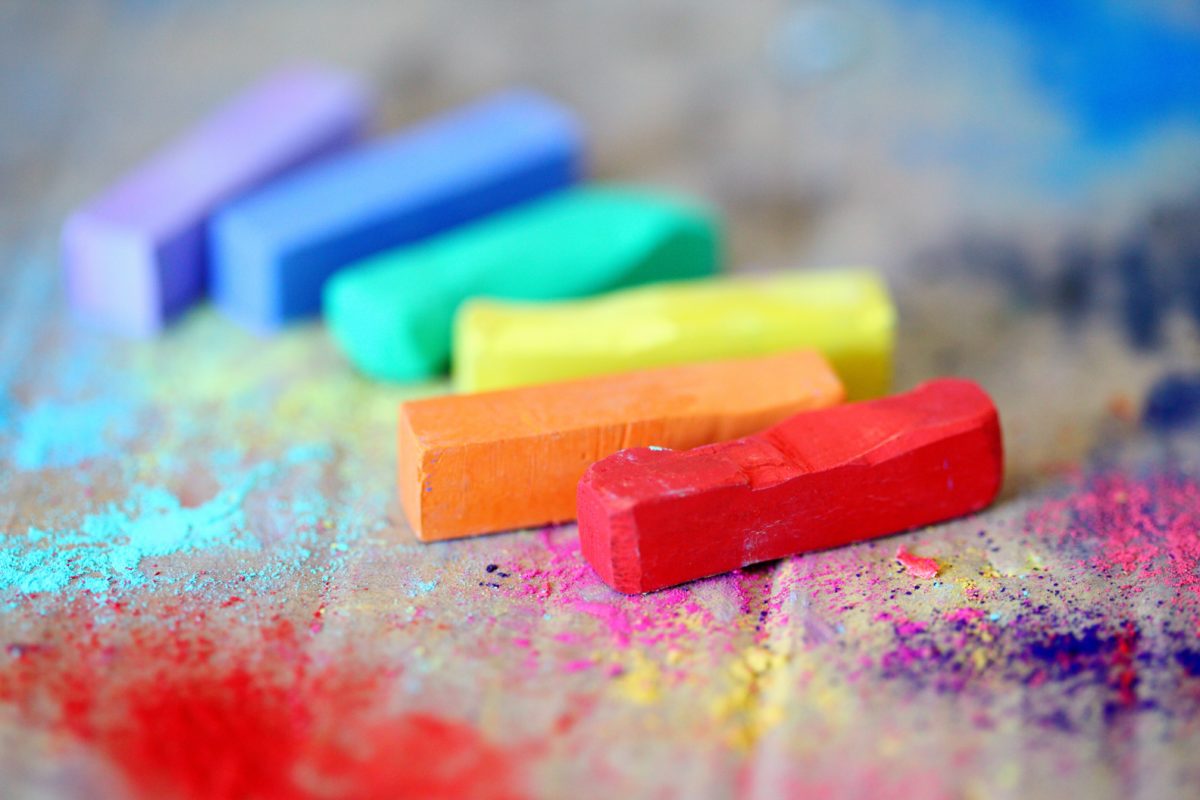 How Can my Girls be so Different?

‘It’s another girl,’ said the male sonographer at our twenty-two-week scan, ‘sorry.’

Ignoring the last comment (that’s a whole other article), I remember being delighted that our second, and definitely last, child was a girl.

We already had a three-year-old daughter and I liked her quite a lot. The idea of a replica was appealing. How naïve was I?

The first clue that our second daughter was not from the same mould was during pregnancy. Where the first lay in breach position, toes behind her head, happily soaking in her amniotic bath, the second seemed determined to break out. It was as though my womb were a cage that, if she wriggled or kicked hard enough, she could escape.
Immediately after birth they were equally different. Child one was sleepy, quiet and easy. We had to wake her up for feeds, my husband tickling her earlobes or feet to keep her awake long enough to take in the milk she needed.
Imagine how much my baby group hated me. There was relish in their voices when they told me the second would be different, but I didn’t believe them. My husband and I were relaxed, that’s why we’d had a chilled-out child.

The second would be exactly the same.

Guess what? I was wrong. I was as wrong as it is possible to be.

That kid came out screaming. Within four hours I’d sent my husband to the chemist for as many dummies as he could find. Me, who thought I was against dummies because babies should learn to self-sooth, plugged that infant the first day she was born.

The firstborn would lean in and cuddle. Her laconic nature meant she didn’t move around much, so she grew pudgy and squidgy and satisfying to hold. Despite this, she was equally happy to be put down, or passed to the next in the queue for snuggle with a floppy, fat baby.

Number two was busy. She wanted to be held, but in a position that suited her, facing outwards, upright so she could assess the world from the best vantage point. She would not let me put her down, would not go to anyone else, would cling and scream until I gave up and wore her like a permanent appendage for two long years.

Whilst it sounds exhausting (and often it was) I can’t pretend I didn’t get anything from this behaviour, I may even have been partly to blame. There’s four years between my daughters, and when the second came along, the first was already independent. The quiet, placid nature developed into a fairly self-sufficient child.

I knew number two was my last and I clung to her babyhood just as she clung to me. There’s something deeply fulfilling about being needed so viscerally. I was concerned she’d turn into that kid who never goes on school trips because they don’t want to leave mummy, but I needn’t have worried. She doesn’t give me a backwards glance these days.

And here we are, fifteen years on from that first baby and I can confirm I was an idiot to expect two children from the same parents, same womb, same upbringing and schooling to also be from the same species.

My two are different in every way imaginable, even down to their looks. One has straight blonde hair and blue eyes, the other, curly dark hair and green eyes. You wouldn’t pick them out as sisters in a line-up.

Where one saunters, the other jumps. One wants to be centre stage, the other in the shadows. One tells you every thought in her head, the other prefers silence.

The research I’ve done into why same-sex siblings would be so diverse all seems to conclude that it’s due to environmental factors – nurture rather than nature. I’m not convinced, mainly because I recognised the disparity in my girls so early in their development. The environmental conditions of my womb can’t have changed that much, right?
It may be a genetic anomaly that my two are so different, especially as one is so much like me, the other like my husband (guess which is which). The children of my friends seem to be more of a mix of both parents, but my kids’ ‘chalk and cheese-ness’ has led to one significant advantage: They generally get on.

The age-gap may help with this; they’re rarely in competition with each other, but I think it’s got a lot to do with how very different they are. They don’t want the same things, so they have less reason to fight.

Either way, if you’re about to find out the gender of your next baby, do not expect them to be a replica of your first. Don’t even expect them to be from the same solar system, because, like me, you might be in for a shock.