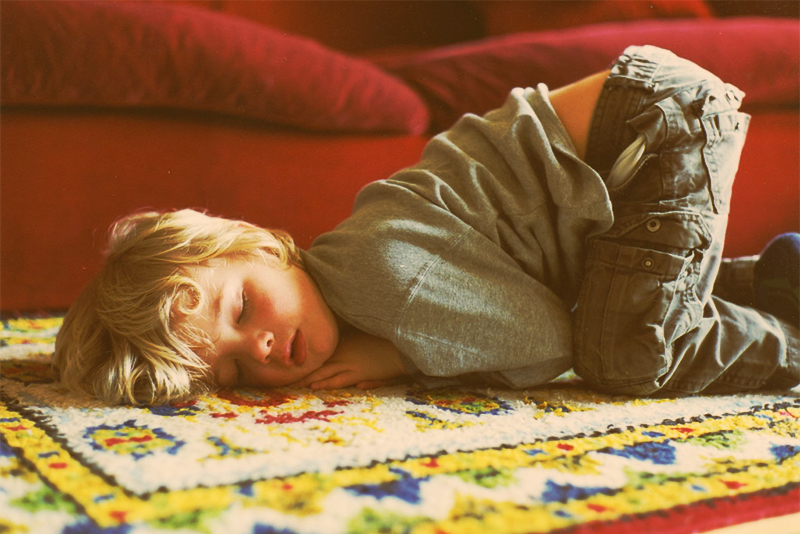 In the last year I’ve spent roughly 400 hours putting my daughter to bed, that’s the equivalent of 17 days spent sat in a dark room. I worked that out whilst putting her to bed tonight (sat in a dark room). I have a child who doesn’t sleep!

Amongst my NCT mum friends I’m the only one who has to sit with her toddler until she’s asleep, a fact that I painfully remind myself of each time I do it. I pretty much know the answer to it, but I never subscribed to the ‘cry it out’ or ‘controlled crying’ methods.

My mum didn’t either. She described how she would literally crawl out of my brother’s room hoping she could make a successful escape only for him to sit up and call her back. I’ve had pretty much the same experience. More times than I can count, I’ve tip-toed out of her room, carefully stepping around the creaky floorboards, like Catherine Zeta-Jones in Entrapment, until I manage to get to the doorway only to have to go back (muttering expletives under my breath) and start all over again.

More recently I’ve decided to try and put the time to good use, as my creative thinking time. I write blog posts in my head, plan chapters for the book I want to write, ponder world issues… then end up wondering if I’ll ever have a flat stomach again which usually leads me to make firm resolutions that I will exercise tomorrow and start the 5:2 diet (never happens!).

Bedtimes and sleeping through are pretty much the main areas where I feel like I’m in the slow learners’ set at school. I spoke to one friend about it a year or so ago and she said “What?! She’s still not sleeping through?” I didn’t know any better at the time so thought “shit, what am I doing wrong?”. Thank God for mummy blogs because now I know there are many others out there laying, sitting, or slumped in dark rooms waiting for their offspring to FINALLY go to sleep so at least some of the evening can be salvaged.

Actually, on the very rare occasions my daughter has slept through I’ve become a superstitious nutcase trying to replicate everything I did the previous day and evening (right down to the same pair of pyjamas) in the hope of her doing it again. The most frustrating part is there are no rules! I haven’t found any specific thing I can do which will help guarantee a good night. I’ve exhausted myself trying to pack in as much physical activity as I can, run round parks, negotiated soft play apparatus, and still get crap nights.

If it weren’t for a friend I met at toddler group I think I’d have gone mad. She is also the proud mother of a child who doesn’t sleep. The pair of us have bonded over the fact our kids don’t sleep, and sometimes her nights are even worse than mine. Most mornings we check in with each other and compare notes. It’s been such a revelation to know this is all normal. I’ve heard from some mums that when kids start school they start sleeping much better. Oh well, only another 2 years to go then!

In the meantime I’ll follow my friend’s advice and where night times are concerned keep my expectations low, that way I can’t be too disappointed!