Why my Child Isn’t a Rainbow Baby 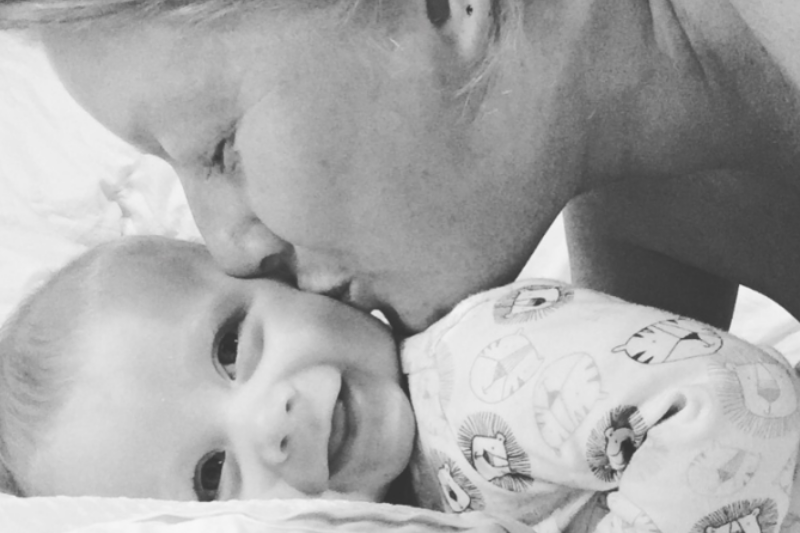 I completely understand a woman’s choice to use it to describe the baby that comes after a miscarriage, stillbirth or infant death. That child in some ways would be considered the sun after the rain. It’s a hopeful term, it’s a bright word, it’s a gift.

But when I became pregnant with my now one year old son after my first pregnancy ended in miscarriage one of my friends said to me, ‘Oh this is your rainbow baby’.

At the time all I did was smile and nod because actually I didn’t know what she was talking about! A quick Google filled me in with the following definition:

A “rainbow baby” is a baby that is born following a miscarriage, stillbirth, neonatal death or infant loss. In the real world, a beautiful and bright rainbow follows a storm and gives hope of things getting better. The rainbow is more appreciated having just experienced the storm in comparison.

Once I’d read and understood, I cringed! Why does my beautiful baby have to be any kind of follow on? I didn’t want it to be. I didn’t want this baby linked to such a shitty thing that had happened.

Everyone reacts differently to a loss, and it all depends on the person you are and the type of loss it was. For me, it was such an early miscarriage that I did not grieve for the baby, what I grieved for was the loss of the future I’d seen. We can’t help ourselves, the very second we pee on the stick and get our positive we see a future, in seconds. For me I’d seen labour, smiling and cooing over a baby, laughing at being shat on, pushing this baby on the swings when a bit older, chasing it around the park when it was older still, and having Sunday cuddles as a family on the couch. And when I miscarried, and the sonographer confirmed my deepest fear, I lost all that. It was all gone in a moment.

It did hit hard, I was heartbroken, I sobbed. I’m not made of stone! And if I am honest with myself, if I hadn’t got pregnant again so quickly after, perhaps I would have had a different journey and a rougher time. There certainly would have been what-iffing; What if I can’t get pregnant? What if I can and it happens again? What if being a mum isn’t ever going to happen for me?

But getting pregnant again so quickly but paid to those thoughts at least. Of course I worried throughout my pregnancy that something might happen but this pregnancy and this baby was the future and not the past. I didn’t even notice when my first pregnancy’s due date came and went and I honestly can’t tell you to this day what the date was that it should have been born.

Thankfully I didn’t hear the term ‘rainbow baby’ (not in reference to me) for the rest of my pregnancy but when my beautiful boy was born someone said again ‘what a beautiful rainbow baby’ and I had to say something.

I didn’t want him to be labelled before he had a chance to show me who he was, I didn’t want to always look at him and be reminded that he was a sequel to a prequel that never was. He is not a rainbow baby, he is all colours, he is the Earth, the Sun, the stars and the Moon, he lives in no one’s shadow and I’ll be sure he knows that every day of my life.

Love this? Then why not give it a share and spread the MOLO love? You can read Ren’s last blog Forget the Cliques, There’s Just One Label: Mum – and for the latest from The Motherload®, head to our homepage.

Got into my 30s and got myself a fella, a dog and a little baby boy. Southerner living in and loving the North. My work is marketing, my passion is good grub with better people!