How To Cope With A Reflux Baby 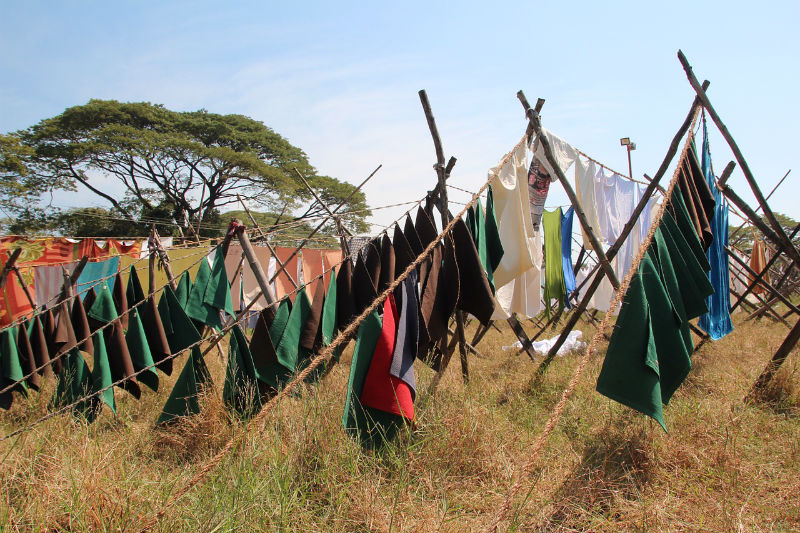 If I had a pound for every time I had sat up in the middle of the night, in utter despair, googling: “my baby keeps vomiting, what is wrong?” – then I would be a rich woman indeed.

In the past three years, I have given birth to two sons. They are both gorgeous, funny, sweet and all the rest of it, but they are also both big pukers. I’m not talking about a little bit of possetting here and there, I’m talking full-on vomageddon, and it has been an eye opener, to say the least.

I still remember the day that I went into John Lewis to do the big nursery shop before my first son was born. There I was, filling my basket with all kinds of paraphernalia when I saw a pack of muslins. “Better get some of these,” I thought to myself, “although there are six in the pack. Do I really need six?” Oh how naïve I was. By the end of his first month, we had about 50.

Every parent knows that dealing with the unpredictability of a little person’s bodily functions can be a source of great amusement, but when your baby is throwing up dozens of times a day (and night) – it is no laughing matter. I am by no means an expert, but if you’re trying to deal with a vomity baby, this may help you.

Ask for help and don’t be fobbed off

Babies vomit. That’s just a fact of life. But most of them just bring up – or posset – small amounts of milk. If your baby is regularly losing most or all of their feeds, then ask for help as soon as possible. I spent six months trying to persuade my then GP and health visitor that my older son had reflux because he would throw up several feeds a day. I went home from every visit to the
clinic feeling like a neurotic new mum who just needed to get a grip. I would despair every time he was weighed and had barely gained a gram or two, but I accepted the explanation that “babies throw up, that’s what they do”. He eventually started improving when he moved onto solids. When his little brother came along and had the same issues – and then some – I was straight on the case. By the time he was five months old, he was under the care of the amazing reflux specialists at King’s, and was well on the road to recovery. Don’t let anyone make you feel you’re being paranoid. You know your baby best.

It’s not your fault

If you’re anything like me, then you’ve probably agonised over whether anything you are doing could be making things worse. My older son was exclusively breastfed for three months, his little brother was on the bottle from the word go. They both vomited all the time.

Write everything down at first

I went back through the notes on my phone the other day and found endless lists of all the feeds I had given my little one with times and amounts he drank and how often he was sick etc. I found it really helped in the fog of newborn exhaustion to have a written record of what was going on so that I could show the doctor exactly what I meant when I said I had a vomiter on my hands.

It may take time

If your child is diagnosed with reflux and put on medication, it might not work instantly, but you should hopefully soon start to see an improvement. My son is on a cocktail of antacid and anti-sickness drugs as well as special formula. It was all a bit of trial and error at the start, but we found the right balance eventually.

Have a spare of everything:

My younger son is nearly a year old and I still take two sets of spare clothes everywhere I go: one for me, and one for him… just in case! Old habits die hard and I have been doused in vomit too many times to let it go just yet. Also, you will have to accept that you’ll spend your life doing washing, so the tumble dryer will become your favourite household appliance. On the plus side, it gives you an extra excuse to shop for baby clothes as you’ll always need more!

I have already touched on this, but these humble squares of fabric are more precious than even the most luxurious cashmere in my book. I always keep them within grabbing distance and both my sons were permanently attached to them for the first nine months or so of their lives. You should never be without one. The big ones are especially great.

Things will get better

If you’re reading this at 3am, having changed your fourth sleeping bag and sheet combo of the night, stinking of regurgitated milk, struggling to keep your eyes open as you hold your baby upright and fervently hope the latest feed will stay down – then I wrote this for you. It will get better eventually. Be kind to yourself and ask for help. The washing can wait… for a little while, at least.