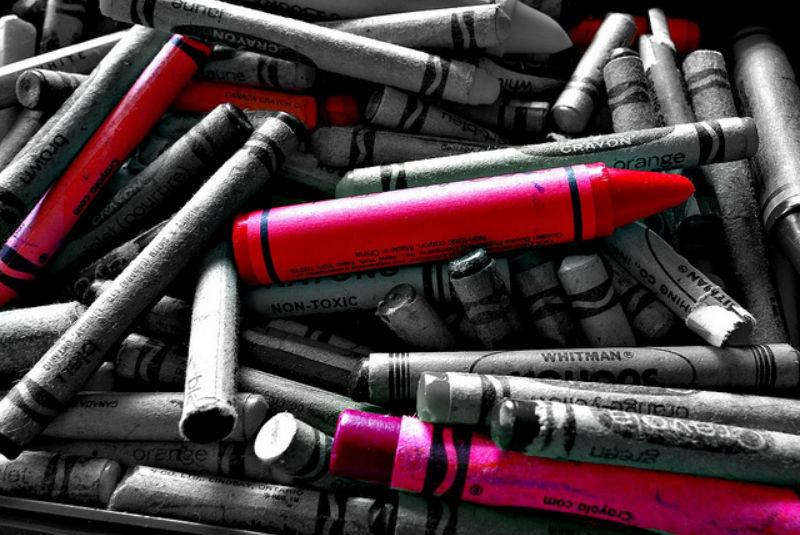 Last week, I noticed something different about the barista in our Cafe Nero. She’s gone blonde. Not only that. She’s had her eyebrows ripped out and replaced with a big Nike swoosh of black dots. She’s not exactly ecstatic about her new ‘no hassle’ look either. The tattoo, she said, will need to be removed and re-done as the ‘browologist’ botched it up. I was mesmerised. No, make that stupefied. Instead of using the hour to study Claudia Rankine with my cappuccino as planned, I spent the whole time trying not to stare at the violent new imposters on her face without following through with laughter.

I got to thinking about why such an attractive woman would allow somebody to draw obese caterpillars above her sparkly brown eyes in the name of aesthetics? Where did she get the impression there was something wrong with her natural brows in the first place? And why is it that women seem to be routinely getting the comedy end of the beauty industry’s Crayola stick? The cosmetics consultant on the No 7 counter used to swear by the mantra:  ‘if there’s an outline around lips or brows after application, flannel it and start over.’

Let’s get one thing straight. Looks-wise, I’m a fucking shambles. I don’t dye my hair, rarely get it cut and wear the same clothes until they drop off me. My friends rib me about wearing dresses from 1997 and the last outfit I reluctantly binned was because my partner said he could see my tits through the threadbare fabric (he was concerned I’d be reported for indecent exposure.) I’ve no idea what’s in style because I boycotted women’s magazines a decade ago and there isn’t a full length mirror in the house (we check our reflection in the conservatory glass door if we’ve got a significant event.)

‘You can’t talk, you shabby cow’, you might say. You’d be spot on but I’m genuinely miffed about a manufactured Braille pattern replacing the biological arches meant to frame women’s eyes. What does permanent make-up say about natural faces? Are we doing one other an absurd disservice when we say: ‘Wow, those drawn-on strands look far more natural than the ones you used to pluck out.’ The ever-thickening eyebrow, I read recently, is a nod to feminist culture and the trendy shape a burgeoning statement of how females are breaking men’s glass ceilings. What a crock. It’s jack to do with girl power, it’ll be the sheer force of all that coarse hair.

Perhaps it’s a patriarchal prank to see how far we’ll go with distorting our faces until we can’t assess our appearance anymore, a bit like The Emperor’s New Clothes only with macabre eyebrows and clumps of stick-on hair. Thank god I don’t have to date men these days with all this facial crap. It used to be traumatic enough when chicken fillets fell out my Wonderbra but no doubt I’d be the woman that lost my gloss-finish nails pulling his foreskin back or the one to wake up in the scabby light of dawn without any real eyelashes under the grafted-on ones. Post-tattoo, I’d be sporting car tyre skid marks over my eyes and all my friends would remark how much better I looked.

I reckon it’s time to reclaim our skin. Face up. I know the advertising industry manipulates us all in to these absurd conformities but the really rejuvenating thing about these clownish extensions of ourselves is that real beauty lies underneath.