DNA and Me, The Adoptee 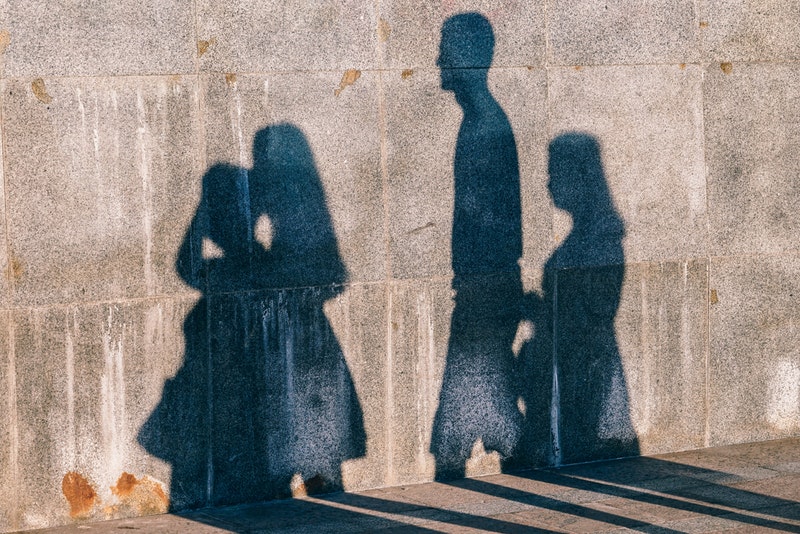 As a contented adoptee, I hesitated when my daughter suggested I did a DNA test. She is ten, and thinks she has a right to know our shared genetic heritage, or, as she put it:

‘I want to know if you’re related to Hitler or a Yorkshirian Warrior.’

She’d decided those were my only options (I’m from Yorkshire and have dictatorial tendencies…). But it got me thinking.

As a child I’d invented various stories about my background, my favourite being that I was the granddaughter of Anastasia, youngest daughter of the last Tsar of Russia. It was fun, not knowing my actual genetic backdrop. Since I’d always known I was adopted and enjoyed an untroubled childhood, I was free to imagine a more glorious and thrilling heritage than my upbringing in a northern village on the outskirts of an industrial town.

Then my daughter put the daft idea of the DNA test in my head and ruined all my flights of fancy. I spat liberally into the plastic tube sent by the company 23 and Me and popped it in the post.

The wait for the test results was more tormenting than I’d anticipated, partly because I’d taken the option to have some health screens as well as the ancestry test.

I’m sure I’m not the only adoptee who finds face to face health check-ups slightly uncomfortable. It’s in my nature to try put people at ease, so whenever I talk about my adoption, I know I do it in a sing-song voice to indicate that it isn’t a source of concern or conflict for me.

I smile at the doctors or nurses who ask about my family’s medical history and explain that I don’t know. It’s implied that we only have me and their medical expertise to go on, because I have no idea if my natural parents are healthily enjoying their sixties (they were young when I interrupted their lives), or whether they dropped dead of a hereditary malfunction at forty-five. The medics scribble in their notes or tap on their keyboards and we both try to keep our faces impassive. I was hoping a DNA test might give me something more to offer at future appointments.

The 23 and Me test gave me a number of choices for what I’d like to discover about potential health issues. I ticked the box to see if I had BRACA1/BRACA2, because I reasoned that if I was predisposed to breast or ovarian cancer, I could (theoretically) do something about it. I chose not to see if I was likely to get Parkinson’s or Alzheimer’s; I didn’t want that sword hanging over my future. If I couldn’t take action to prevent it, why spend my life worrying and looking for signs which might mean nothing?

When the test came back, I was clear. Wooo hooo! Other than an increased risk of coeliac disease (I immediately felt a twinge in my colon), I wasn’t harbouring anything sinister that the tests could identify.

There were some hilarious, seemingly random notes relating to my senses and appearance. Some were correct, others way off the mark: My big toe is likely to be longer (it is), I’m likely to have wet earwax (WTF?), I was likely to have had little baby hair (in fact, I was as furry as a chimp).

My Wellness Report states that I’m predisposed to weigh more than average. I was a skinny teen and, up until having my children, I was always slim, but I’ve recently struggled to lose weight. Just reading that on the paper makes me want to shove a whole pie into my mouth whilst yelling, ‘It’s not my fault, it’s genetic!’ as puff pastry sprays passers-by.

What’s really annoyed me about this whole genetic testing thing is that it’s narrowed down my imagination options. It’s confirmed I’m 100%, nailed on, no room for manoeuvre, European. Not only that, I’m 79.4% British and Irish. Not even exotic European. Fully, boringly, from here.

I’m sure some people would be delighted to discover this. It might be grounding, give them a sense of belonging, but not me. I wanted my story to be from far off lands and undiscovered cultures. It’s not.

At least one fact about my ancient ancestry amused me. Apparently, I have fewer Neanderthal variants than 83% of customers. This allows me to invent a story where I am more refined than your standard person, and I’ll have to settle for that (drinks tea with little finger extended).

My advice for anyone considering doing one of these DNA tests is: Think carefully before spitting into that vial. You might find out you’re as ordinary as me.