Expressing Around the Clock 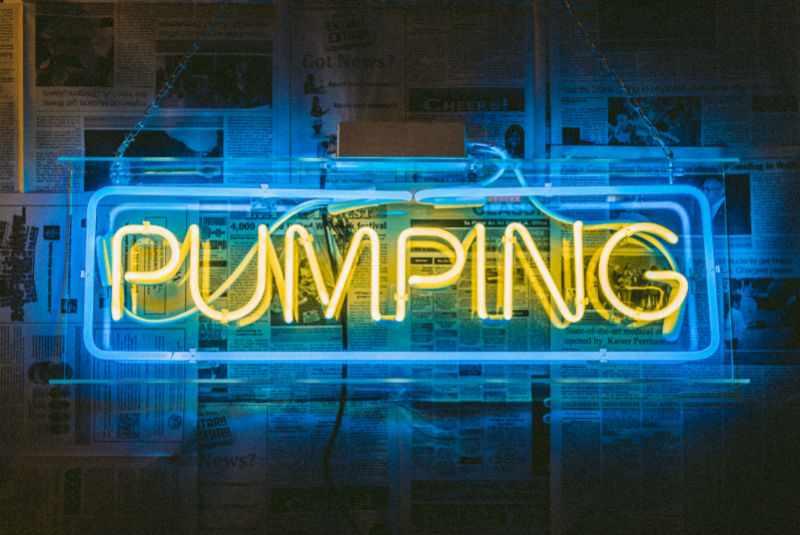 The midwife handed me a syringe and I spent the next few minutes expressing 1ml of breastmilk before proudly presenting it to be frozen, ready for when my baby could be fed. Little did I know 315 days later I would finally be pumping for the last time…

Max was in the NICU where he would remain for ten days before being transferred to a specialist children’s hospital for surgery. That meant he was two weeks old before we could try feeding him orally. In the meantime, I’d been expressing every three hours round the clock to make sure my milk supply came in, and he’d been having some milk through his NG tube in his nose as and when he was well enough.

The theory was I’d start breastfeeding at some point but when that time came I was warned he was so tiny he would probably get too tired trying to feed. I tried a couple of times to offer him a boob, sat with a curtain around us in a shared room on a ward, with nurses just saying ‘keep trying’ if I asked for some help. Knowing that feeding was the only barrier to us getting home as he was physically well enough to be discharged, at that point I was desperate not to be at the hospital anymore. While it was only three weeks in total, being away from your husband and your toddler for that long and spending every day sat next to your newborn’s incubator is wearing.

I just wanted to be at home as a family.

I asked if we could give him a bottle of my expressed milk. The nurses agreed but said he might not even be strong enough to take that – they were wrong, he guzzled it down and was soon taking the maximum the doctors would allow him to have every three hours.

So I carried on expressing. Maybe I should have tried to get him on the boob when we got home – but by then it had become routine and I was scared of any weight loss which would see us straight back in the hospital (Max was still only 5lb at this point) and I’d not been able to establish breastfeeding with my daughter Alexandra so I worried there’d be no chance second time round.

At five weeks, Max was diagnosed with FPIES which caused him to have a reaction to dairy which was similar  to the symptoms of sepsis. I cut dairy and soya from my diet, donated the stash of milk I had in my freezer to a lovely lady in need and we carried on. At around ten weeks, my supply took a huge nosedive and half of his bottles were special prescribed formula. I got a better pump, bought some dairy-free flapjacks and we carried on. Many times, I cried about how much I hated expressing yet we carried on. Max started sleeping through the night, ‘how lovely,’ people said ‘you’ll be so much less tired now’ forgetting that I was still up every three hours to express. Eventually my supply got to the point where we were giving one formula bottle at night and everything else was expressed milk.

My aim soon became getting to six months. Then I realised he was six months and one day and I’d only just reduced to seven pumps in 24 hours. So the next aim was a year. I’d managed to build up a stash in the freezer again of 47 150ml bags meaning I actually stopped when he was ten and a half months, with enough stored to give one feed of expressed breast milk a day.

In some ways, I feel expressing is the worst way to feed

I know breastfeeding can be horrendous at first but I feel it’s the easiest thing once established, no sterilising, no bottles to make up, just whip a boob out and there you go. And equally while there is some faff involved in formula feeding, at one point I was pumping for about two hours every single day, then still having to sterilise and make up bottles and still having to actually feed Max on top of that. It’s time consuming, it’s worrying when every day you produce a certain amount and then it drops and you spend days fretting your supply’s going to disappear altogether. But equally, expressing made me feel useful at a time when my boy was really poorly. When he was so fragile I couldn’t even pick him up, I could go off every three hours and make some milk and think about him being well enough to drink it.

I’m now three days post the last pump – I’m not in any way missing it although I do feel like I’ve forgotten something all the time. I feel like I’m being a bit naughty every time I eat some chocolate or cheese or anything that’s been banned for nine months while I was dairy and soya-free for Max. And our television volume has been dramatically decreased in the evenings as Netflix isn’t competing with the whirring sound of the pump anymore!