Five Things We Can Learn From Toddlers

When Parenting Styles Divide Us
Revealed: The Secret Army of Tiny George Ezra Fans Keeping Him at the Top of the Charts
Tackling Toddler Teeth 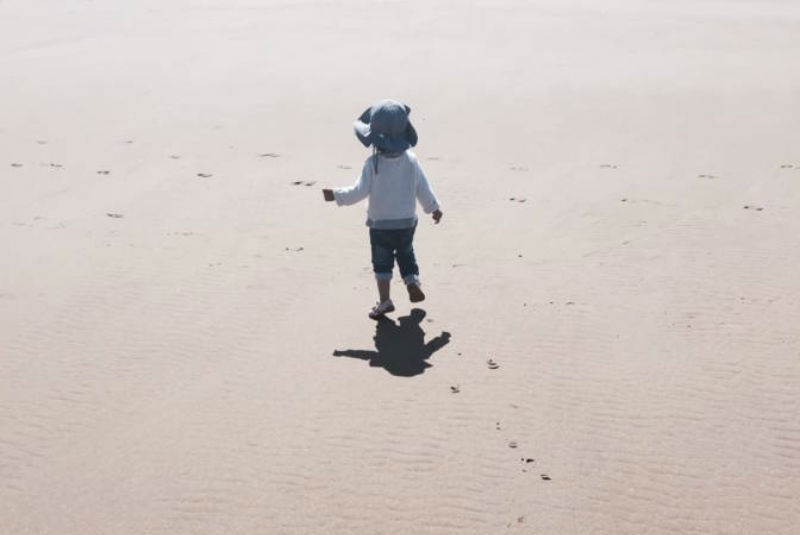 My toddler girl turns three in just a few months which means the so-called ‘terrible twos’ are nearly behind us.  In fairness I think we got off relatively lightly compared to what I read in blog-land; so far my daughter hasn’t chucked actual shit in my face or screamed blue murder in the middle of a packed supermarket (my strategy in this environment is to occupy her with snacks, including Maryland mini cookies, lazy? Probably, but effective so I’m sticking with it).

In my naivety I thought the terrible twos were supposed to be the worst part of the early years but no, now I’m reading about ‘threenagers’ WTF?!  So fun times to come then.

But setting aside the irrational tantrum throwing, zero ability to wait more than a millisecond for anything, and the REALLY annoying door slamming she does now whenever she’s in a mood, there are some pretty special little nuggets (not the brown variety) we can take from our mini-me’s during this time.

One for the women maybe?  I don’t mean petulantly shouting and chucking your toys around the living room, I mean clearly stating your need, not taking any crap, and ultimately getting what you asked for.  Jennifer Lawrence comes to mind here (bear with me).  It was revealed that Jennifer got paid less than her male co-stars on one particular film, and in her essay for Lena Dunham’s ‘Lenny Letter’ she wrote that a need “to be liked” and the fear of seeming “difficult” or “spoiled” kept her from demanding more money.  Toddlers have no such concerns, and okay, its because they haven’t developed that level of thinking yet, but quite frankly fear of what others think of me has bothered me for YEARS so I’d be more than happy to regress to toddlerhood and escape it all, and perhaps get a little more of what I want.

Ah, if only everyone were as honest as toddlers.  I don’t mean to the point of being offensive obviously, for example “Mummy this not taste nice, take it away and bring ice cream” or “Mummy why are you wearing THAT?!” Just imagine a world without lies, game playing, bullshit, and back stabbing.  You know where you stand with toddlers (even “Mummy you’re not my best friend anymore”), and that’s so refreshing.

How often do you hear a toddler lament the past or worry about the future? All that matters to them is right now, specifically which toy to play with or which wall to draw on.  In the adult world, meditation is now a billion dollar industry.  Mindfulness, a mainstream meditative practice, more recently found to have therapeutic value in counselling, is essentially about grounding yourself in the moment.  As adults we go to such lengths to achieve this state of presentness in the hope it may calm our busy minds.  I realise toddlers don’t have the level of worry and stress that we do, but even so I’d love to have their ability to just switch my focus and zone in to what it happening in the here and now.

My daughter loves music and can’t resist dancing around the living room when a particular tune takes her fancy.  I admit since I started blogging I’ve become a bit more attached to my phone, scrolling through Twitter, Instagram, reading articles, and checking Facebook in the hope I have more followers (I rarely do).  What I should be doing though is putting all this aside, enjoying my time with her, and getting off my ever increasing arse and dancing along with her (even if it is swaying to Let It (bastard) Go for the zillionth time).

Since becoming a mum my ‘playtime’, aka bar-hopping in the streets of London, has been seriously curtailed but as mums we still need to allow ourselves time away from playing shops and making Peppa Pig cupcakes (Okay, I haven’t actually done that yet, but I bought the packet so I’m almost like one of those mums who bakes).  For toddlers obviously play is what they do best and how they learn so the impact is fundamental to their well-being and development.  For me, play is just as important for us parents.  We need that time to recharge and pretend we’re kids again, with no responsibilities or pressures on us.  In short, toddler land is pretty amazing, and a place I find I want to be more and more.