Five Things You Need To Know About Nursery

To Work or Not to Work? That is the Question…
“Mummies DON’T Go To Works”
Missing my maternity leave 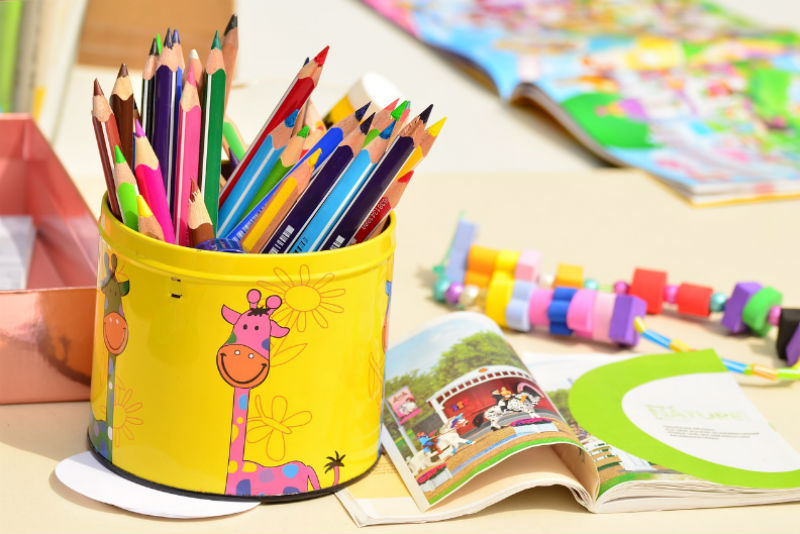 It seems impossible to believe when you first cuddle your tiny, precious bundle of joy in the maternity ward, glowing with pride and overwhelmed by a heady mixture of pure love and utter exhaustion, but at some point, you will leave your baby in the care of someone else.

It may not happen for a few months – or even years – but most of us make use of childcare at some point and, let’s be honest, we mothers are usually the ones who sort it all out. For some, the answer is a nanny, for others, a childminder. For us, it was nursery.

Whether your child is three months or three years old, the first day at nursery is a big deal. My son was 18 months when he started going one day a week, and I stressed about it endlessly: “What if he cries all day? Or refuses to eat? He never eats! I won’t be there to cuddle him, so he won’t nap! Oh God, they’ll probably expel him. Can you even be expelled from nursery? The shame!” Fast forward a year and a half and I’m welling up just thinking about the time, 11 months from now, when my son will wave goodbye to the friends and teachers he sees three days a week to head off to “big school”.

I know I’m a terrible worrier, but I’m definitely not alone in fretting about the great nursery transition – I am yet to meet another mother who hasn’t stressed about this. With that in mind, here are a few tips to help you navigate this milestone with aplomb (love that word).

We are so used to running around after our little darlings, tending to their every whim, that we lose sight of the fact that they are actually capable of being quite adaptable and accommodating, as long as their parents are not around. What is more, a little peer pressure goes a long way – and at this tender age, that can actually be a good thing! At nursery, my son – who, let me remind you, never eats – can regularly be found chowing down on shepherd’s pie, vegetable curry or (whisper it) lentil soup. Lentil bloody soup! This, from the child who won’t deign to allow a solitary petit pois within 50 feet of his fish fingers on a good night. Wonders will never cease. Then, he likes to brush his teeth and settle himself down for a nap with his friends. All because the other kids are doing it. There’s no point in being annoyed and wondering what you are doing wrong at home. Just embrace it.

Drop-off is rarely the best time of day at nursery. There are often children crying and your own little one may get upset when you leave. The best advice seems to be to get in and out as quickly as possible, because long goodbyes tend to make the whole thing worse. More often than not, the tears stop as soon as you are out of the door. I know this, because in my early paranoia, I used to hide behind the wall feeling guilty and sneak a look through the window at my toddler who was invariably laughing and playing, having forgotten how distressed he was two minutes earlier. Settling in can take time though, and the staff will help to guide you to make the transition as painless as possible.

Even the best settlers have wobbles, so expect a few bumps in the road. My older son freaked out when his little brother was born and refused to go to nursery for the best part of a month. We had tears, tantrums and vomiting, and I seriously doubted whether I was doing the right thing in taking him. But, on the advice of the nursery staff and some very wise women on The Motherload® Facebook group, I settled him back in very gently, one hour at a time, building it up gradually. I talked incessantly about how much I loved his teachers and his friends and then suddenly, one day, he ran in without looking back, forgot he was miserable and, when I went to pick him up, he announced: “I had a fun day at nursery!” I was the one who cried then – with the sheer relief of it all!

Having said all that, go with your gut. If it really isn’t working and there is no sign of improvement, you will know if it is time to call it quits. Trust your instincts, they’re always right.

3)   You will be in awe of the nursery staff

The staff at my son’s nursery have patience I can only dream of and an ability to distract that is second to none. I am constantly amazed that they can remain in control of a room full of boisterous toddlers and look happy and relaxed in the process. Meanwhile, coping with my own two offspring can turn me into a shrieking, quivering wreck on some days. They are amazing. Thank them profusely on a daily basis, shower them with presents at Christmas and the end of term and hope that some of their mojo will somehow magically rub off on you.

One of my favourite things about nursery is that they do the sort of craft projects with my son that I can only dream of being able to pull off.  Ishmael seems to have inherited my lack of enthusiasm for all things artistic but, despite that, he still brings home a healthy stash of drawings every few weeks. I have long since run out of space to display them, so I cannot imagine what it must be like for the parents of children who actually enjoy crafting. So, what to do with all these masterpieces? Well, you can’t possibly keep them all. Even Picasso’s mother must have had to let the odd painting find its way into the recycling! I keep the best ones, take photos of the rest and – ahem – throw a fair few away. Luckily for me, most of Ishmael’s pictures seem to be drawn for my mum, so they end up in the Proud Granny Gallery and everyone is a winner!

5)   Your toddler will have a better social life than you

Once you have a baby, you pretty much accept that your social life is over – in its previous incarnation at least. Fear not, for once your little darling starts nursery, you will develop a totally new one – to be lived vicariously through them. Sometimes, when Ishmael and I walk down the road together, he stops to say hello to another toddler and I have no idea who he is talking to. He officially has a much better social life than I do. Last month, he took me to a different party every weekend. Granted, they were third birthday parties, but they were actually a lot of fun – mainly because I got to watch him having the time of his life, surrounded by good friends, while I ate Pom Bears and talked to his classmates’ parents about the things that stress us all out. It has been very refreshing indeed. Maybe I’m not so different after all.