Get Your Glitter Off My Stegosaurus! 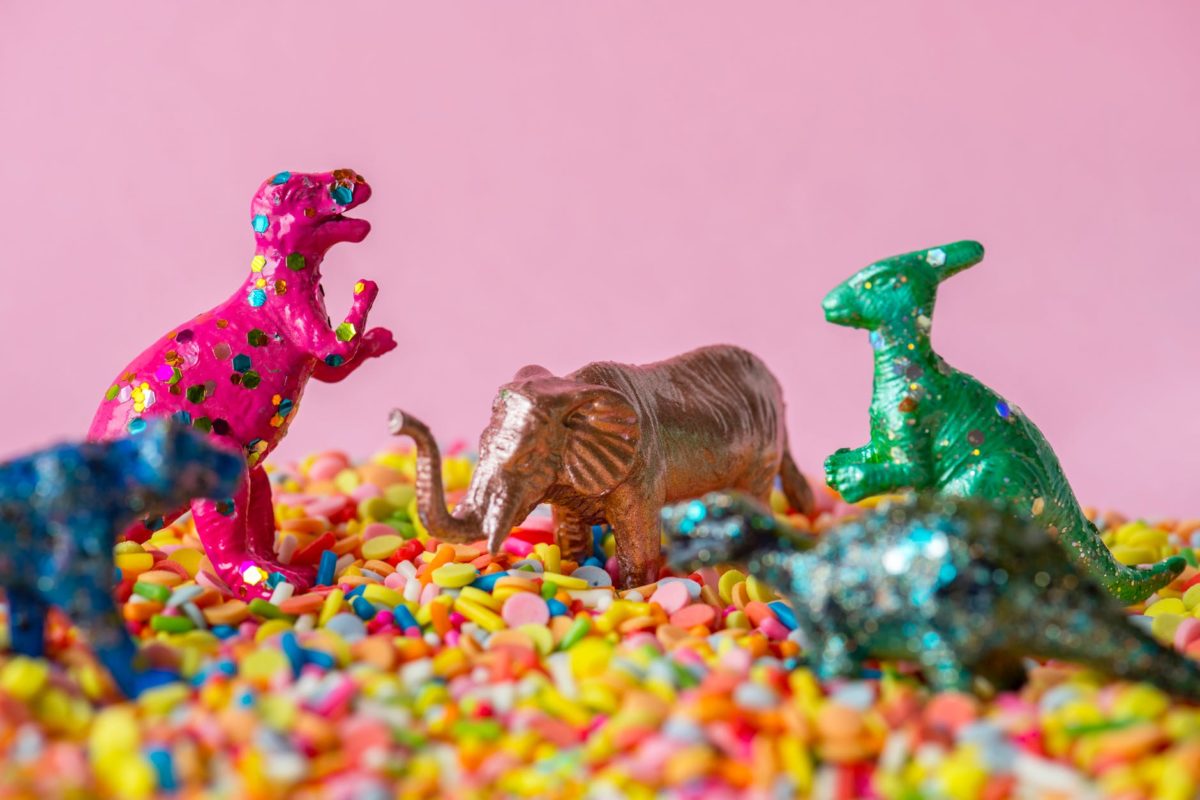 Who can remember that episode of the Fast Show with the “WOMEN! KNOW YOUR LIMITS!” sketch, where the darling wifelet batted her eyelashes fetchingly and said ‘well I don’t know anything about the Gold Standard, but oh I do love little kittens!’ ?

Okay so I know that there’s no way of actually proving what colour dinosaurs were; but the general consensus is that they were most likely to be green, brown, etc – useful colours for hiding from predators/sneaking up on prey. Not pink. Not glittery. Not with a UNICORN HORN ADDED. Yep, palaeontology fans; in an attempt to dumb down dinosaurs to the level of ‘girl’, Sainsbury’s have introduced a ‘Dino-corn’ top, pink and white striped, with a glittery blue horn-brandishing Stegosaurus with pink sparkly spines, bearing the slogan ‘Be Yourself – or Be A Dino-corn’

Who in the marketing dept thought this was a good idea?!

“Yeah so unicorns are SO 2018, but dinosaurs are kind of in, but they’re, you know, just not very girly…LET’S THROW GLITTER AT THEM!”

Take their effing unicorn horns and give them back to the unicorns. (Unicorns are equally awesome and do not need diluting with dinosaurs, cats, llamas or any other creature, thank you very much).

My 2 year old LOVES her dinosaurs. She loves them BECAUSE they roar and stomp and chase. Because they’re wild and rough and awesome. She dresses up as Andy from Andy’s Prehistoric Adventures and runs around the house. She thinks every bird she sees is a pterodactyl. She knows the difference between a T-Rex and a Diplodocus and can pronounce all their names. She is not missing a single smidgen of glitter from her dinosaur fun, nor does she wish to create a monstrous GM hybrid of Dinosaur vs Unicorn.

Manufacturers – marketers – get it right. Stop dumbing down our daughters. Realise that they love dinosaurs because they are ALREADY COOL. For EVERYONE. Stop making them pink.

And Asda – you got the yellow and green ROARSOME dinosaur top spot on – she almost cried with joy when I gave it to her and cried with sadness when I just got her to take it off for bed – but c’mon, why was it listed in the ‘boys’ section?

Just let our kids have their dinosaurs. And don’t turn them pink. Jojo Maman Bebe, I’m looking at you.