Gifts to Make Parents Groan (But the Kids Love Them) 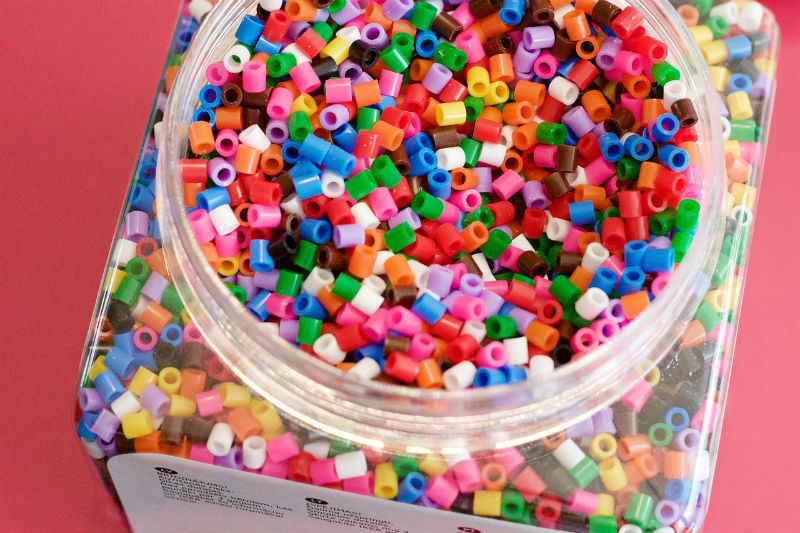 I proudly present my top ten gifts guaranteed to make you groan. The list isn’t extensive  – I’m sure you have a few horror stories to add… 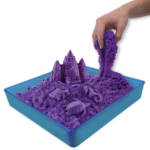 Kids love it, parents don’t. Moonsand will clog up your hoover, get into the cracks in your floorboards and just generally go everywhere. My kids had a “building” set which had enough sand to build precisely six bricks. That isn’t even a wall. The rest of it was on the floor, where it still remains, probably, wedged into the cracks in the floorboards.

2. Electric guitars or loud bleepy toys of any description

These are more expensive than some toys but don’t be fooled by the price tag. The people who buy you these gifts do not like you. They want you to be tortured at 6am by repetitive screeching sounds more aggravating than those emitted by your offspring. Take the batteries out. Oh dear, it’s broken…

Get yourself a bleepy guitar

Annoying bits of plastic which are used to make pointless mats  – which you must then iron, for God’s sake, to stop them falling apart and going everywhere. Kids love them, for about five seconds. More fun is to be had playing with the cardboard box they come in.

Imagine that nasty Chucky doll from the horror movie  – well, meet Furby! This furry monstrosity will wake up early with your little darlings but he won’t go to bed, ever. Don’t keep him in their room, for he will shriek and squeak at their slightest movement. I kept mine in the dining room until the little swine caught me raiding the fridge one night and nearly woke the neighbourhood. If – like my kids – yours lose interest and forget to “feed” Furby, he will turn mean, making angry gurgling noises. And there is no off switch. Short of pulling his insides out with a flathead screwdriver, I waited until Easter and took him to the charity shop. The woman serving me nearly wept with gratitude. I walked off laughing.

Their shoes don’t fit, you can’t get them to “grip” the gun and don’t even try to get them into their scuba outfit. Your little one will be sorely disappointed and you will have a nervous breakdown.

Get your hands on a fiddly action figure

It’s a castle! It is massive! You have to build it on their birthday or on Christmas Day ( with a hangover, be honest) and there are LOADS of fiddly bits. The money gets lost, the swords drop down the back of the sofa. I survived, just, but would rather kill the Christmas turkey with my bare hands than face this again.

Buy your castle to build on Christmas Day!

Yayy! Marbles! Let’s hope the kids don’t swallow one or stick one up their nose. But that is just a silly worry, because they are big enough to play with… No! Stop! Spit that out! Anyway, back to building the run. Bloody nightmare. Just don’t go there.

Go get your marble run

Did you ever find a plastic turd funny? No? Me neither and that was in 1980. Well, guess what? The old jokes are still the best…

Good old fashioned dressing up, they love it so. Yes, they love it so much they want to wear it all day, every day, never take it off, never put it in the wash and never go outside with their coat on, even in mid-winter. Great. Two weeks off school with the flu.

Turn your little ones into Ninja Turtles, Princesses and Nemo!

Oh, Nerf guns are so much fun. I have a complete arsenal in my house, rocket launcher, machine gun, pistols, bazookas… and the kids never tire of them. The bullets hurt, especially when the kids shoot each other in the face ( they will, trust me) and the bullets get EVERYWHERE. The other rule of Nerf is that children must shoot with gay abandon, parents must pick up the little fiddly bullets. For the rest of their lives.

Get your Nerf rocket launcher

Like this? Share it and spread the MOLO love! You can read more brilliant blogs by Beezy, and for the latest from The Motherload® head to our homepage