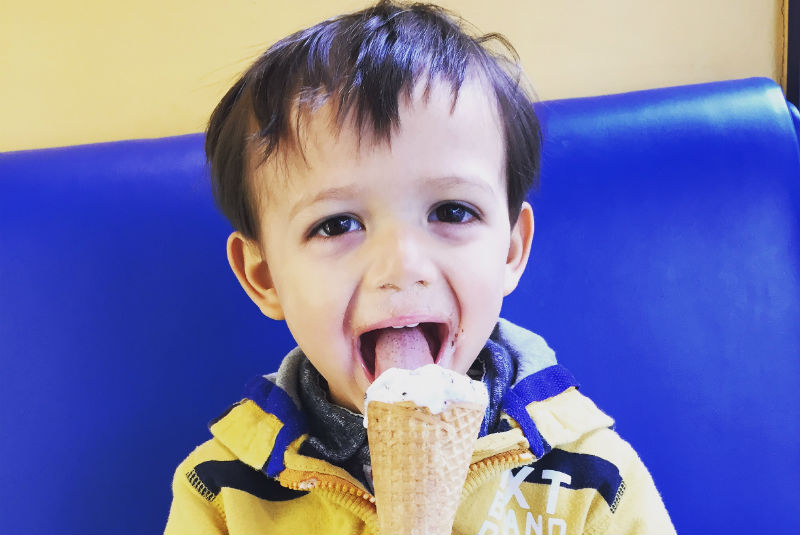 Before we even start, let me make one thing clear: I am no sun worshipper. In fact, the opposite is true. Despite a childhood spent living in hot countries, my fair skin and a latent ginger gene mean I’m actually terrible in hot weather.

What is more, as the proud mother of not one, but two, August babies, I have experienced the hotter-than-hell feeling of being heavily pregnant in a heatwave twice over. Then there’s the fact that I now have two children under three and at least half a stone of baby weight to shift, so I’m not exactly in possession of a so-called “beach-ready body”.

Nevertheless, after a long winter spent looking out of the window at the pouring rain, wondering how to keep two small boys occupied without the constant aid of Mr Tumble or Peppa Pig, I was absolutely thrilled when the first truly sunny day of the year finally dawned.

I immediately bundled the kids into the double buggy and set off for the park with a spring in my step. Somehow, I thought, this parenting lark just seems a bit easier when the sun is shining. Don’t believe me? Here’s why:

1) Picnics in the park

My older son has pretty much no interest in food. Mealtimes with him have always been a battle and getting him to eat anything at all can be a struggle. I have, however, discovered a chink in his anti-food armour: he’s a sucker for a picnic.

Take him to the park, lay down a blanket and whip out a sandwich and a few carrot sticks and he eats like he has never been fed before. As a result, I have abandoned my previously held view that dining al fresco should only be done on a sun-drenched terrace in The Med, and I am now often to be found eating my lunch on the grass in a park in South London, flanked by two small boys – dodging pigeons.

I spend a lot of time stressing that we should have a healthier diet. I try to make sure we eat fresh, home-cooked food every night, but I must admit that I am rather partial to the demon sugar. In fact, I’ve polished off a plate of chocolate digestives while writing this very article. My husband is similarly afflicted – ironic, given that he is a dentist – and what is more, we seem to have passed our love of the sweet stuff on to our children.

It is quite a relief, therefore, to be able to use the sunny weather as an excuse to treat us all to a little something from the ice cream van. For a few sunny weeks, instead of trying to palm my toddler off with a rice cake, followed by an hour-long UN-style negotiation which ends in us sharing a tear-stained almond croissant, we just cut the pretence and skip straight to the 99 with raspberry sauce. No sharing.

3) Less stuff to carry around

I have never really been one to travel light, but the sheer amount of crap I have to take along on a day out with a toddler and a baby is mind-blowing. I am yet to meet anyone in my situation who is not constantly weighed down with bags, spare coats and various weather-related contingency items.

This one definitely isn’t a given, it is more wishful thinking. In fact, full disclosure: as I write this, I have spent the rather sunny weekend nursing my toddler who has a raging ear infection. Nothing can stop the tidal wave of lurgies that likes to engulf all of our children from time to time, but it stands to reason that less cold weather = fewer coughs and sneezes, right? Right? Please tell me it does.

5) We all feel more relaxed

It is a truth universally acknowledged that we Brits go absolutely crazy at the very suggestion of hot weather. The flip-flops and shorts are on and the barbecue is lit before you can say: “I hear the temperature might get into the early-to-mid 20s this week”. Before you know it, the nation will be getting swept up in the excitement of Wimbledon, Euro 2016, and The Olympics.

Somehow, everything feels a bit more fluid and a bit less stressful as the days get warmer. When I look back at the summers I had as a child, I remember them being relaxed and fun. Endless days spent running around having fun and making memories before collapsing into bed while it was still light and sleeping really well. Let’s hope the same is true for my children. Especially the sleeping well part!