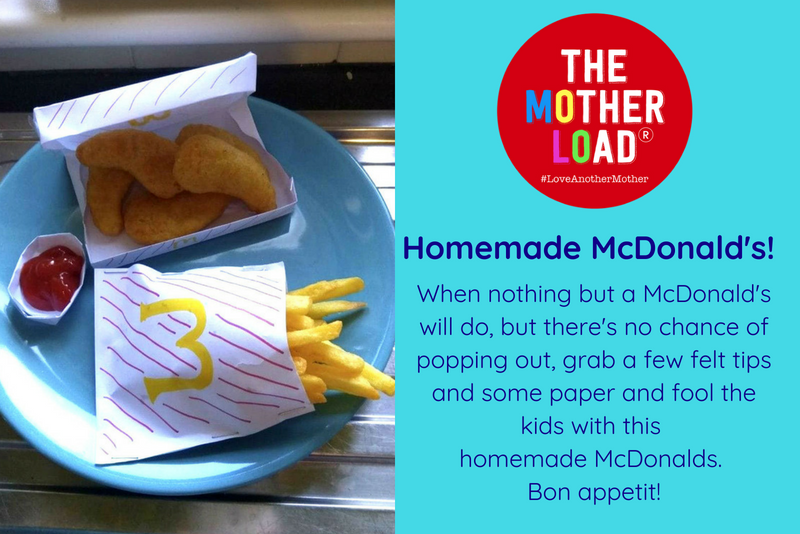 We absolutely LOVED this ingenious idea posted in The Motherload®®’s fantastic Facebook group . We’ve all been there, the kids really want a McDonald’s, mum really doesn’t want to trek out, so ta-daaaaa – introducing the homemade Maccy-D’s! 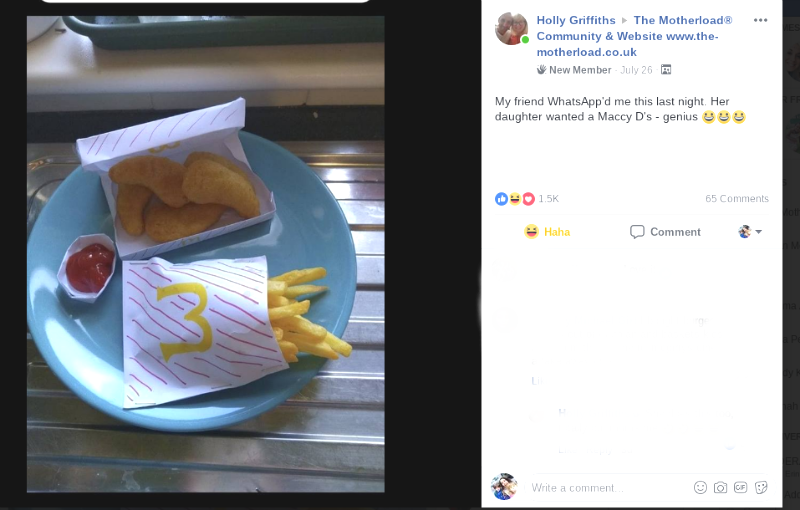 The post got an amazing response with over 1.5k reactions and comments.

Sarah posted: I keep the sauces, as long as the sauce is there my 3 year old will believe anything is from Maccy’s – even things they don’t sell!

We had a chat to Holly’s friend Jen, who’s a mum of two from Gloucester, about how she came up with the idea. She told us “The meal was for my youngest daughter Leilani (8). It was the last day of the school term and she was full of mixed emotions. She struggles with change and moving up to year 4 is a big deal for her. Her big sister Erin (11) had just finished junior school forever so the year 6s were out at Jumptastic. Leilani was then overwhelmed by change and very jealous of her sister out having fun! All in all she was in an emotional grumpy mood where only a Maccy D’s will do! She didn’t want nuggets and fries, she wanted Maccy D’s. She was in such a mood. So I left her watching YouTube.. and decided to make her one. It could go either way; make her laugh or make her worse!” Jen added  “I had to make it very sneakily as it would have ruined it if she had seen!”

So what did she think? Satisfied customer, or still in a grump?

Jen said: “She looked at it and smiled, laughed, tried to regain the frown…told me I’m funny and ate it. She said it even tastes like McDonald’s!” 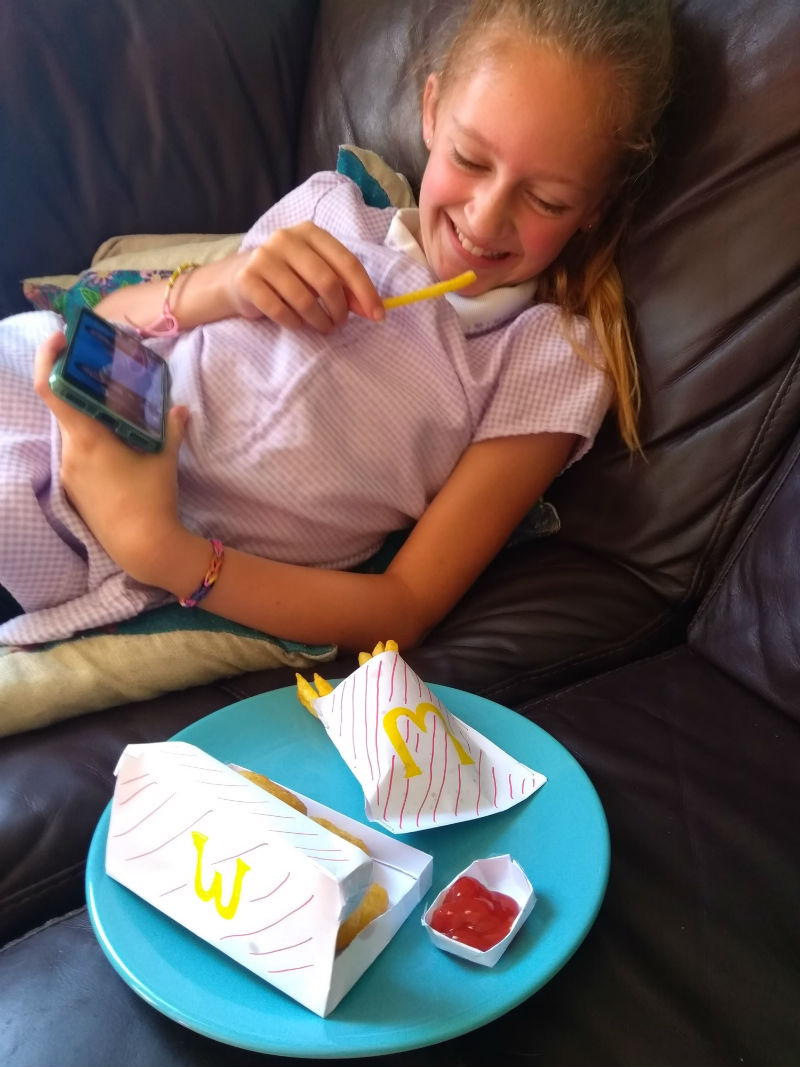 Well we think you are totally rocking it Jen!

Have you joined The Motherload®® Facebook group yet? Come on over, you’ll love it!