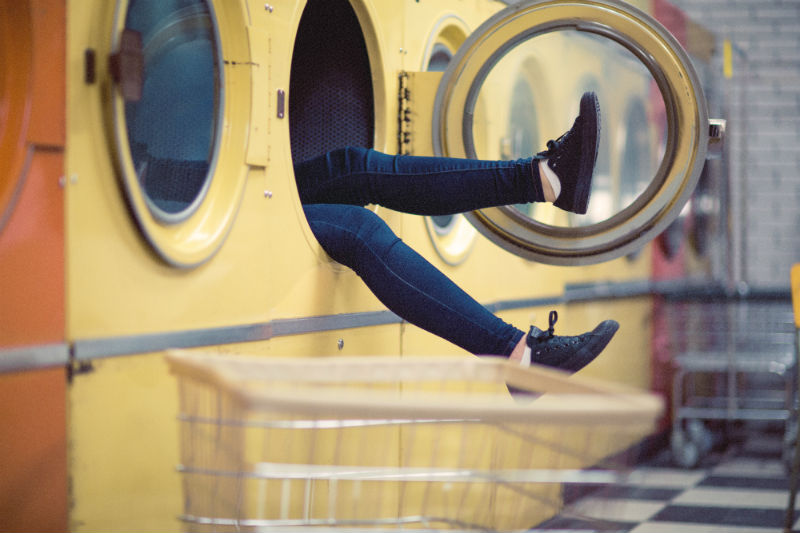 I got home the other day from a long day at work (husband has been off work for a few weeks) and found him and my youngest on the sofa. “Hi babe what have you been up to today?” I said. “Just vegging out!” was his reply.

I put some laundry on and got the dinner on, fuming inwardly. Now, he’s not a typical ‘bloke’, he does his fair share of the school runs and childcare (as a shift worker he works random hours and days so we both work around each other) but recently, his willingness to unquestioningly accept the fact that if he doesn’t do it, I will, has been pissing me right off.

We both work. We both share childcare. We are married, have a joint bank account, both live in this house, both eat the food. But who does the shopping list, the meal planning, the homework, the bulk of the laundry, the financial management, gets the school and nursery bags sorted, keeps on top of the budget and bills, makes sure every aspect of running the house is up to date, up to speed, functioning? Yeah, me.

Why is this? He’s a fully functioning adult, he’s lived on his own previously so I know (and he knows) that he’s perfectly capable of looking after his own life. He claims to be a feminist. But he still readily acquiesces to MY household dominance. Dominance I have absolutely no desire to hold. My brain is over-spilling with keeping all the tasks listed and making sure I don’t miss anything. Singing club. After school club. Making a hot tea for nursery. Ensuring there’s enough spare clothes for nursery. Checking the monthly budget to work out where we can save/borrow for Christmas. Christmas! School nativity. Church service. Pay after school club bill. Buy new polo shirts. It doesn’t end – yet we, the mothers, are seemingly the only ones in the household who are concerned by these things.

The onus for this unequal positioning falls on society and our assumptions, our expectations. A ‘good wife’ keeps a clean house and cooks. A ‘good husband’ takes out the bins and brings back the bacon. But it’s not like that anymore. We are both in or out of the house on about an evenly split 50/50 basis. So in my mind, the work associated with the house needs to be more evenly split on a 50/50 basis. I don’t want to be a nag; however he’s not psychic. He’s simply not AWARE of my mental load, because I carry it alone. That is, alone until I reach the point of overwhelm, and send him a stroppy WhatsApp message from upstairs, telling him I’m not happy with the way things are, that I need more cooperation, that I’m not his mother. (Yes, I know, communicating irritation is not my strong point).

He came upstairs and let me rant. I went over the endless lists of things I do to maintain the household, daily, weekly, monthly. “Wow”, he says, “I didn’t think”. No – and why would he? I’ve not told him. I’ve not shared the burden. I’ve done it myself because subconsciously, it’s what’s ‘expected’ by society, that you work as though you’re child-free and rear children as though you’re jobless. But how many of us manage that? We don’t. Yet largely, men still do. There are few men on the playground at pickup time. Few men marking ‘loo roll’ on the shopping lists. Few men scrabbling to find childcare when the kids are sick, because we’ll do it, won’t we. We get paid less, after all, it just makes more sense. But it doesn’t. Not now, not for decades. So why are we enabling this inequality?

After my rant, my husband agreed that the load is greater than he’d realised, and suggested a list system. That way, he says, he’ll be able to see exactly what needs doing every day, and get it done. I won’t need to nag, and it’ll also be good for me to get the lists out of my head and onto paper. We downloaded an app called Hub, both joined the account, and set up our lists. It’s working. Whoever is home-based on a particular day, does the bulk of the home based work. He’s treating it like a game; once he’s done then he has time to ‘veg’. It’s working for me, too – because once I get home from work there are fewer jobs for me to do, and I’m more relaxed and feel less irritation. We are both taking an equal part in life and work. It’s about 2 weeks into the list system now and we are keeping on top of it, getting on better, having more of a laugh (and more sex). The house is cleaner and more organised, and there’s less pre-school run panic.

It’s the 21st century, folks. Let’s stop enabling the status quo. Stop feeling like we have to fight for household equality. Communicate, then collaborate. We’re all in this together. Unburden yourself.