Why I Let My Child ‘Cry it Out’ 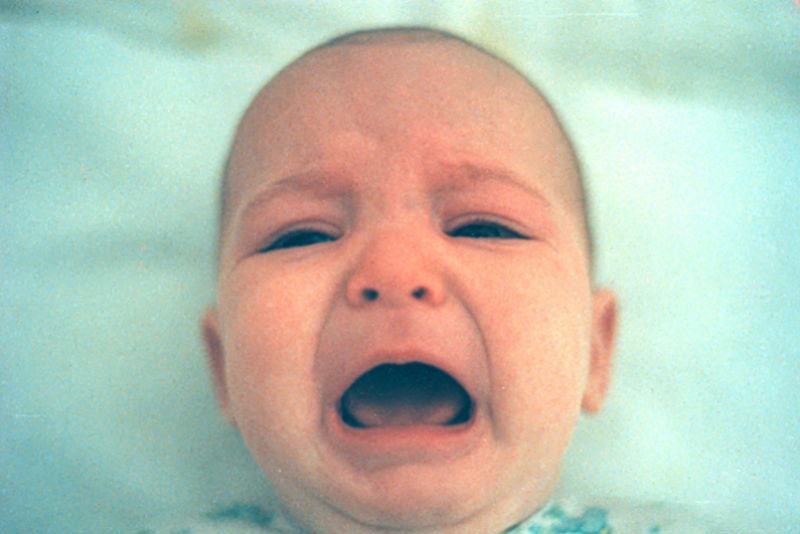 Around the same time I had my mental health crisis, my son became difficult at night. He had always been brilliant at dropping off to sleep shortly after a feed, with the help of a white noise machine. I knew 4-6 months was a massive developmental milestone, and most babies can be fussy, and cry at night during this time. I knew I should just power through it. I knew I had done exactly this with my daughter. However, I wasn’t quite the same parent I once was.

His cries coursed through my body with an intensity I had never experienced before. My whole body would seize up, my fists would clench without me even realising. If he would not settle on the breast, I would wake up my husband, sometimes nearly throwing my son at him and storm out of the room. Or just hide under the covers in the hopes that my son not being able to see me would settle him. I was sure it was my fault he would not sleep. It was because he didn’t like me. It was because he knew I didn’t like him.

Sometimes he would fall asleep on my husband. I hated this. Why could he sleep on his daddy but not me? Other times, my son would cry himself to sleep with my husband patting his back. I would just wait downstairs for it all to be over. Eventually, it got too much for us all, and my son was starting to wake up my daughter.

It became too much. No matter what I did, he would not go to sleep. I wanted to throw him against the wall. I wanted to give him away. I just didn’t want him here anymore. I was worried for his safety.

In my frustration, I took my son in his Moses basket and placed it in the spare room, with his white noise machine on as loud as it could go. Then I shut the door and went back to bed. With all of the doors shut, I could still hear him. I buried my head in my pillow and eventually fell asleep. We all woke in the morning, my son had slept through. I felt awful.

I immediately discussed what had happened with my Health Visitor and psychologist. Both didn’t really seem to be bothered. I explained about all of the research, showing how my son would probably grow up to be a murderer or be an anxious child or have mental health problems when he’s older. They explained the age old ‘many did it ages ago and we’re all fine.’ Hmm…this is true. But maybe not. They all didn’t use car seats, that doesn’t make it okay to not use them now. And I continued this battle with myself. I knew what I was doing was wrong, according to my own values, and yet I still did it.

Within weeks, my son was sleeping through the night, on his own, with little crying. He still cried, but not the screams they once were. We had moved his crib into the living room, as the spare room was a bit too cold. He would go to bed with his white noise machine on, lie on his front and toss his head from side to side for a few minutes before settling down to sleep for the night. He would sometimes stir in the night, but we just left him to it. He continued to be his happy self, with many compliments on what a cheerful boy he is. He continued to be a laid-back baby, nothing seemed to bother him.

Of course, I continued to worry. What if he became damaged? That by not going to him when he cried, he would think no one would ever come to him. My therapist reassured me.

If he hurts himself, does he cry? Yes

If he hurts himself, does he come looking for you? Yes

Then he’s not damaged.

However, I am starting to come to terms with my decision.

My son is content, he is cared for. He has clothes on his back and food in his belly.

He is finally connecting with his Mummy, after nearly a year on this planet. We are finally getting somewhere.

And maybe it is the wrong decision. But right now it is the only decision for me and my family.

And I am okay with that.

Like this? Please do share it. For more brilliant blogs about motherhood, visit our parenting section and for the latest from The Motherload®, pop over to our homepage.

Mum of two from Devon, struggling through postnatal depression and parenting in general. Sometimes light-hearted, sometimes funny, and sometimes the shit gets a bit intense.  Opening up about my battles for whoever wants to listen.
You can follow me on my blog, or Facebook, find me on Twitter or look me up on Instagram