Why I Will Teach My Son to Swear Properly 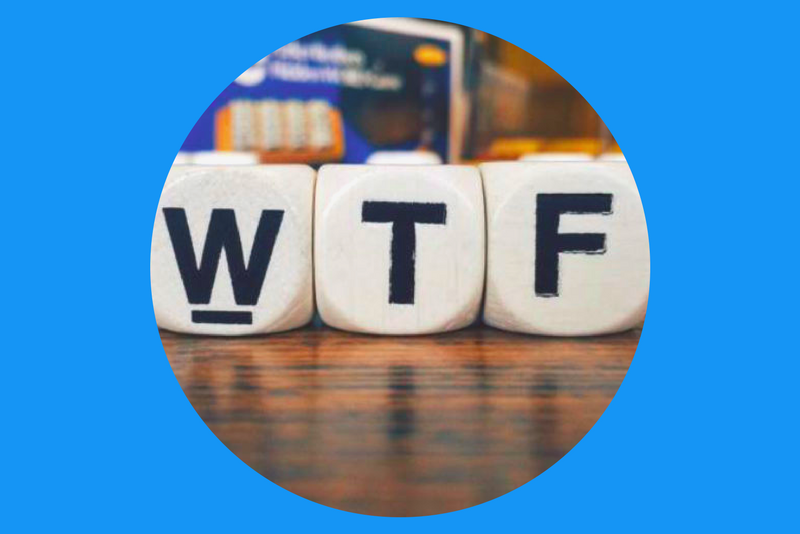 Why I will teach my son to swear properly.

No, you didn’t read that wrong. Hear me out, and, then, if you don’t agree by the end of my piece, do feel free to tell me to ‘offety fuck’ – or something more classy, if you prefer.

My son first started saying ‘fuck’ just shy of his second birthday. For a child whose speech is sometimes mumbled and indistinct, the clarity and volume of said ‘fucks’ – not to mention the precision of context (i.e. dropping something) – was a marvel. However, we were mortified – obviously. Nobody (I shouldn’t think) wants their toddler dropping f-bombs.

It was entirely our fault. My husband and I are both possessed of potty mouths. Indeed, our love of a well-placed profanity is something that binds us, BUT we did not relish informing nursery of our little one’s new-found language skills. “He didn’t pick it up here” they said. “I know” I said “he picked it up from me” – (yes, I fell on my sword). They chuckled a bit as they recounted how some of theirs had mispronounced words over the years (clock = cock; crunch = cunt; stick = dick etc etc) –except my son was not mispronouncing it, he was executing a perfectly placed expletive to express frustration. My husband and I began saying ‘fudge’ (ugh) instead and generally ignoring the little one when he was reciting ‘fuck’ on loop, looking for a reaction. By and by he stopped.

So, no, I do not want my two year old swearing like a sailor. Nor do I want him to swear at me when he is thirteen – or maybe ever. BUT I do want him to learn how to swear properly. There comes an age when we first test the waters of our swearing prowess. Like anything taboo and ‘for grown ups’, we are drawn to it like moths to a flame.  I first heard ‘fuck’ when I was seven but was not brave enough to try it out myself until I was about fourteen. I distinctly remember calling my brother a twat when I was about twelve, but I had no idea what it meant. Only with years of dedicated practice and refining have I got to the stage where I am a competent swearer. Swearing can be delicious and used in many ways: to relieve pain (come on- when you stub your toe, you don’t say ‘fudge’ – DO YOU?!); to relieve anger; to bond (that first profanity mischeviously slipping out amongst your new mum mates may well sort the wheat from the chaff); to destroy your enemy with one fatal blow; to be naughty (God knows most of our vices have gone by now). A perfectly placed f-bomb, c-bomb or Malcolm-Tucker-Take-Down can render a conversation or argument unforgettable. Even hearing my Mother say ‘shit’ for the first time is enshrined so very clearly in my memory.

One of the funniest lines I have ever heard in a sitcom was David Haig’s innocent ‘Your cock up – My arse’ in a Thin Blue Line, pre-watershed but perhaps the best ‘unintended’ double entendre I’ve ever heard; my teenage self was in bits. As the daughter of an actual sailor, and with two older brothers, you could say I was pre-disposed to be a bit sweary. I love language and both Shakespeare and Chaucer peppered their literature with swearing, although we may not recognise it as such today.  I’m not ashamed of the fact that I am a fan of the profane – when deployed correctly.

And so to our son. I know, like most kids, he will swear, at least to try it out. I don’t mind if he does but I want to teach him to swear properly, to swear with command over his vocabulary, with authority. I don’t want him to swear willy-nilly like I hear so many ‘youth’ doing these days  – with a scatter gun approach to the f-bomb, as if it were an everyday adjective. You need a sniper’s aim and intent to deliver a proper cuss.

I want him to know his audience; you should not swear around those who find it offensive (Grandma/Grandad for instance) or loudly in public, as it is inconsiderate…exceptions being a creative bit of vitriol in extreme situations (i.e. someone running over your foot). I want him to ‘earn his stripes’ with swearing; certain words should only be used once you have the life experience and battle scars to warrant using it properly. The c-bomb falls under this category. Teenagers should not say ‘cunt’. As the nadir of swear words this should only be used in the most untenable circumstances, and should make you feel like a valve has been released as you let it hiss out of you. I say it maybe three times a year, and my husband knows that I have reached the absolute end of my tether and have had to bypass, or reel off, every other blasphemous, scatological or sexual profanity first. That, or I just fancy quoting from Withnail and I.

The main reason I want to teach my son to swear properly is because I don’t want to be a huge hypocrite, but I also want to really know him. Despite both my husband being fond of salty language, neither of our sets of parents are aware of this. We (almost) never swear in front of them. I want to share as much of life with my son as possible, and if this means he comes in and tells me his Physics teacher is a clod-hopping uber-fuckwit  or that he told a bully to cock off, then I’m all for it.

But there will be rules:

1. No swearing until High School. Find other creative words to express yourself (‘chuffing’ for instance, is rather jolly).

2. Don’t swear at your Mother. You can swear with her when you’re old enough (about 15)

6. Swear like a Brit – (according to Buzz Feed, although we may be bad at most things…no one swears better than we Brits)

7. Only swear if: it’s funny; it releases tension; it will add to your point.

And there you have it. You may think ‘what kind of fuckery is this’? But I know my son will swear anyway and I’d rather he did it with aplomb. Of course, this could backfire and I could end up with an absolute gobshite calling me all the names under the sun and telling Grandad he’s a bellend. But I’ll take that risk.

Like this? Share it, and spread the MOLO love! You can read LC’s amazing blog Your Vagina is Not a Priority and for the latest from The Motherload®, head to our homepage.

LC Nicholl lives on the East Kent coast with her husband and young son. Currently working as a freelance consultant for a number of charities, LC has had a colourful and varied life which includes treading the boards, travelling  and working abroad, being a ski/beach bum and then, latterly, creating a successful career in the not-for-profit sector. She is passionate about feminism and women’s rights (in particular around pregnancy and birth), worker’s rights, environmental issues and the theatre. She is a lover of chocolate, dodgy dance moves and the Blaze of Glory soundtrack. Words that have been used to describe LC include ‘free-spirit’ ‘passionate’ and ‘feisty’.

LC Nicholl lives on the East Kent coast with a rambunctious son and a long-suffering husband. Surviving on minimal sleep and too many chocolate digestives, she strives for change in society through freelance charity work and campaigning. She also likes to live up to the name bestowed on her by her grumpy English teacher at school- and thus 'Mouth Almighty' shares her views on life, motherhood and feminism via The Motherload.