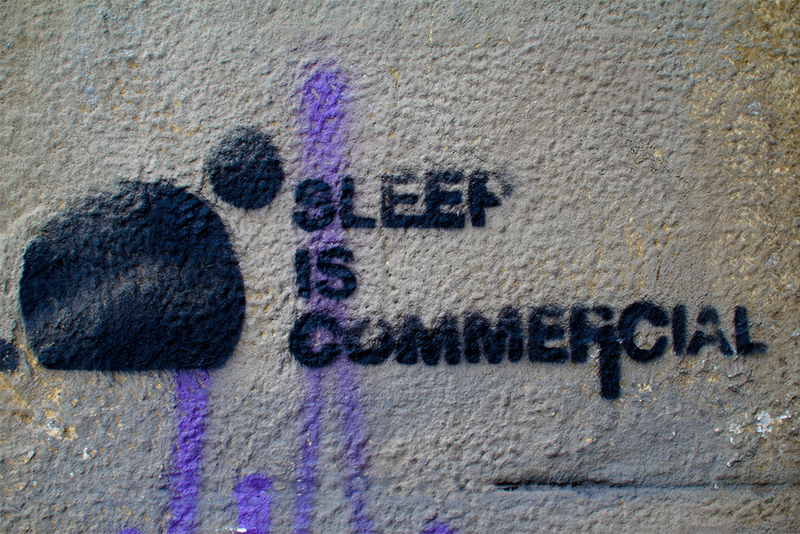 When I was pregnant, I knew that once baby arrived there was likely to be a lot of sleepless nights. I had mentally prepared myself for that fact, or so I thought. People tell you to get plenty of sleep while you can, especially as you get towards the end of pregnancy. The thing is, nothing can really prepare you for how that sleep deprivation actually feels.

I’ve always been a ‘bed person’, or at least I used to be, now I’m more a reformed ‘bed person’, and not by choice. I’ve always loved my bed, and hated getting up in the morning. Lie-ins for me used to mean getting up sometimes as late as 12pm on a weekend. You’re laughing aren’t you? Yes, times have definitely changed. A lie-in now is 8am at the latest, and getting up in the morning is now relatively easy, having already had to vacate my bed numerous times throughout the night.

That’s right folks, I am the proud owner of a complete and utter sleep dodger, currently 11 months old.

That’s 11 whole months of non-stop broken sleep. For some parents, broken sleep means getting up once, maybe twice a night to their little angel, having had a good few hours’ continuous sleep beforehand. It’s still not ideal, but let me tell you, I’d kill for three straight hours!

My darling boy, has never been a good sleeper. The thing is, he fell asleep on the boob from the day he was born. He lost 11% of his birth weight, and I struggled to get him back up, just because he was dozing off every feed. That pattern continued, partly because I let it if I’m honest. After all, here was a fool-proof way to get him to sleep without any drama, so why would I upset the apple cart? Only, now I kind of wish I had.

You see, I still feed the boy to sleep, every time! I’m very conscious that this situation can’t go on for much longer. He’s on 3 meals a day and still having milk feeds on top of that, so I’m pretty damn sure he’s not hungry. I wouldn’t mind so much if there was any kind of consistency in his night-waking, but it can vary from night to night.

At the moment, he is waking up usually every sleep cycle, so that can be 40-70 minutes. That’s all night long from when he goes down at 7pm. I say 7pm, but since the clocks went forward, it’s more like 8-9pm. I have recently taken to sleeping in our spare room with him in bed with me, just so we can both get some decent kip. He sleeps a lot better with me next to him, and I just don’t have the energy or patience to keep trying to put him in his cot if I know I’ll be up again in an hour.

For me, the process of becoming steadily more and more knackered has almost gone unnoticed. It creeps up on you, and you don’t realise at first that its happening. In the beginning, maybe I was full of the joys of my amazing new little human, and so the sleep deprivation didn’t matter, I had energy reserves to help me power through.

As the months go by though, I have started to notice the recurring signs of overwhelming tiredness. I don’t often ‘feel’ tired during the day, that is I don’t often think to myself ‘oh I’m so tired’. I don’t go around yawning all day long either, I get my yawning out of the way in the first two hours after I get up, then I’m generally good until at least 8pm. The most noticeable thing for me, is not so much tiredness itself, but the effect it has on my mood and general demeanour. I lose my shit at the drop of a hat, like literally the drop of a hat. I curse so much that you’d be forgiven for thinking I might have Tourette’s. It wouldn’t surprise me in the slightest, if my child’s first word is my expletive of choice ‘fuckshit’.

I’ve never been overly patient, but on just 4/5 hours sleep a night, I run completely on empty. This is what I hate the most! I love my boy fiercely, but I find myself snapping at him and getting cross, even though I know he’s only little, and he couldn’t possibly understand.

It’s a cliché I know, but I do try to remind myself that my precious little man will one day no longer need me like he does now, and I’ll miss the cuddles. So I try to remember to enjoy those many moments, in the dark in the middle of the night, when it’s just me and him.

However very soon he’s going to be at nursery and I am going to be back at work, and I just don’t know how we’re going to cope if he doesn’t let me sleep. I’ll let you know how that one works out!

Just a girl, raising a boy, the only way I know how… on a full stomach, with a full heart, a full glass, and very little sleep.