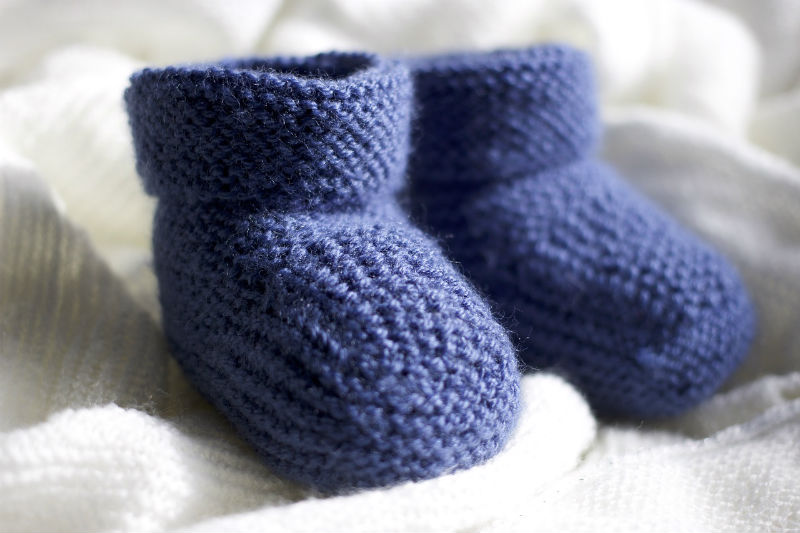 These are just tiny snippets of the constant questions that I, and plenty of other mums, I’m sure, are bombarded with by well-meaning strangers, playgroup leaders, health officials and pretty much anyone else the average parent comes across on a regular basis.

Until recently, each one was like a little paper cut, slicing into my sadness over my imaginary second baby.

One of the main reasons my partner and I split was because I wanted the assurance that one day, there would be the chance of another child. I wasn’t desperate for one at the time but I definitely saw another one in our future. He, however, categorically did not. We reasoned and argued and cried and in the end, I realised I couldn’t spend my life with someone who wasn’t willing to be open to the idea of another baby. So he left, taking with him any chance I had of a little brother or sister for our daughter.

The days, weeks and months spent grieving over our break-up were also spent mourning this would-be baby. My daughter Ciara was three and it felt like the sibling gap was swiftly narrowing to a tiny pinprick where she would lose the chance to have a play mate and a close bond with another little one; someone to go to school with, argue with, share bath times with. I had grown up with two younger sisters with only three years between all three of us (how my mum got through that will forever be a mystery to me). It saddened me beyond comprehension that my baby would grow up, not only without a wonderful dad around like I had, but also without any brothers or sisters to love and despise in equal measure depending on who took too long in the bathroom or who broke the hair straighteners.

Our family of two felt very small and incomplete.

Seeing parents with one toddling around and one in a sling, or a mum with a buggy and a bump filled me with an awful burning rage of helpless injustice. Why them? How come they managed to keep it all together and have a happy life filled with children and I couldn’t? Platitudes were offered:

Two is such a handful, you don’t remember how bad the newborn stage is until you have to go through it all again’

‘Be grateful that you have a healthy child because not everyone is so fortunate.’

On a rational level, I understood and accepted all of this. I was lucky; I fell pregnant when millions of women are hoping desperately month after month to achieve what I managed to do in one go without trying. My child was born healthy and perfect. I live in a first world country and don’t have to suffer famine or disease or war.

Believe me, I understand this. But it still just felt so unfair.

I’m pretty sure the human body plays evolutionary tricks on you at certain stages in your life once you’ve had a child. I remember being desperate for another baby when Ciara was about three months old. Honestly, what was I thinking? I literally had one on my lap and I was yearning for another. The same thing happened again when she turned two. She was a becoming a little person now and all the lovely soft baby elements were disappearing far too quickly. I wanted the milkiness and cuddles and chubbiness again. It happened again after the break up and I fully prepared myself for another bout when she started school.  I now had a fully-formed human on my hands who was to be separated from me on a daily basis to have her own experiences and begin her own life independently from me. It was the beginning of the end and I fully steeled myself for the imaginary-baby-blues to rear its ugly head once again. But, to my surprise, it didn’t happen.

Somewhere along the way, without even realising it, I had begun to enjoy life as a single parent of one.

I had far more freedom than most of my friends in couples had; Ciara was with her dad for one day a week and stayed with my parents for one night a week. I could go out! Have fun! Socialise! Most importantly, I could spend a full twenty-four hours in my pyjamas with no one around to judge me! I didn’t have to deal with squabbles and simultaneous bedtimes and feel continuously torn in different directions. I wasn’t constantly needed every minute of every day.

I had assumed this would bring me sadness but instead it’s given me a sense of self back. I recently went to visit a friend who has just given birth to her second baby and I asked her how she was finding it. Hollow-eyed and monotonously rubbing the back of her mewling babe, she replied, “It’s so….hard.” I realised then that, as beautiful as her baby was, I didn’t want to swap places with her. Yes, I’d still love another child one day and yes, I’d love Ciara to have a brother or sister, albeit with a very large age gap now. But that burning sense of injustice has dissipated and I’m content to enjoy Ciara for as long as she’ll let me and just see what happens with the rest.

Fiona Doyle is a volunteer for the UK’s largest parenting charity, NCT.  Find out about NCT meet ups in your area here