#instakids: How Do You Keep Young Children Safe on Social Media? 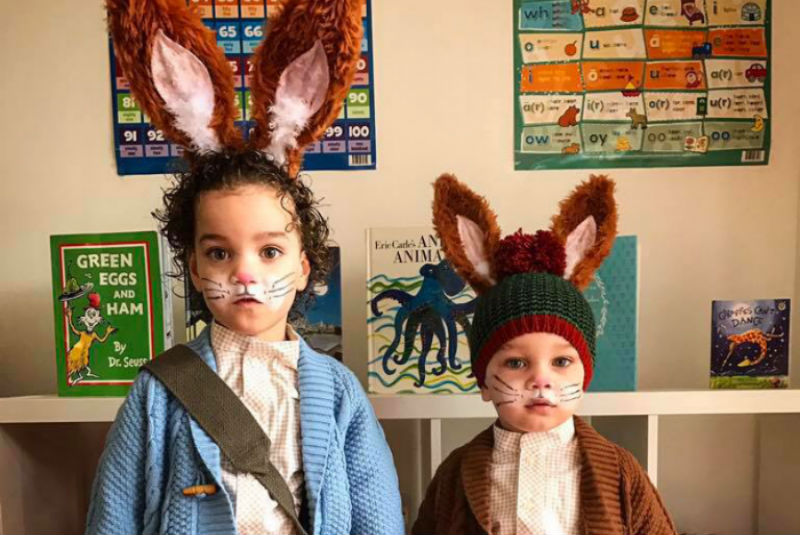 I remember when the first iPods came out, I was in primary school. I had a Myspace account in Year 8 and naturally a Facebook profile followed shortly after. Tech and social media is not a new concept to me, though I may not be as savvy as my youngest sister in her late teens enjoying the peak of social media in the form of Instagram and Snapchat, I am not as adverse as some individuals I know but shall not name.

What does it all mean though when you’re a parent? I have another life out there on social media, questionable fancy dress (Ann Summers lingerie counts as a costume when you have abs and zero stretch marks and are as drunk as a skunk in your late teens) or there’s the compromising, could probably be a source of blackmail photos as well the standard embarrassing, ‘what the hell was I thinking?’ photos.

For most parents it means presenting Pinterest-perfect lives of ‘wholesome baking with my angels, after a morning of practicing our French verb conjugations. Later we will do yoga in the snow and then have an arts and crafts activity with a delicious kale smoothie’. When everybody knows the reality is that you probably stuck on a CD with French songs on it because you were sick of listening to Frozen for the millionth time and ‘lost it’, then shouted at them not to touch anything while you took hundreds of photos of them ‘ready to bake’ before sticking a DVD on, binning it and pulling out a shop-bought version to authenticate with a dusting of icing sugar. You kicked them outside and those ‘yoga poses’ are actually them trying to kill each other and you don’t blame them because you wonder who the hell thinks a kale smoothie is delicious and you want to kill yourself for even spending a small fortune on something nobody will like when you’ll just end up with chicken nuggets and chips for dinner in the end.

You’re not the only one, I do this. I’m so guilty of doing this it’s ridiculous and yet I’m addicted. What started off as an overflow to my oversharing of photos of my children on Facebook has turned into a part-time job (the other part-time job is keeping them alive of course). I spend so much time taking the perfect photo and editing it, for what…a few likes? Then something magical happens! Polarn O’Pyret shared a photo of my oldest in one of their unisex tops smelling flowers, PingPong, a dim-sum restaraunt chain, recently shared a video of my youngest using chopsticks. Briefly, they are seen, thrust into the public eye for a few seconds and I love it. It was pointed out to me that as they get older my boys may resent me for publicly sharing photos of them using social media, it has been raised several times by various individuals.

I am a firm believer in respecting others, currently my boys love their photos being taken and don’t fully understand social media. I have very few followers as it is, the majority are friends that I know on some sort of personal level. While I couldn’t care less about them being embarrassed in a few years (I do care but it’s quite low on my list of priorities and will be more of a ‘I’ll deal with it when/if it happens’. My main concern is their safety.

I always read about keeping children safe online, monitoring their usage. Horror stories of parents who go on their child’s tablet and see explicit messages via a supposedly safe gaming forum aimed at children. But, how do you keep children safe online if you’re the one sharing information about them?

The easy answer is don’t do it. Don’t share photos or any information about your children online. It’s probably the most recommended option. For me, social media is an outlet and a way to share my experiences as a parent with a child that has additional needs, as a single mother bringing up two young boys, as a parent living in London and sharing the wonderful and often unknown opportunities that can bring. Unfortunately, there are individuals out there who target children and as a parent it’s difficult to know what to do to keep your child safe.

Here are my tips:

Hopefully this will be enough to keep them safe and when they are old enough to take over the @littlelondoners Instagram account, or whatever is the popular social media platform du jour, they won’t be embarrassed and they’ll be sensible enough to ensure their own personal online safety, which is a topic for another day.

Like this? Share it, and spread the MOLO love! You can find more blogs by Paloma and for the latest from The Motherload®, pop over to our homepage

Paloma, 25 living in London. A single parent (referee) to two boys under 4 and sporadic scientist. You can follow Paloma on Instagram and on her blog
Image credit: Paloma Thompson