Should I Let My Child Play Fortnite? 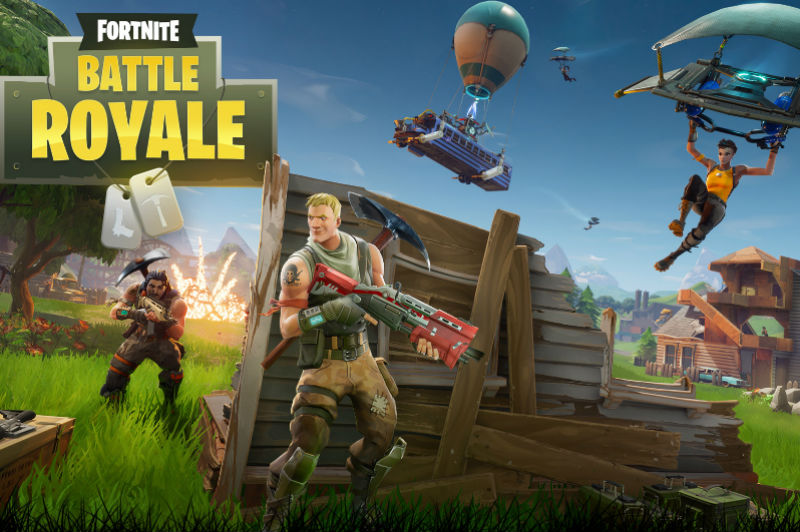 If you have a child aged ten or older you’re bound to have had the question “Can I play Fortnite?” But with stories about kids getting addicted to the game, what do you say? News reports this week covered the story of a nine year old girl who was so addicted to the free-to-play game that she was getting up in the night to play it, was wetting herself rather than stop playing the game to go to the toilet, and when her parents tried to stop her playing, she hit out. It’s a game which has worried many parents in The Motherload® Facebook group, who ask “should I let my child play Fortnite?”.

We hear from two mums, Beezy Marsh who says “okay” to Fortnite, and Samantha Curtis who says “no way”.

I like to think I’m a reasonably tech-savvy mum; I know one end of an iPhone from another and keep a close eye on my teenager’s Instagram account.

But I was rather unprepared for the lure of Fortnite, which burst into our family life some time after Christmas, with a “Can we get this game?” whine.

Well, once it had passed Dad-security checks (no swearing, no blood and guts, not too violent), I agreed and it was downloaded on to the Playstation.

I must admit, I was unprepared for the Fortnite effect.

Both kids  – aged 13 and 11  – then developed selective deafness to “dinner’s ready”, “feed the guinea pig” and, my personal favourite, “let’s go for a walk!”

But, despite concerns about its addictive nature, there were positives to this game.

They were playing TOGETHER. Not whacking each other around the head with pillows and not zapping each other with those bloody annoying Nerf bullets which I seem to spend  my life picking up. I even found one in my handbag the other day.

The graphics are amazing and the characters fun. My kids get to play as a pink teddy bear or a disco dude. What’s not to love?

There were worrying moments  – such as them sneaking on the computer at 6.30am on a school morning to play  – but I soon put a stop to that and threatened them that I would sell the Playstation.

And yes, there are infuriating times when an earthquake could literally erupt and they wouldn’t budge, if they were in the middle of a game.

We live in the countryside and have friends all over the place, so Fortnite is a way for my sons to keep in touch with old friends and play collectively.

The challenge is to monitor play – to ensure they aren’t yelling at each other or swearing  – and to enforce time limits. I accept, that can be tricky; as a busy mum I can always find things to do, which will take me away from them, meaning they could be on there for over an hour, which just seems to whizz by.

The lowest point was a family trip of a lifetime to Barbados, when they didn’t want to go to the beach, preferring to stay in and play  – you guessed it – Fortnite. But I simply pulled the plug and we all detoxed digitally. That included me on my iPhone.

So, if it wasn’t Fortnite, it would be some other game. I just hope, like fidget spinners and slime, it will soon have its day and then the Fortnite-mare will be over.

Just say NO to Fortnite

I am weary. I am tired of the sound of my own voice saying to my almost-13-year-old: ‘Turn off your phone; stop Facetiming your friend; shut down your laptop’ and my favourite; ‘please don’t post videos of me eating on Snapchat’.

I often find I have to talk past a screen of some kind to have a conversation with her.  The school pick-up (when we are travelling in the car together and she can’t bear to look at her phone because it makes her travel sick) and mealtimes are a technology-free oasis in the gadget-littered wasteland I often find myself in.

Why on earth would I want to add a highly-addictive video game like Fortnite into the mix?

Besides, I’ve already got that T-shirt.  I was the mum that naively agreed to let my then nine-year-old daughter play Minecraft on the Xbox. For a while, it seemed like we might escape the obsessive behaviour I had heard about from other parents but before long I found myself having to prise the joypad from her sticky mitts and almost force her to the dinner table to eat amid cries of: ‘I’m playing in Survival Mode. I COULD DIE, THANKS TO YOU!”

Oh, and the rage, the rage that was unleashed at her brother (who was a toddler at the time) when he innocently pressed the power button on the console, forcing the game to quit, mid-play. So, yes, I have seen my child lose her shit over a video game, albeit a relatively educational game with a lovely ambient soundtrack, and it’s not funny. It’s a little bit terrifying.

I’m not a gamer. I played a few titles before I had children and I enjoyed them for what they were, a distraction. I really got into Final Fantasy 7, back in the day but when I couldn’t defeat the ultimate boss to complete the game, I just gave up. I switched the bloody thing off and found a book to read.

I didn’t go and kick a plant pot over.

But I was (still am) an adult. I could rationalise my feelings (most of the time). Also, unlike most of the younger children playing the latest cult video game with its imitable dance moves and cartoon-like characters, when I was playing FF7 I had also a job to get up for, responsibilities to tend to. These days I have children to feed, wine to drink and Love Island on series link to watch. I simply don’t have much, if any spare time to invest in playing video games.

But your average 12-year-old does. They don’t have any of the pressures we parents do. They can submerge themselves in Fortnite’s colourfully-realised fantasy world (let’s not forget it’s violent, too) because frankly, modern kids have never had it so good. A 100 years ago, they’d have been looking after their siblings, scrubbing laundry in a sink, hoeing a vegetable plot, shelling peas and a myriad of other menial tasks to help their parents out. Advances in technology have gifted us many things and one of those is more leisure time and children have it in abundance.

And so, with time on their hands and few responsibilities, it’s easy to see how a child might become engrossed by a game that has been designed laden with ‘hooks’, hooks designed to make them want to keep coming back for more. Hooks that make them want to spend their parents’ real cash so they can progress in the virtual world. Hooks that keep them up late into the night playing the game. Hooks that mean they get up early to turn their console on for an hour’s game-play before school and hooks that make them shout and scream at the TV, or worse at their mum and dad when they try to shut down the same game.

The Daily Mirror online recently ran a story about a nine-year-old girl who is being treated for game addiction after playing Fortnite for just a couple of months.  She is in rehab. She is nine years old.
Speaking to the Daily Mirror, psychologist Dr  Linda Papadopoulos says it is the mechanism of the game, which works on a reward and punishment principal, which puts youngsters at risk of becoming addicted to playing it. As Papadopoulos explains: “This can be dangerous as children don’t have much control over the manipulation of their brain’s reward system.”

So, you can perhaps see why, like Zammo did with drugs, back in the 80s, I am saying ‘No to Fortnite’ for my eldest child. I don’t care how cool it is that the game’s avatars can do The Floss, or that rapper Drake plays it online and Premier League football players copy the moves when they celebrate a goal.

The last thing I want is another battle on my hands. So, no matter how much she pleads,  promises to turn it off when I ask her to or to clean her room and do her homework on time, I’m saying a right Royale “NO” to Fortnite.