Is Kirstie Allsopp Right To Sit Separately To Her Children On A Plane?

Tips to keep your good mood when traveling with toddlers
What are the Main Principles of Heuristic Play?
The Motherload Book Club: Take It Back 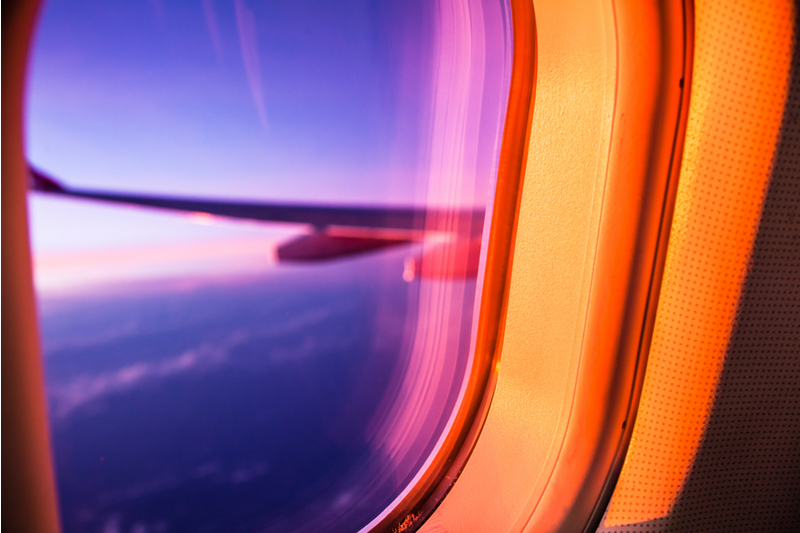 Kirstie Allsopp has caused a storm in a home-made tea cup over her comments about choosing to sit separately to her sons on an aeroplane.  This is ironic as I am usually battling with the airline’s customer service department the night before the flight to avoid having to pay an extra £150 so that I can pre-book our economy seats and my husband and I can sit next to our 3 year old daughter.

The statement which seems to have ruffled people’s handmade quilts on social media is:

Club Class should be a huge treat you’ve worked hard for. If kids get used to it, what do they have to work towards? It seems like an absurd waste of money and very spoiling.

It has been met by a raft of comments about how damaging this is for her children. One commented that the children would need years of therapy to recover. At best, a prime example of inverted snobbery. Imagine the outcry if she had said that about similar age children who take the bus to school alone because their parents have to get to work on the other side of town. Your decision on seat choice today will affect the future happiness of your child to such a degree they will end up in therapy. Seriously? I’ve eaten less horse shit in an in-flight meal in the 80s!

Along with millions of other parents, I use a reward chart for my daughter as a way to encourage her to get herself dressed, be kind to others, tidy her toys away etc. In the parenting guides, it is seen as a perfectly normal way to motivate a child. They use this method in class rooms; millions of students are sitting their GCSE and A Levels having worked hard to achieve the best grade they can to access their chosen career. As adults we work hard to achieve something, whether it’s a higher salary or a commission all towards the standard of living we desire. However, when it comes to parenting, this is morally wrong. Excluding the high ticket item being discussed, it is a parent using a reward as motivation for shaping behaviours and results.  Because of a parent’s love for their child they want them to be the best possible person they can be and if using a carrot to get them there is the most effective way then please explain the issue and I will do away with the Peppa Pig star chart immediately, or maybe at the end of the week when she should have earned her bike bell.

It seems like an absurd waste of money and very spoiling.

This part of her comment was met with even louder vitriol. She doesn’t want to waste money on things which her children will not appreciate or value. Surely this is common sense parenting?

If we go out to eat, I order my children food from a children’s menu and we order from the more expensive, more indulgent main menu, sometimes I leave them at home with a babysitter. I sit in the front of the car and they sit in the back. I could sit between the two car seats in the back so we can all be together as a family but I don’t – I am the grown up so I can choose the best passenger seat in the car that I paid for. Kirstie’s choice to sit separately from her boys is no different and she is entitled to an indulgent treat. As adults we shoulder countless responsibilities so why shouldn’t we be entitled to adult only privileges too?

Seeing their parents treating themselves, not at the children’s expense but because they deserve treats too, is no bad thing. Their time will come.

There is an assumption that a person’s concept of value for money is linked to their personal wealth and it isn’t. There are 100 pennies in a pound whether it belongs to me or Richard Branson and a waste of money is a waste of money.  Assuming Kirstie is traveling with her family to New York for October half term, a popular long haul flight, it would cost on Virgin Atlantic an additional £1,300 and for this they would benefit from:

“A few inches of space, a glass of bubbly as you board, and a tasty meal served on china crockery with proper cutlery.”

Find me a 12 year old whose trip would be improved by sitting in Premium with a china plate rather than sat on their own without Mum and Dad monitoring your use of screen time and the number of Haribo you eat. If she chose to spend the money on the children, £1,300 would buy a PS4 and a couple of iPads with change left over for an ice cream sundae. Children don’t appreciate the same things as adults so why spend money on something they won’t get any value from?

The children are 10 and 12 and the family are all on the same plane, they can’t get off and they can access each other at any time, they are separated by a curtain. Nobody is in distress.  It is unfair to assume that her children are going to misbehave because others have in the past. Give her and her children some credit. From one mother to another I trust that she knows her children better than anyone else and if she thought they couldn’t behave or would be unhappy, she wouldn’t do it.

“Obviously this wasn’t the case when they were little but now they are big enough to sit separately, they do.

As parents we are judged by other people constantly for the decisions we make, but whose ideals should we be judged by? What amount of money is appropriate to consider wasteful on a child, what distance can we sit from our children and until what age? This feels like a class argument thinly veiled as a debate about parenting.

Airlines separate families all the time but because it is the parents choice to have some space from their children, it is headline grabbing.  Sadly this story has got more air time, pun intended, than the Qatar boss’ statement that only a man can run an airline”

What do you think, is it ok for Kirstie to choose to sit separately to her children on a long haul flight?