IVF: The Embryos That Didn’t Survive 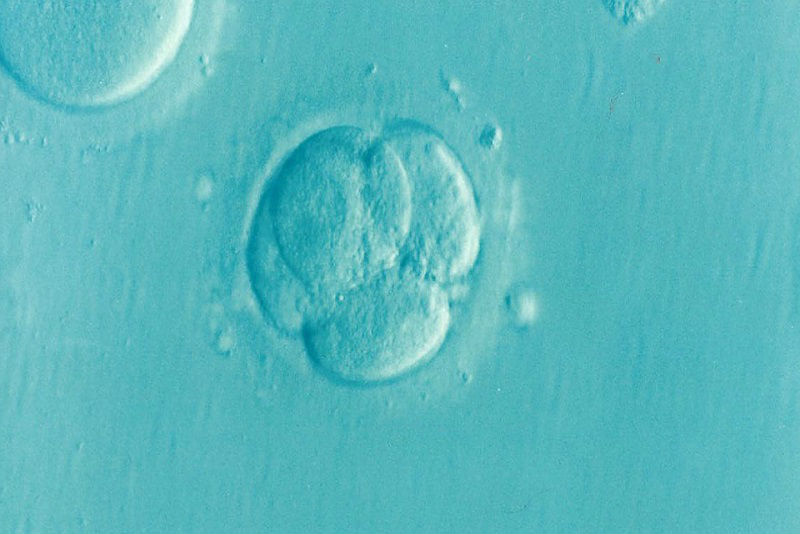 When I think back to my IVF experience, I remember feeling a mixture of emotions. Happiness, anxiety, joy, anger and disappointment all featured heavily.

The process started in 2012 and we were very lucky that in 2014 I gave birth to our eldest daughter. Holding her in my arms for the first time is one of my most treasured memories. She had been conceived and allowed to develop in a laboratory for five days before spending the following nine months growing inside me. Nothing could have prepared me for what it would feel like to see her for the first time. After some heartache, our second daughter was born in 2016, and once again I was flooded with love for the tiny person who we welcomed into our lives. She looked like her big sister and still stares up at her with adoration in her eyes.

But the majority of the embryos we created perished, and at times it can be hard to think back to the time when we were in the midst of IVF cycles, desperately trying to create the family we imagined.

During our first IVF cycle we were fortunate that the treatment worked well and extra embryos were conceived. A large number of embryos made it to the Day 5 blastocyst stage, and one of these blastocysts (our eldest daughter) was placed into my uterus. We chose to freeze the remaining blastocysts at the laboratory to use when we were ready to try for a second child.

When we returned to the clinic to try for a sibling, things didn’t go to plan. It sounds naive, but this came as a shock to me as we had sailed through to our first pregnancy. In comparison, at our second attempt we lost three of our frozen blastocysts on the day they were due to be placed in utero. We had no pregnancy to show for the physical, emotional and financial burden we had endured. Further down the line, the remaining blastocysts from our initial treatment cycle did not survive either. We were so fortunate that after this we did have another pregnancy.

The birth of our second daughter was a time of indescribable joy. As I held her for the first time, I also felt an immense sense of relief rush through me that we had our two children as I had always hoped we would. My daughters are now aged three and one and now that the madness of the tiny baby stage has passed, I have had time to reflect on the journey we took to create our family. I find myself coming back time and again to the embryos that didn’t make it to babyhood. I wonder if they too would have looked like our daughters, and whether they were boys or girls. Sometimes I wonder why I think about them as much as I do, but they were desperately wanted and during the treatment we allowed ourselves to hope and dream that they would become our children. The other side of the coin is that if any of these blastocysts had made it through the full nine months, then our second daughter would most likely not have been conceived. It is unimaginable that our family could be without her, and we are beyond grateful that she is here with us.

From time to time I raise a glass to those tiny babies who I didn’t get the chance to meet. I imagined you as part of our family, and I will always know how much I loved you and longed for you to join us.

Like this? Share it and spread the MOLO love! You can read Hannah’s last blog, Giving Up The Payslip and for the latest from The Motherload®, head to our homepage