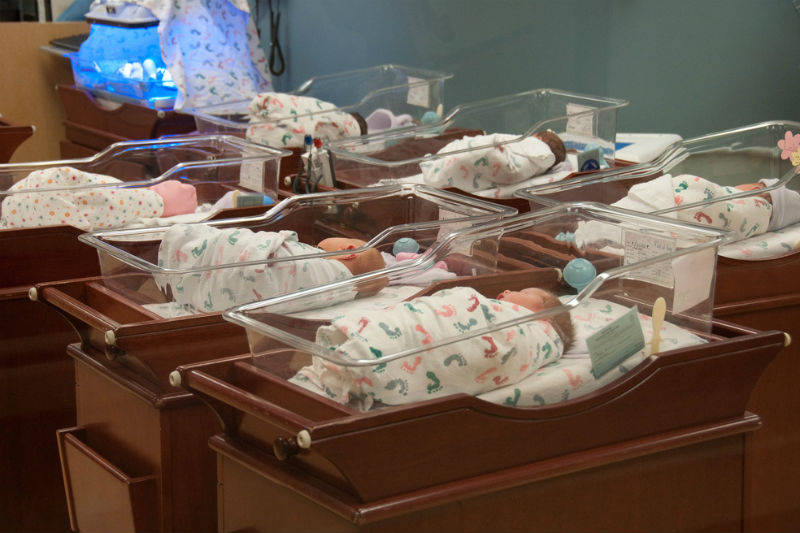 I think if you asked any mum if she was perfect, she’d say no. So then why do I feel more judged as a parent than I ever have before?

Being a parent is the most self-doubting time I’ve ever experienced. There’s no training, a million different contradictory guidelines, a moving target and all for the greatest responsibility we’ll ever have. Even the most experienced and self-assured parent must sometimes doubt themselves and the choices they make.

I made a comment on a post online recently. I wanted to show another side to a point of view someone had expressed. I shared my own experience politely, albeit nervously. Another mum immediately replied, questioning why I had made a certain choice. It may have been merely curiosity, but I felt challenged and ended up posting a very apologetic, self-deprecating response. I then spent the whole day questioning the decision I’d made six months earlier. Another mum, commenting on the same post, wrote that the types of women they were discussing didn’t deserve children. I probably won’t post or comment again for a while and I’m usually a pretty confident person.

I’m new to blogging too and I’ve found myself constantly moderating what I share. A friend of mine looked through a draft of my first blog post, and recommended I reconsider saying I found going to work much easier than staying at home because the ‘sanctimommies’ would pounce on me. And so I deleted the paragraph.

Don’t get me wrong, I’ve seen plenty of mums ending comments with ‘each to their own’ and the like. They’re acknowledging that people make different choices, and they get it. And of course we’ve all seen the opposite end of the spectrum: the minority of nasty mums who think the internet’s wall of anonymity grants them special parenting expert privileges.

But I’ve noticed there are also mums who I’d wager don’t realize they’re making others question themselves or too scared to tell their own stories. I’m talking about mums who say for example that they would never do cry it out because it ‘damages’ a child. These mums know perfectly well that others reading their comments may have tried crying it out. Maybe they were desperate. Maybe they’d read different research. Who cares: it’s their choice. However, the chances are they don’t want to ‘damage’ their little people either and so with comments like these, in creeps the self-doubt.

An easy check I’ve come up with is to ask myself: “Is there a chance I could make other parents feel bad about themselves or their choices with this comment?” If so, then I keep it to myself. Mums can be the most fantastic and supportive community, as The Motherload® has shown me. I’ve read some hilarious posts, but also some incredibly sensitive and sympathetic responses, particularly when it comes to PND or relationship breakdowns. But in the choices we make for our children, outside of the obviously dangerous, we need to let each other make our own decisions, and our own mistakes, without fear of judgement.

Personally though, I’ve had enough of worrying about being judged or shamed, so here are some of the ‘terrible’ parenting choices I’ve made. I’m throwing them out all at once. If you want to judge me, please do so quietly in your own head.

I had an epidural as soon as possible, before it even really started hurting, because I wanted to.

I put my daughter into a night nursery at the hospital she was born in, so I could catch up on sleep the first few nights.

I implemented a strict feeding and sleeping schedule as early as I could and didn’t feed on demand at all, because I’m a control freak.

I went back to work full-time at 12 weeks and left her with her dad. And I loved it.

I drank wine while I was breastfeeding, because I like wine and I hadn’t drunk it for nine months.

I gave up exclusively breastfeeding at six months, because I was fed up of it.

I put my daughter into part-time childcare at six months, because I wanted to keep working.

I went away on a boozy weekend with a friend when my daughter was four months old. And it was amazing, apart from the engorgement and pumping.

I gave up on making purees after three days and now only use Ella’s Kitchen, because it was a hassle I could live without.

The Circle of Neglect

I use my jumparoo (aka Circle of Neglect) as a babysitter at least twice a day so I can surf the internet or watch Netflix.

So yes, maybe these make me seem like a pretty awful and selfish parent, but I could list twenty times as many things I’ve done that have been purely for my daughter. I love her so much it makes my heart hurt and I don’t regret a single thing. So I think she’s going to be okay, and it’s definitely not anyone else’s business to tell me she’s not.