Understanding Autism: A Letter to my Son 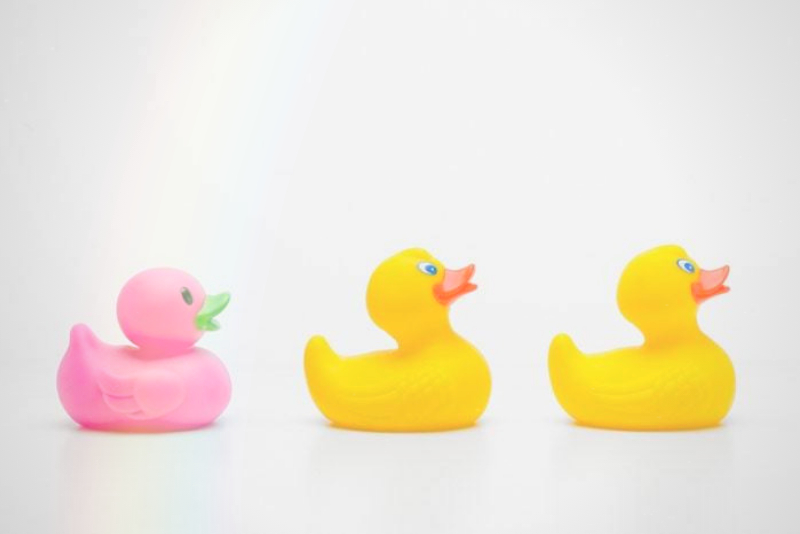 Today, we went to a football party. You stood in the middle of it all looking confused, and periodically covering your ears. Your skin is raw red from your last neck crease to the start of your feet with horrific open eczema.

You’re holding a child’s hand, someone you don’t know. Every other child in the room is laughing, singing, dancing, playing with the footballs. Your feet are glued to the ground, awkward and uncomfortable. It’s clear you have no idea how to behave in this situation.

For the first time in all my life, my eyes glance around the room, at the parents who are sat around the sides of the village hall and I wonder what they’re thinking about you. Do they think you’re odd? Maybe they’re wondering what’s wrong with your skin. Or maybe it’s the way you can’t join in.

I’ve noticed so they must have. I sit there for a few minutes before I do something I’ve never ever done before- I get out of my seat, go right into the middle of the room, take your hand and lead you away. You half smile at me and then you say “I don’t really like that do I mum?”. You spend the rest of the party playing with a ball and some cones with your baby sister, who you keep hugging. I can’t help but think she’s reassuring you in a place that feels so very alien. I’m instantly glad, despite the hard work, that you have her.

Since the word autism was mentioned all those weeks ago, I’ve noticed the subtle, and sometimes not so subtle ways in which, you just aren’t the same as other children. The things you don’t understand, the social constructs, the melt downs when something suddenly changes, things that aren’t even in our control.

The start of our little journey has surprised me. I never expected it to be met with such distaste, with the rolling eyes, the eyes that say, what a load of old nonsense, there was no such thing as autism when I was young. He’s just a normal boy! Doing normal boy things!

Strangely, I want to believe it too. After all, no one wants there to be something wrong with their precious baby boy. But there’s a nagging in the back of my head. Why would school say those things if they weren’t true, if they weren’t genuinely concerned for you? Aren’t they busy enough already without another statemented child in the classroom? What if you are okay just now, albeit a little bit behind, but in 2 years you go to middle school, and you drown in a sea of 700 other children, and the different rooms and different chairs. What if you struggle and no one knows, so no one throws you that life jacket? What if?

That nagging is loud today. And I have no answers to quieten all of the questions and worries I have about you. As a parent, everything I ever do has you at the very heart of it, and I hope beyond anything else, that the choices I make are the right ones.

You want to be a pilot, but how will you do that if you don’t even make it through school?

Back in the safety of the car, you eat the birthday cake, and tell me all about Noddy which is your new favourite thing, and you list the characters for the next 20 minutes before suggesting an aeroplane party when you’re 7, where your one friend can come to the airport and learn all about the planes (your words).

My heart hurts and I wonder how many other 6.5 year olds have an obsession with Noddy and planes.

I’m hoping they’re wrong, maybe you are just a square peg, and as you grow, you’ll find the perfect square hole which will be an infinitely better fit for you than football parties and school. Where you can be the best version of you, unhindered by trying to fit in. Maybe.

And maybe they’re right, and it’s more than just weirdness, it’s life long, it’s ‘something’. It’s a thing that might harm you and make you get lost if we just leave it alone and ignore it.

And in ignoring it, maybe we won’t embrace all of the good things that could come out of a diagnosis like this one. We might suppress all of the amazing qualities you possess and make you think they’re not so important, when in fact, out of everything, they’re the most important. Since they’re the things that make you, you.

We’ve got a long road still to go, and I don’t know where it leads. But I’m watching out for you like never before, and doing my best to make sure you feel ok in your skin. I’ll protect you, whatever the outcome, like a lion protects a cub. There’s nothing more dangerous than a mother. And together, we can show the world the beauty of the places we never envisaged we’d see when we set out together, 6.5 years ago.

The world seems strange sometimes Bertie, but I’m holding your hand. We’ve got this.

Blogger, musician, mother to Albert and Ivy. Serial procrastinator. Still don’t know what I’m going to do when I grow up.