May v Leadsom: A Win For Women? 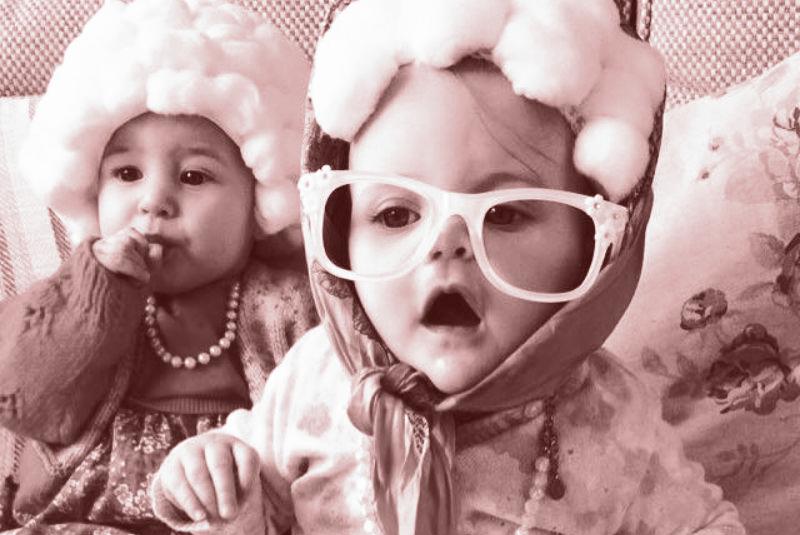 With Michael Gove out of the Tory leadership race, we now know that the next Prime Minister will be a woman. The Conservative Party membership will have to decide between Theresa May and Andrea Leadsom. But is this a win for women?

Perhaps you welcome a woman getting the job because of the message it sends to our daughters. Maybe you wonder why the Conservative Party is selecting its second female leader – something the Labour Party has not yet done – when the Tories are arguably less interested in the advancement of women? Or are you a terrified Child of Thatcher who never got over it? We asked three Motherload bloggers, Sophie Law, Geraldine Cooper and Fiona Behl, to share their thoughts. Please add your own in the comments section.

Sophie Law says ‘yes’ because it will show girls they can achieve anything:

There is much to be dismayed about in the current state of British politics. No-one in charge, no-one planning for a future sailing into uncharted territories, in-party squabbling and disarray abound.

But one thing has quietly lifted me during this week’s race to be Britain’s new Prime Minister: the proportion of male to female runners.

At the beginning, the split was almost 50/50, and since then it has risen to the point we’re at now: the certainty that the next leader of our government will be a woman.

Regardless of your political views, this takes me back to my childhood. When I arrived in the world as the Eighties were dawning, we had a woman on the throne and woman in Downing Street.

Helen Sharman was the first Brit in space (sorry Tim Peake fans, but let’s face it: she counted). She came to my school and the fervour was of Beckham-esque proportions.

I grew up not even aware of feminism or equality, because men and women seemed equal – hell, if anything, women were slightly ahead.

That’s what made me happy about this week’s leadership race coming down to May v Leadsom. It reminded me of growing up feeling like ANYTHING was possible for my future.

True, there has still been far too much discussion around their clothes, appearances – even the interior design of their homes – for my liking, but it fills me with a happy nostalgia for my growing up experience and the hope it will be shared by the girls (and boys) of the next generation.

And that can’t be a bad thing.

Geraldine Cooper says ‘no’ because neither will blaze a feminist trail through Parliament:

After all the bizarre and unexpected twists and turns in Britain’s political narrative in recent weeks, one thing is now absolutely clear: the country’s next Prime Minister will be a woman. Andrea Leadsom or Theresa May. Whatever you think about the ins and outs of the Brexit vote or the treachery and skullduggery that followed, this – we are told – is a remarkable time for women in politics. By the end of 2016, there may be a woman in the White House as well as in Downing Street, not to mention a female Chancellor in Germany and a woman at the head of the IMF. To borrow a phrase first coined 20 years ago this week: “Girl Power!”.

How sad then that no sooner had it become apparent that the contest for the top job in British politics would take place between two women, than the hackneyed old cliches about womanhood came to the fore. “Being a mother gives me the edge on May – Leadsom,” proclaimed the headline on the front of Saturday’s Times, which quoted the energy minister as saying that having children has given her a “stake in the future”. As soon as the article was published, Mrs Leadsom tweeted that it was: “Truly appalling and the exact opposite of what I said” – a claim disputed by the journalist who wrote it. Theresa May has no children and has spoken of her struggles with infertility – a deeply private matter, about which I still cannot believe she has been asked to comment.

Goodness me – I almost had to pinch myself to double-check I wasn’t dreaming and we are in fact still living in 2016! What about their policies? Well, it is important to remember that just because the next Prime Minister will be a woman does not automatically mean it is good news for women. They are both known for their right-wing views, so don’t expect either of them to blaze a feminist trail through Westminster. After all, one of the criticisms most often levelled against Margaret Thatcher is that she did nothing to advance the cause of women.

So – where does this leave us? Well, you can always read about Mrs Leadsom’s penchant for making roast beef and Yorkshire puddings or check out endless online galleries devoted to Mrs May’s fashion statements (of which there are many).

Whatever your politics, it is surely a sorry state of affairs that it took under 48 hours for the discourse about this hugely significant face-off between two politicians for the most senior office in the land to enter such predictably depressing territory.

After all, it’s not like we are in the middle of a national crisis where we might have better things to discuss, is it? Oh… wait.

Fiona Behl says ‘yes’ but is already worried about the sexist headlines:

The next Prime Minister will be a woman, it’s official. Great news and what feels like part of a wave of progress for womankind. Over in the US, Hilary Clinton is vying for President (let’s hope she gets it too because Mr Trump is even more scary than Brexit!), and today I heard that women are going to be allowed to serve on the front line with the rest of the troops. All this alongside Angela Merkel being Forbes #1 Most Powerful Woman, and a leader who has shown great compassion to the world’s refugees.

So there I was this morning putting petrol in the car thinking about this blog and I noticed the newspaper stand. A couple of headlines caught my eye: “Who will be the next Maggie?” and “Here Come The Girls”. FFS. Is this really where we’re at, when women are candidates for Prime Minister? It’s not like it’s the first time a woman has done the job so we don’t really need to go there. Would we see such headlines if the contenders were men? “Who will be the next David?” or “Here Come the Boys”? I especially hate “Here Come the Girls”. Setting aside the fact they’re not girls, but women it’s pretty darn patronising and a bit too Spice Girls for my taste. What about a gender-neutral headline, and one a bit more to the point “who will be the one to lead us through Brexit?”. It really pisses me off when despite apparent progress, the narrative given by some of the media is still somehow to undermine. Let’s turn the discussion to the issues and what each candidate brings to the table rather than dwell on them being women.

On the subject of Brexit, it’s going to be an extremely difficult job and no doubt a poisoned chalice. It’ll be impossible to please everyone with the country as split as it is. Comparisons to Margaret Thatcher, whether fair or not, will undoubtedly be bandied around “UK gets screwed again by Iron Lady #2” etc. Of course I hope the winner does get it right and helps us out of the post-referendum chaos and distress but for a woman to take this role at this point in time, for me, it somehow adds another dimension to the suspense. If she fails then will it harm the cause for women getting the top jobs in politics? Would some end up wondering if a man could have done a better job? In 2016 women should by now have equal opportunity to succeed as men, but I’m not sure they have equal opportunity to fail.

When all is said and done I’m really pleased my daughter will get to see a female Prime Minister, and hopefully more to come in her lifetime. Perhaps I’m being naive or an idealist but it would be nice to think for her and her children’s generations that any suitably qualified individual (male, female, or other) could rise to the level of Prime Minister, including non-white and those not educated at Eton, Oxford or Cambridge. I want to celebrate having a woman in charge but at the same time don’t because it should just be normal. So, “Here Come the Girls” and may the best woman win.

Sophie is a thirty-something mum of two, a big eater of food and drinker of wine. When she’s not arsing around with writing, she is a radio presenter, producer and journalist and also a jobbing voiceover artist.

Geraldine is a multimedia journalist who has spent her career working in some of the UK’s busiest newsrooms.    Her hobbies include singing, learning useless trivia, watching terrible TV and eating chocolate.