Introducing The Motherload Podcast!
The Importance of Asking, “How Are You?” 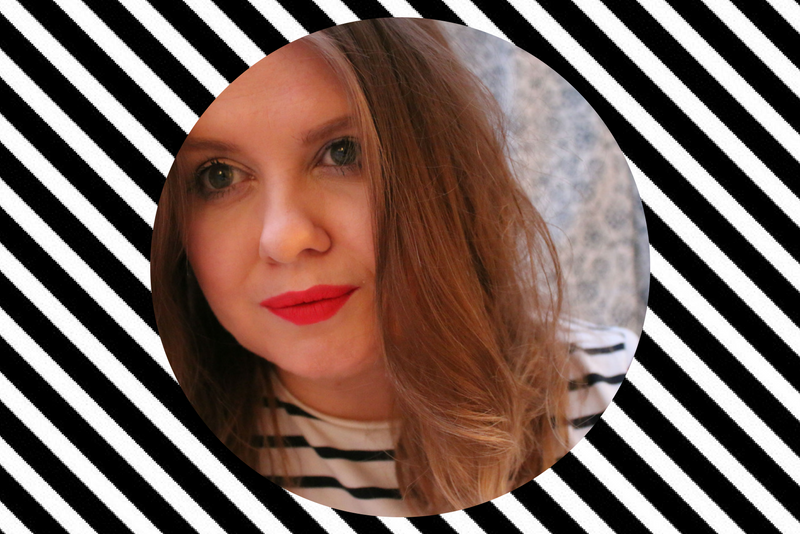 I’m the Founder of The Motherload®. I created it in June 2015, after needing a place to be myself and discuss my version of motherhood; which as it turns out, is nearly 60,000 women’s version too. I believed that motherhood shouldn’t be judged, guilt-tripped or lonely. I know we can’t create a world totally void of that, but I hope we can start to make a difference with the way we interact with other mothers and women and hopefully, think with kindness first. No one is perfect; we are all winging it and just doing the best we can.

I consider myself to have ‘recovered’ from postnatal depression, post-traumatic (birth) disorder, and anxiety after nearly three months of intensive therapy. I was ill for a long time and at times, it was an incredibly low, and dark place. I’d never experienced anxiety and depression before; it hit me like a tonne of bricks. To the world, I was fine. Inside my own home, I was crumbling from the inside out. I started to believe that I was never going to recover. Thankfully, that’s not the case. Therapy was tough. But it gave me back my mind.

I’m a proud feminist. My mother raised me immersed in feminism. Feminism is deeply embedded in The Motherload®; it’s the beginning, middle and end of everything that we do and in part why we are female-centric. I truly believe in the power of women coming together.

I am partially sighted. When I was in the womb, my mother contracted toxoplasmosis. At the time very little was known about it and women weren’t warned about the danger of it in the same way we are now. The infection affected my eyesight and on the back of my retina, I have a large circular ‘scar’ from it, that is sort of like an eclipse. I have a sliver of peripheral vision that fortunately means I can drive.

I can’t drive. (Yet!) I had lessons when I was 17/18, and even a car but I failed the theory test and decided to spend the lesson money on clothes instead. I then lived in London for a large portion of my twenties, and it’s more of hassle than a benefit having a car there so I didn’t bother. Now we live in Bedfordshire, it’s my aim for 2018 to learn to drive by the end of the year. I need to get cracking…

I love being married to Matt, despite him sending me bonkers every five minutes. He makes me laugh, cry, scream, giggle, squeal, and yell. It’s not been an easy ride to here, having gone through PND. We sought counselling and it was a difficult, but brilliant, experience. He’s my soulmate, my other half, my love.

I have two daughters; Bess and Maggie. I was 30 when I had Bess, and 33 when Maggie came along. Having children has changed and shaped me for the better – and the worse. I never could have believed I’d be capable of such love… and such little patience with everything else. They are funny, clever, bright little girls; I’m incredibly proud of them.

I love wine. This should probably be number one. I usually drink a good Shiraz, sometimes a Cabernet-Sauvignon. If I retrained to be anything, it would be a Sommelier. I am fascinated by it all.

I have worked in 9 industries, mainly in an administrative capacity (PA, EA, Co-ordinator roles etc) and across the public and private sector. Someone recently commented that my career history hasn’t been consistent. I’d argue that everything I have done has led me to here; given me experience and knowledge of so many issues. My problem solving is expert level now. There aren’t many people I know, granted, who have worked for a major fashion designer, an Ambulance service, the Police, a record label, a gaming company, a solicitors, the Probation service, and even a building ‘rendering’ company. I was taught to render there. That was interesting and unsurprisingly, I got sacked after just three months. Just after I had been put into an industry magazine under the title ‘From Fashion to Facades’. Christ.

My favourite place to holiday is France. And Goa is my ‘ultimate’ holiday. We take the girls to France nearly every year, driving down to the South and staying in a variety of places before finally arriving at a farmhouse or similar. I think I love it so much because we used to go there when I was a child. As for Goa; Matt and I went on holiday there in 2010 after he won a libel case. I couldn’t believe that the sea was so warm; it was like bath water. I cried when on the penultimate day. I’ve never cried when leaving a holiday before or after. It’s an incredibly special place.

I feel the most relaxed when camping. I love it. I want a proper canvas bell tent. I have a cheaper version of the bell and we pack everything into our luggage chest coffee table and go off to a field or something and set up for the night. I love that feeling of being cosy, of the sun in the morning over a cup of coffee. I love listening to the rain on the tent. Even just thinking about it makes me relax.

Weirdly, my second most relaxing place is Ikea. I LOVE Ikea. When I suffered with anxiety my ‘safe place’ was to read interior blogs and magazines, and the Ikea website. Even better if I can get to the store and just mill around the installations for a couple of hours. I actually get the same feeling at Ikea that I do when I have a massage. So bizarre, but if it works, it works, right?

I’ve been going to festivals for 20 years. I have no intention of stopping, despite saying every year that it’s the last one. My best festival experience was at V festival when my friends and I spent the whole weekend in our tent, eating biscuits and telling each other random funny stories. Taking kids is a different experience entirely but it’s still just as brilliant. ‘Messy’ takes on a whole different meaning, mind.

I hate fancy dress. Especially 70s and 80s. My heart drops when people add it to an invite. I know, I’m a total miser.

I met Alison at a friend’s lunch years before starting The Motherload®. I had a funny feeling she was someone I would know better, but there weren’t opportunities to get together – the friend connection wasn’t strong enough to develop a friendship from that one meeting. We became Facebook friends and she joined The Motherload® very soon after I set it up. I consider her one of the most important people in my life now. She’s also incredibly patient with me, and somehow, we compliment each other very well.

My favourite food is curry. But I hated it until I was 29 and went on holiday to India. I thought I was screwed and wouldn’t have anything to eat; instead I left with an addiction. I recently discovered Kohinoor sauces and they are bloody lovely. I’d literally eat curry every day if I could. Apart from Sundays; that’s a day for roast dinners only and I make pretty great roast potatoes.

I’ve lived in London twice, the first for 2 years and the second for six. I broke all the rules by living North and South of the river, in the East and in the West. I even went to university there, The London College of Fashion, which was on Oxford Street. We left London four years ago and while I don’t regret the move, I do miss city living.

My perfect day would be to wake up with my girls and Matt, have breakfast in our favourite pub, The Crown at Henlow, and then taking the girls into London to watch a matinee show. We’d then have a swanky dinner somewhere lovely, like 2850. I’ve recently discovered oysters – don’t ask how I got to 36 without trying them. I’m attempting to make up for it now. I’d also have a steak, with peppercorn sauce. And then home, with our two sleepy, snuggly girls for more wine and chat with my love. Perfect.